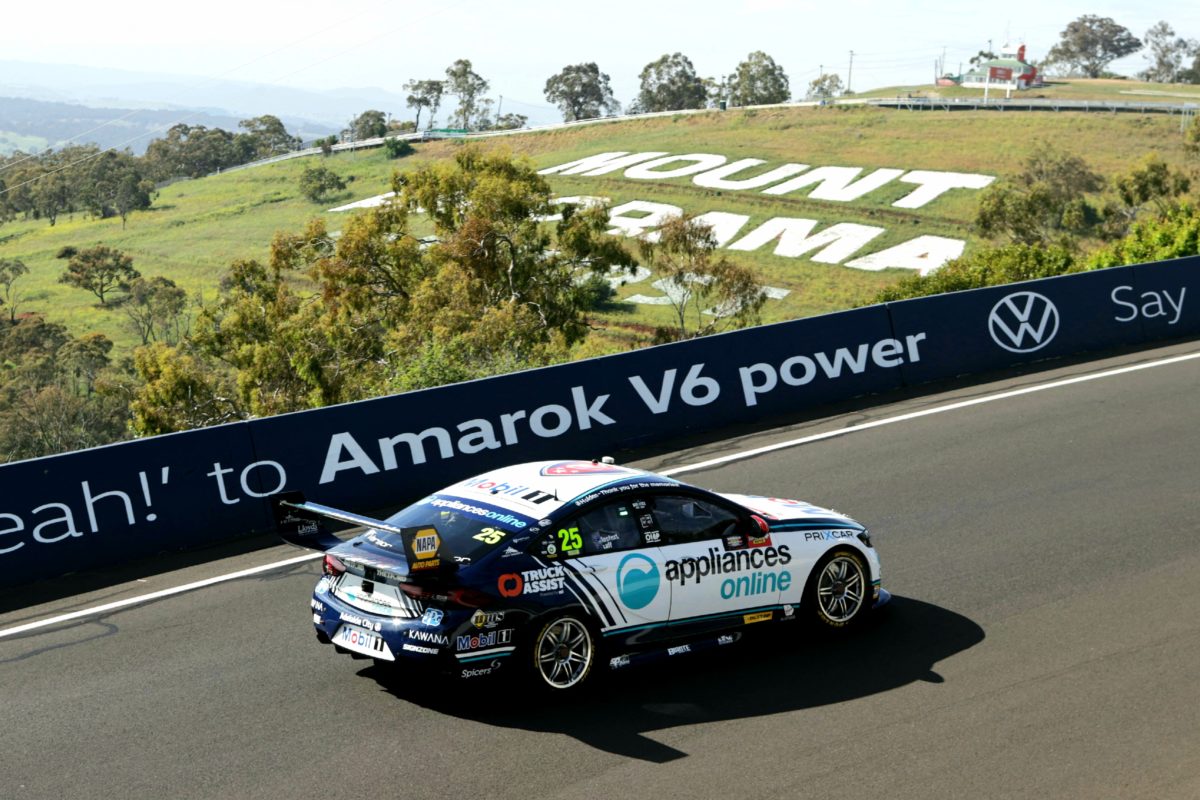 Warren Luff has gone fastest in the final co-driver session at the Supercheap Auto Bathurst 1000 as Tony D’Alberto encountered a transaxle issue in Fabian Coulthard’s #12 Mustang.

D’Alberto drew a red flag when he stopped in the Murray’s Corner run-off area just beyond a quarter of a way into the hour of running which formed Practice 6 at Mount Panorama.

Remarkably, that was not the end of his session, with the Shell V-Power Racing Team managing to replace what was to have been the race transaxle in the 41 minutes which #12 spent in the pits before it was sent back out.

He managed to eke out three tenths’ worth of lap speed in the handful of minutes which remained in the session to end up 16th on a 2:06.7452s.

Luff was 1.2855s quicker on a 2:05.4597s in Chaz Mostert’s #25 Mobil 1 Appliances Online ZB Commodore, while Thomas Randle was the first of two Brad Jones Racing drivers to make the top 10, in second position.

The Super2 Series leader finished 0.2820s off the pace in the #8 R&J Batteries ZB Commodore, just under a tenth quicker than the Red Bull Holden Racing Team’s Garth Tander, while Tim Slade was 14th in Scott McLaughlin’s #17 Mustang.

Car #12’s mishap triggered a red flag in the 17th minute, and a delay of almost eight minutes before the session restarted.

Dale Wood had pitted earlier in the session with the #15 Castrol Mustang blowing smoke, which primary driver and Kelly Racing co-owner Rick Kelly implied was down to oil overfill.

In a sign that there were indeed no ill effects for the green Ford, Wood improved on consecutive laps to sit fourth just after the half-hour mark on a 2:06.5850s.

Tander’s low-fives stood as the best laps until just before 15 minutes to go when Luff, a driver with whom he has achieved a podium at Bathurst, got down to a 2:05.4597s.

The provisional pole-sitting #5 Truck Assist Mustang normally driven by Lee Holdsworth finished 11th in the hands of Michael Caruso, four spots up on the #888 Red Bull HRT ZB Commodore in which Craig Lowndes had taken the helm.

The final hour of practice for the weekend will start at 11:35 local time/AEDT.