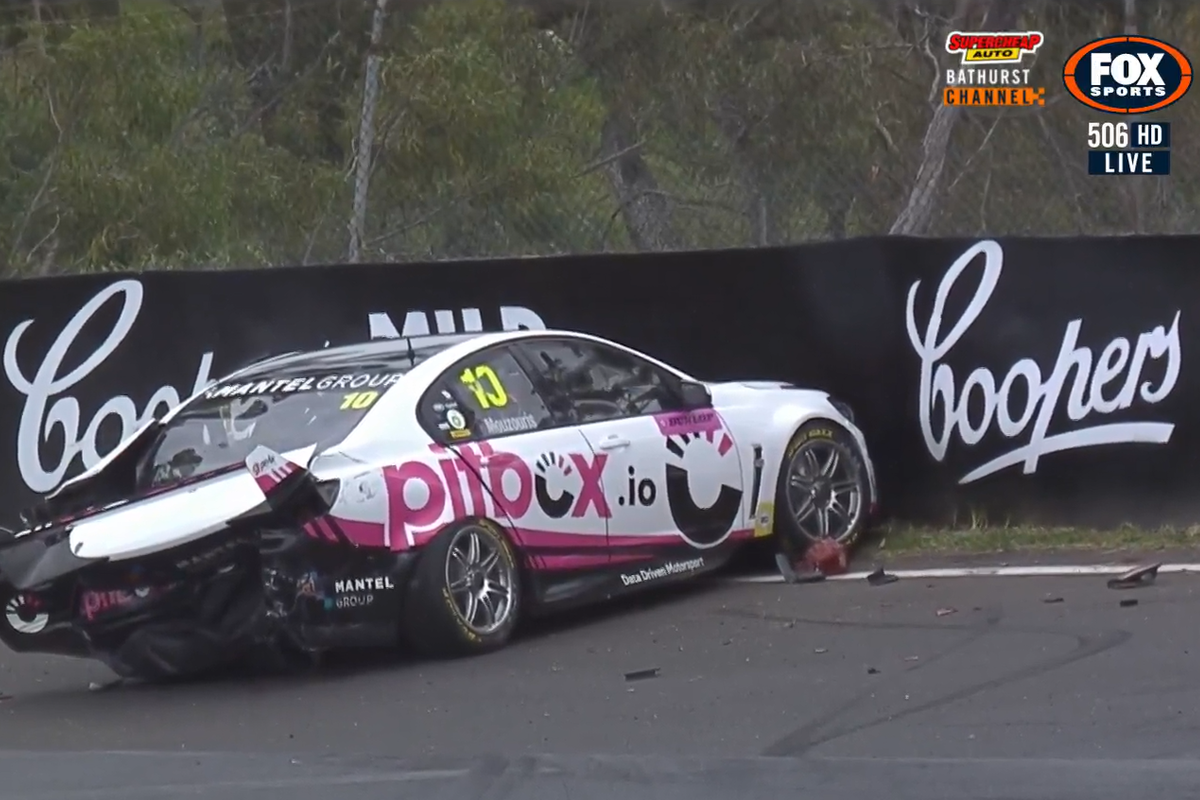 Will Brown has qualified on pole for Super2 Race 2 at Bathurst in a session which saw Broc Feeney and Angelo Mouzouris have significant crashes coming down the mountain.

Brown is set to share the front row with Image Racing team-mate Jordan Boys when what is expected to be the final race of the 2020 Dunlop Super2 Series gets underway this afternoon.

As strong winds blew at Mount Panorama, Tickford Racing’s Feeney and Triple Eight Race Engineering’s Mouzouris each caused a red flag after they came unstuck on the descent.

Despite the addition of 15 minutes to what was to have been a 20-minute session, an incident for Declan Fraser and the third red flag which resulted meant that matters were decided by just a set of single push laps midway through.

Drivers had only just started their initial flyers when matters were called to a halt in response to Feeney going in hard at the bottom of the Esses.

The rookie lost control coming down the hill and swiped the tyre wall on driver’s right before making heavy contact with the concrete just above The Dipper, but was able to clamber out of the battered #5 FGX Falcon under his own power.

When those remaining finally had a chance to complete a lap, Brown (#999 VF Commodore) was fastest with a 2:07.0695s despite dropping a wheel in the dirt at McPhillamy Park.

Mouzouris was seventh-fastest on a 2:09.2864s at the time and pushing for an improvement.

However, as he turned from Skyline into The Esses on his second push lap, the right-hand side of the #10 VF Commodore picked up such that it was momentarily on one wheel only.

The 2019 Australian Formula Ford series winner crossed the grass which lines the inside of The Esses but ran out of road to catch the moment and slapped the concrete wall on driver’s left before coming to rest in the tyre barrier on the other side of the circuit.

He too walked away from the scene and the session restarted with eight minutes to go, with Brown then going fastest to the second sector.

Randle, further back on the road, was quickest to the first sector before another stoppage came due to the #777 Anderson Motorsport FG Falcon of Super3 competitor Fraser becoming stuck in the tyre wall at Griffins.

Ojeda was therefore locked into fourth at 0.4393s off the pace and Josh Fife (#14 Brad Jones Racing VF Commodore) into fifth at 1.6975s away from Brown.

Mouzouris was left without a lap time due to causing a red flag. 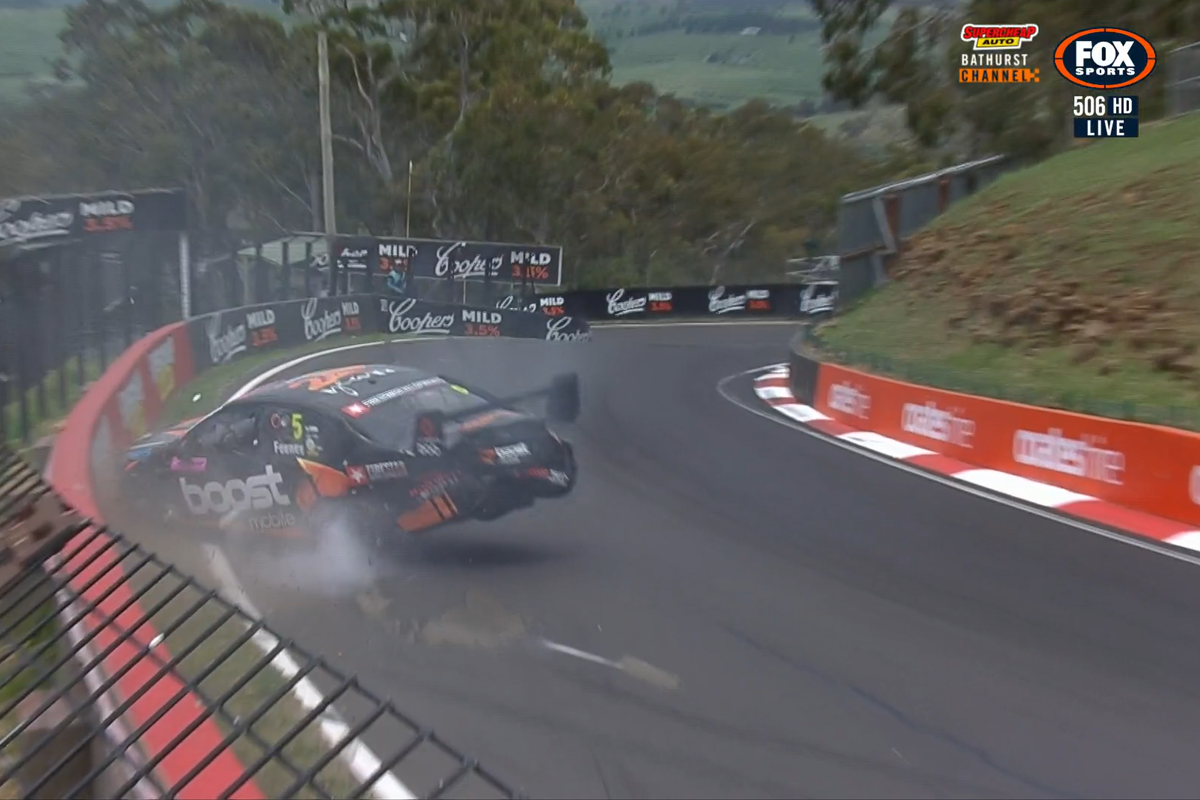