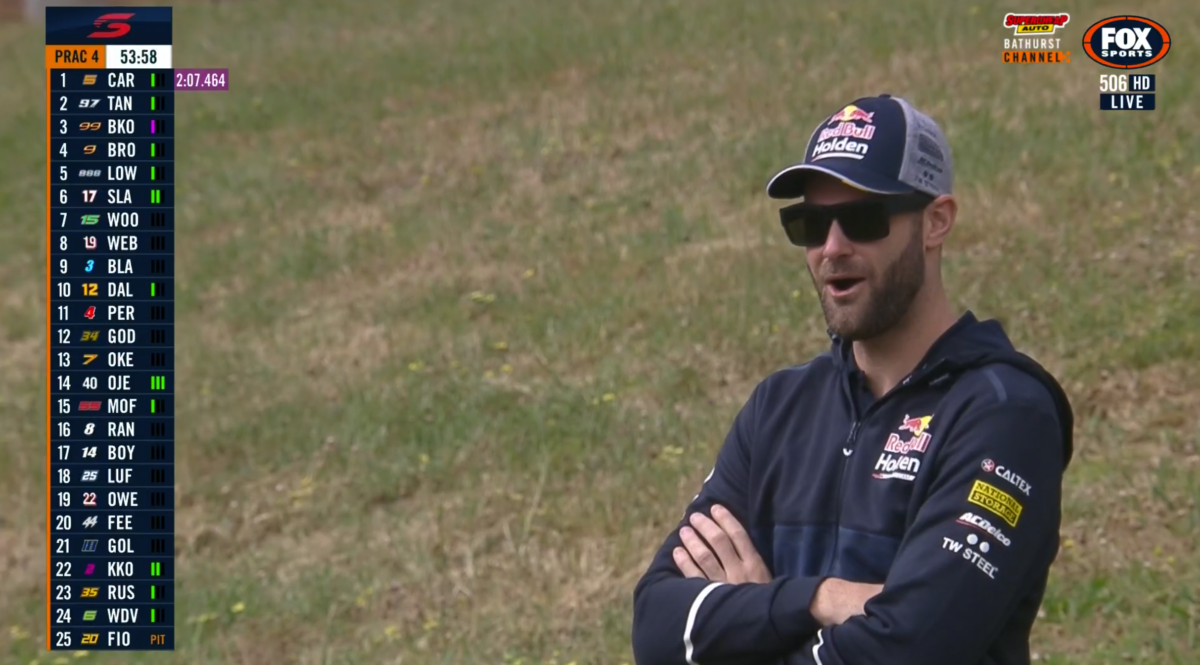 Shane van Gisbergen was an interested spectator as Practice 4 for the Supercheap Auto Bathurst 1000 commenced this morning.

The New Zealander headed to the top of Mount Panorama to watch the 60-minute co-driver session from McPhillamy Park.

It’s an experience van Gisbergen has enjoyed during previous visits to the Mountain, namely as part of the Bathurst 12 Hour.

On this occasion he was forced to beat a hasty exit as COVID-19 restrictions have seen the top of the Mountain closed for the weekend.

“It was pretty different coming down, avoiding the police! I got told to come down pretty quick,” he said.

“I’ve been up there for the 12 Hour before and it’s awesome; I went up there this year.

“But a Supercar is something else. The way they move around, you forget how fast they are.

“Obviously you drive them and they’re fast, but when you see them outside the car, it’s unreal.”

With his jaunt to McPhillamy Park cut short, the Kiwi found an alternate location to watch on as co-driver Garth Tander piloted the #97 Red Bull Holden Racing Team ZB Commodore.

“I went to the Chase illegally as well and stood beside the track and thought, ‘holy shit, they’re flying down there’,” he admitted.

“At the turn-in for the Chase, they’re coming head-on, they just sound awesome and they’re flying past.

“You don’t feel that in the car, you get used to it.

“The first lap through the Chase is always quick, but when you see them in person it’s really cool.

“I wasn’t up there very long, but it was very special.”

Van Gisbergen was back in the car for Practice 5 and again for qualifying, banking the second fastest time behind Lee Holdsworth. 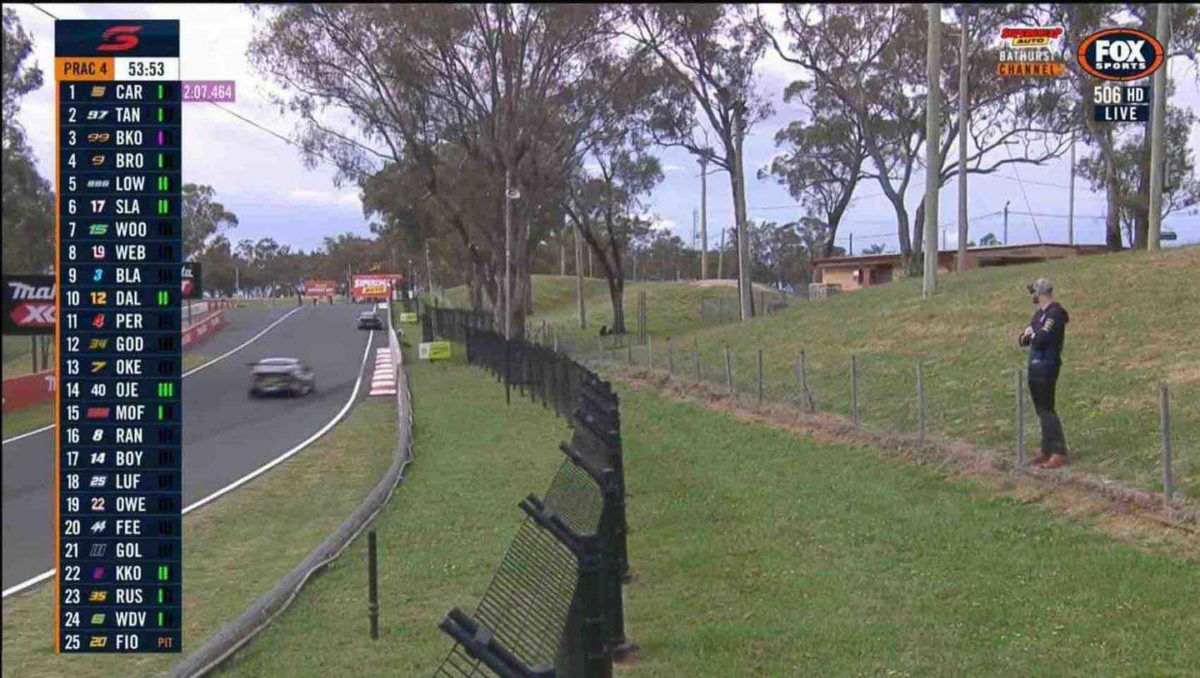