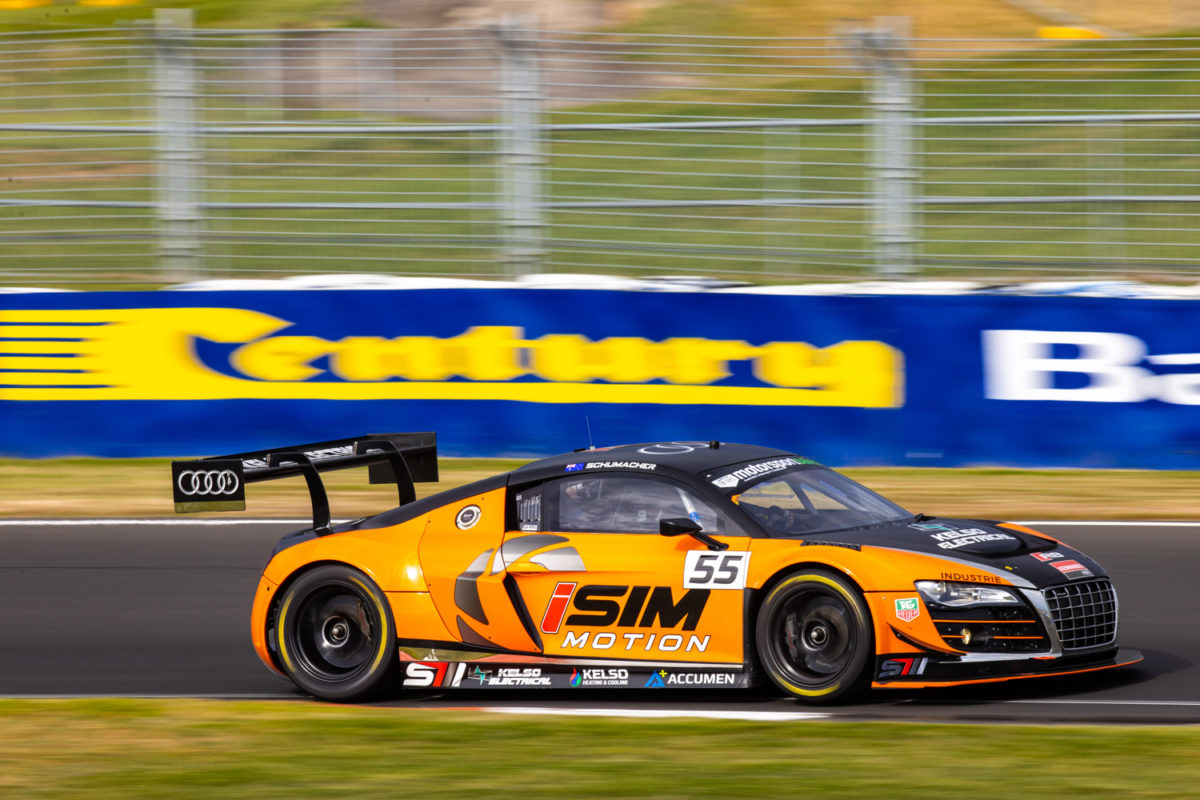 Brad Schumacher beat Duvashen Padayachee to pole despite the latter looking the quicker of the two in qualifying for the Tin Tops category at Mount Panorama on Friday.

Padayachee would miss out on pole by just 0.14s, with Tom Taplin (#26 Porsche 991 GT3 Cup) third ahead of Andrew MacPherson and Birol Cetin.

Aaron Borg claimed Friday honours in the Toyota 86 category at Mount Panorama with victory in Race 1.

Qualifying was heaped in drama as a heavy crash across Skyline for Alec Morse triggered local yellows, which ran for the remaining 13 minutes of the session.

As Morse’s car remained parked in the tarmac runoff near the entry of the Dipper, Tim Brook sealed pole with the 2:38.7288s set on his first lap, as his rivals failed to usurp his time despite many neglecting to adhere to the yellows for Morse’s stranded car.

Race 1 began in earnest as Lachlan Gibbons outdragged Brook on the run up Mountain Straight, with Borg following through at Turn 2. On the following lap, Borg snatched the lead at the same corner, with Brook in third ahead of Cameron Hill.

Once Borg set out to create a gap, a Safety Car was called midway through the eight-lap race after Jake Lougher pulled over with mechanical dramas at the exit of the Chase.

The race restarted at the end of Lap 5, with Gibbons and Brook shadowing Borg as tyres came up to temperature. A challenge from Brook on Gibbons allowed Hill to drive through into third at Murray’s Corner ahead of the pole man, before Brook returned serve on Mountain Straight.

The skirmish allowed Borg to skip away and run through to the flag, although Gibbons was just 0.23s off the win.

Tilley was unchallenged into Turn 1 off the start after fellow front row starter Steve Webb drove into the lane on the warm up lap.

Webb scythed through the field to finish 11th of the 30 cars.