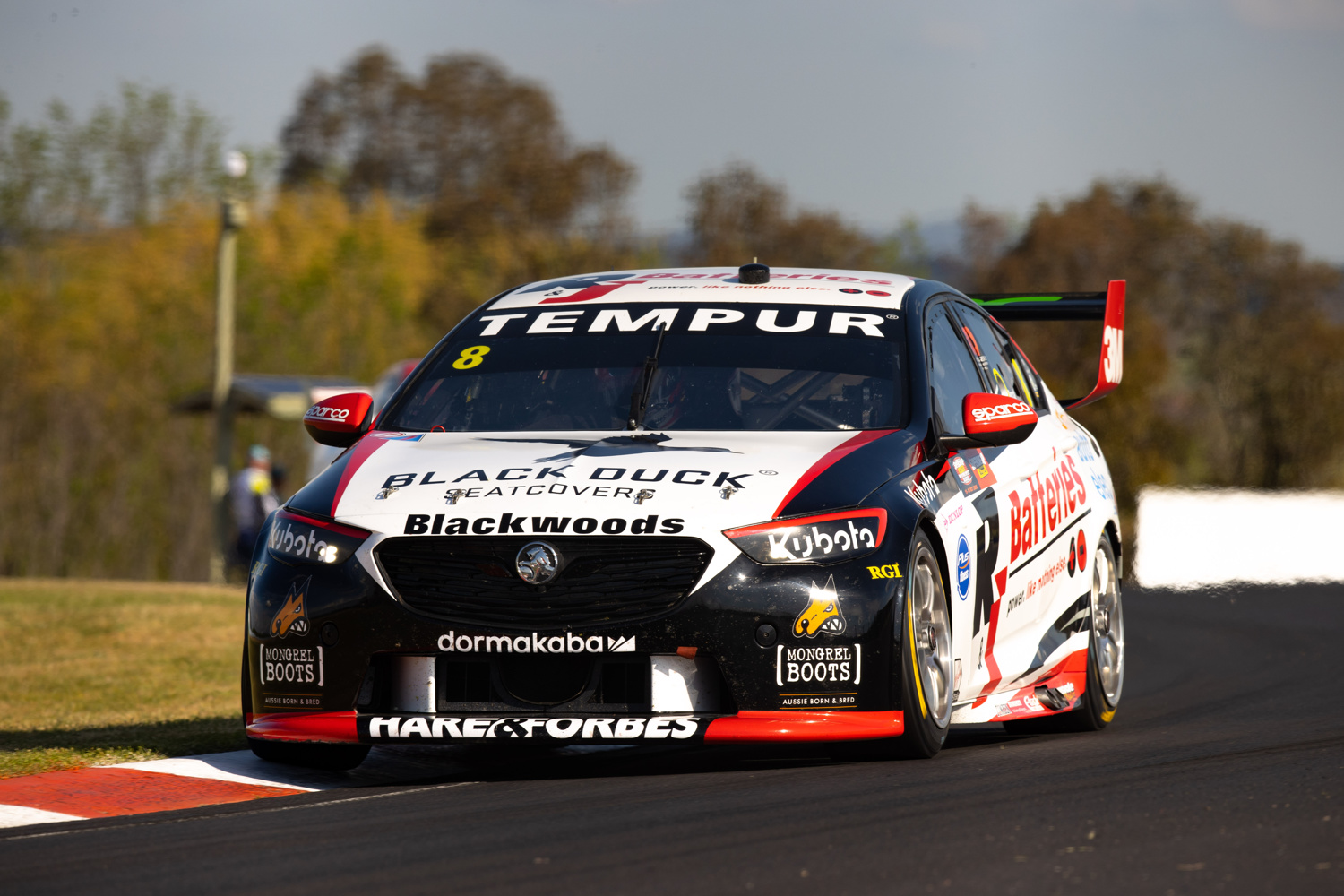 Brad Jones Racing driver Nick Percat said he was lucky to make it into the Top 10 Shootout after battling mechanical woes at Mount Panorama.

The R&J Batteries Racing driver clocked a 2:04.5539s in this afternoon’s qualifying at the Supercheap Auto Bathurst 1000.

Speaking following immediately after qualifying, the 2011 Bathurst 1000 winner admitted he didn’t think he would make it into the Top 10 Shootout due to ongoing troubles with his Holden ZB Commodore throughout Friday.

“We’ve had the steering rack fail in the last session (Practice 5), which cost us a lot of running and a good run on the greens.

“And then we just did that (qualifying) without a shift cut, so I cannot believe we actually made the 10.”

Rain hit the top of Mount Panorama in the dying minutes of qualifying, ultimately ending any chance of the field going faster.

That meant Percat was able to hold station in 10th and secure a place in the Top 10 Shootout.

However, if not for the troubles with his car, the 32-year-old believed he would have been higher up the order.

“I was looking forward to that last run, but the gear position sensor was broken, so even on my out lap then I was rolling to a stop,” said Percat.

“We’re lucky, but we haven’t had a good run in car #8 so far. We’ve had steering racks, we’ve had coils, we’ve had gear position sensors.

“To be honest, we’re probably good enough to be fifth or better, but it’s unfortunate for Toddy (Hazelwood) with the rain there. Thank god for us.”

With a high chance of rain forecast for Saturday that looks likely to hit in the afternoon, Percat said he hoped it would hold out for his Top 10 Shootout lap.

“Hopefully – we’re first car out in the Shootout, it looks like the rain’s coming – I might get the driest part and then we’ll go alright,” he said.

“Credit to AE (Andrew Edwards, Engineer) and everyone. But it is a massive shame for everyone watching at home, obviously that last lap at Bathurst in qualifying is the one we wait for all year.

“I sat there and I tightened the belts down and I went, ‘Alright, here we go, got to do it without a shift cut’, and try and extract everything we could. But it wasn’t to be.”