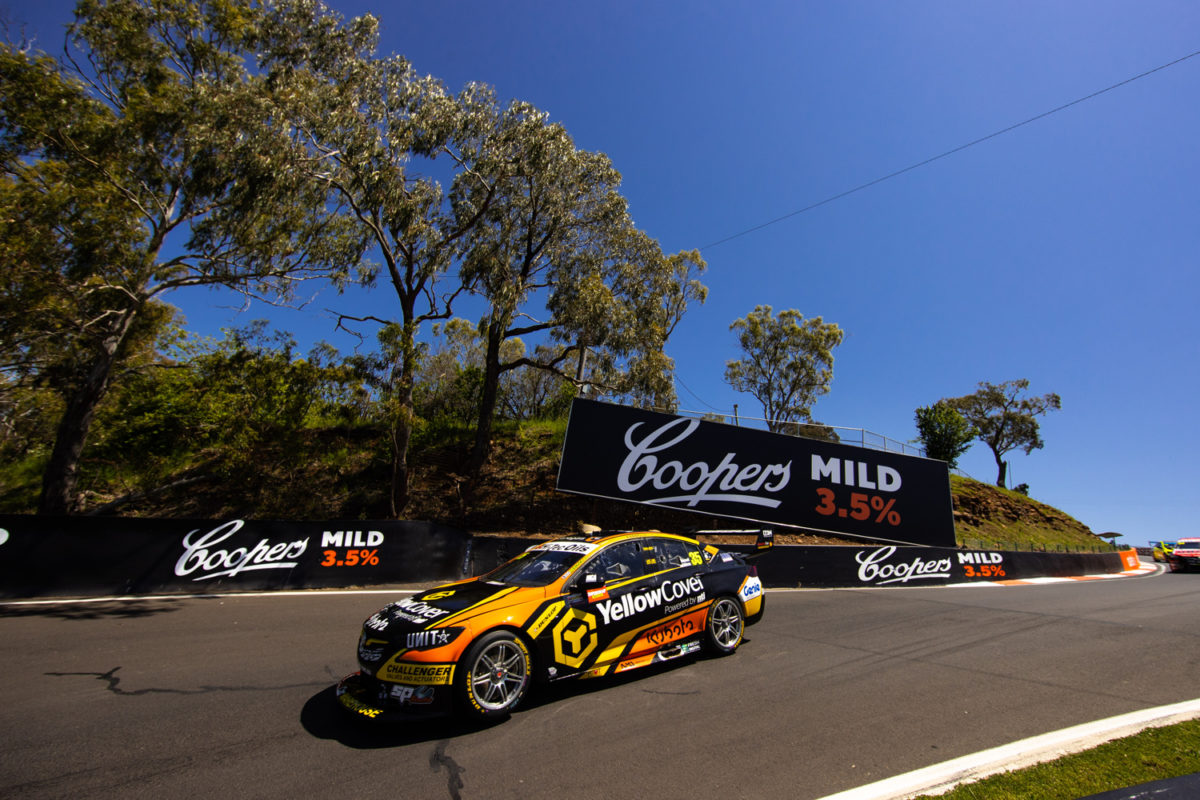 Matt Stone Racing is set to complete an engine change ahead of qualifying for the Supercheap Auto Bathurst 1000 for Garry Jacobson and David Russell.

An oil leak was detected in Car #35 during Thursday’s track action at Mount Panorama which escalated on Friday and forced it into the garage during Practice 4.

“We had a bit of an oil leak yesterday that we’ve been monitoring,” said Jacobson.

“We thought we were managing it right but then it just got too much; actual oil was coming right from out of the engine this time.”

With qualifying for Sunday’s race set to commence at 16:05 local time/AEDT, the team has almost three hours after the conclusion of Practice 5 before the next session.

Jacobson explained the team would perform an engine change ahead of that session beginning.

“We’ll go back to our spare engine,” he admitted.

“I guess I’m grateful we’ve got so much practice on a Saturday now after qualifying today.

“Grateful for that, we’ve got a chance to put another engine in and make sure it’s reliable for Sunday’s race.”

Earlier, Russell ended Practice 4, exclusively for co-drivers, with the 15th best time, 0.8s off the pace set by Will Davison at the top of the timesheets.