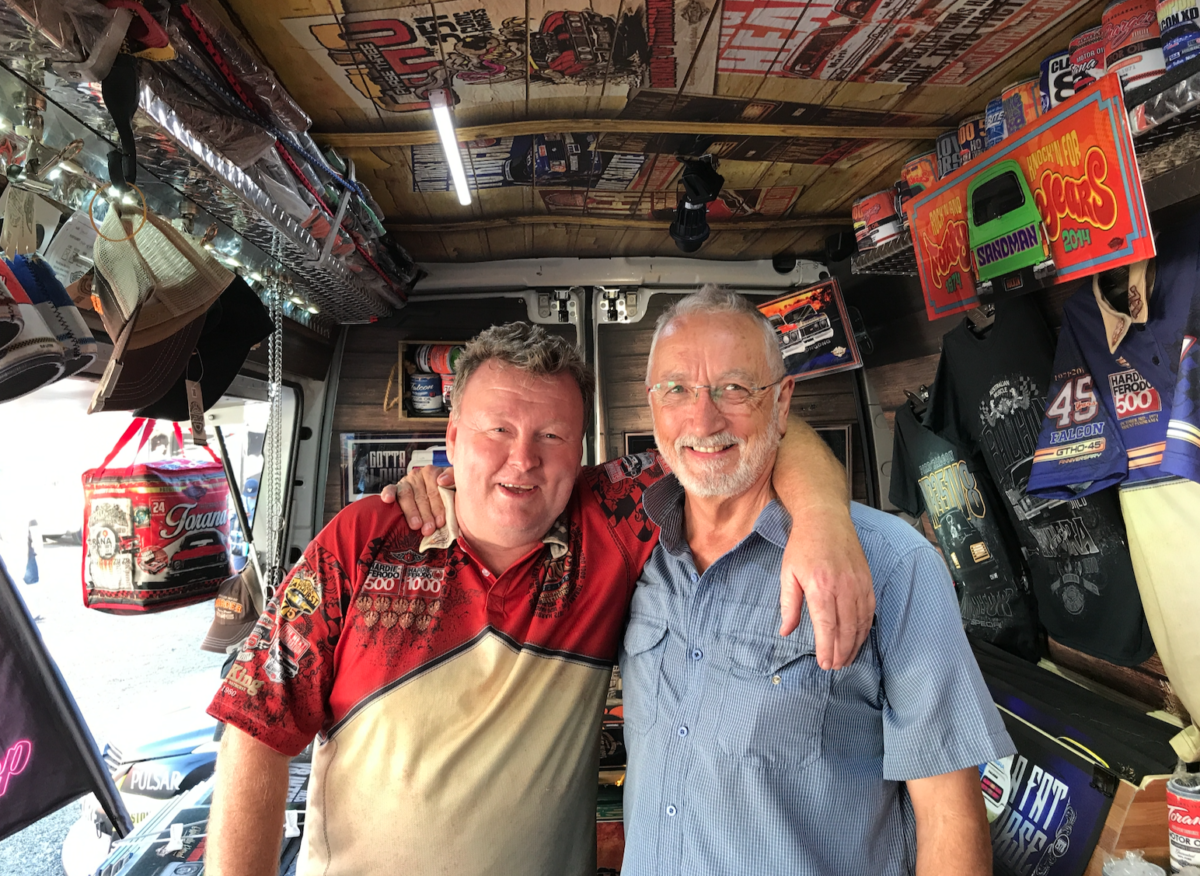 While there will be plenty of high profile faces missing from Bathurst’s Mount Panorama this weekend, spare a thought for John Gearman and his mates from merchandise alley.

Gearman, one of the first members of networkcafe.com.au, has been a part of the design and visual communications industry for more than 40 years and has worked with almost every major sporting code in Australia.

While he is well known in NRL and NBL circles, Gearman has been regarded as one of the true characters of Australian motorsport for more than four decades, more recently through his House of Muscle merchandise business.

While sport has been his passion and bread and butter, Gearman has also worked with Disney, Paramount Pictures and Warner bros with licensing and design through his Full Boar design studio.

Gearman’s involvement with motor racing dates back to the early 1980s when he produced an irreverent unofficial Bathurst program for several years first called “Hardly Heroes” and then “The Pits”.

“It was just basically to take the piss out of everything that was happening on and off the track,” Gearman told Networkcafe.com.au.

“I then gave Stonie (John Stoneham) a breather at Auto Action for a while and did the cartoons for a few years under ‘Gearbox’.

“It is amazing how many people still come up to me and talk about those ‘The Pits’ days and the fun we had.”

Gearman created House of Muscle more than 11 years ago after being frustrated by what he thought was the lack of time and imagination being put into muscle car merchandise.

His designs still carry that little bit of irreverence from the early years – “we like to say ‘we remember the past for the future’,” said Gearman, who runs the business with his wife Leanne.

As part of his growth, Gearman created the House of Muscle van and works with the Street Empire truck which sells his merchandise at Supercar events, car shows and other automotive festivals around Australia.

Along with the crowd, Gearman will be missing from the merchandise areas at Mount Panorama this week, as he has been for the majority of major events this year because of COVID-19 restrictions.

“The van and truck have been our selling vehicles, but because of COVID-19 our regular customers are at home binge watching Desperate Housewives and Ellen instead of visiting us,” laughed Gearman.

“We have not been to a race since Adelaide, but we have used the down time to do more design work which has been a bit of a luxury in some respects.

“We have also worked hard on our online store, shophouseofmuscle.com.au, which is really the only place fans can get our gear at the moment.

“All our new gear has just come out. Smaller numbers in stock than usual, but more designs and I think this will now be the norm until we know where we are up to with shows.

“If we can get as many fans as possible visiting shophouseofmuscle.com.au that would be great. There’s no finer place to waste your money.”

While House of Muscle has always been a place to get a cool t-shirt, Gearman has worked hard on expanding his range which now includes ceramic coffee mugs, flags, banners, hats, stubby coolers, stickers, bar runners, key rings, umbrellas, acrylic art and even jigsaw puzzles.

Gearman has had a friendship with Speedcafe.com founder and owner Brett ‘Crusher’ Murray for many years and worked on several design elements for his Pirtek Team Murray entry in the 2016 100th Indianapolis 500.

He also did a lot of the design for the team’s official US-based charity, the Chris Kyle Frog Foundation.

Gearman is also the on-ground retailer for Murray’s autobiography, Crusher – You Just Can’t Make that S#^! Up.

“Networkcafe.com.au is a great product and has been a welcomed service for everyone in the industry during COVID,” said Gearman.

“No matter whatever is thrown at us we can’t just stop and give up.

“The guys at Speedcafe.com know that better than anyone and it was no surprise when they developed Networkcafe.com.au in an effort to give everyone a leg up.

“If you have a small to medium-sized business and have not joined the network then you have rocks in your head.”

CLICK HERE to view House of Muscle on Networkcafe.com.au. 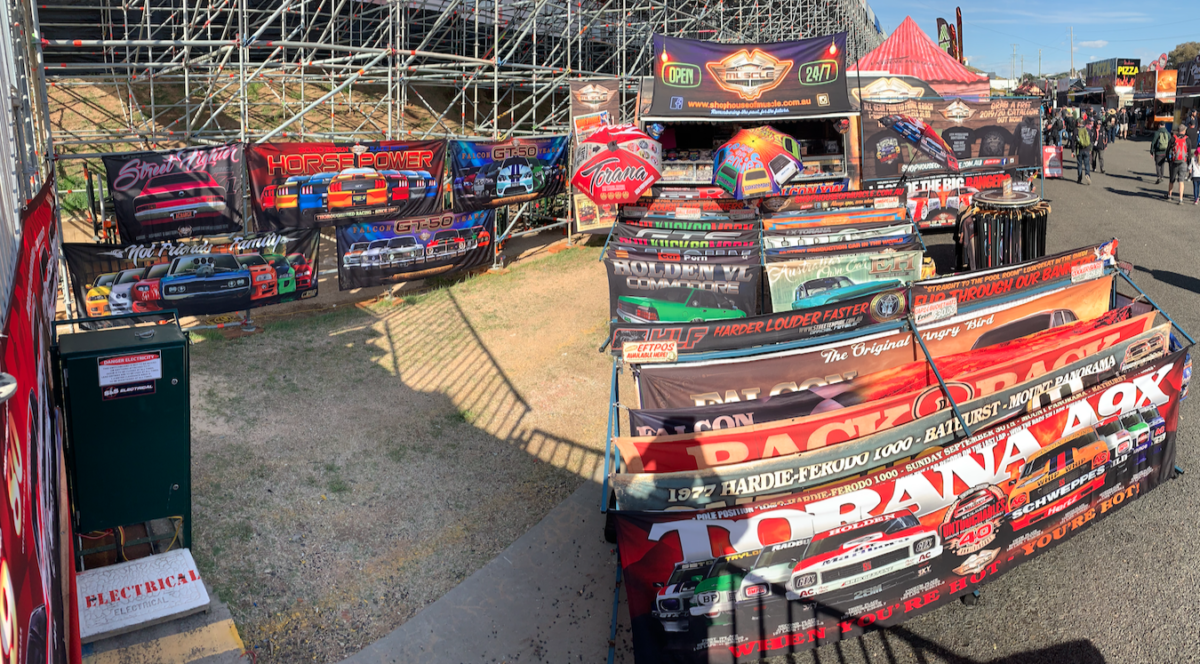