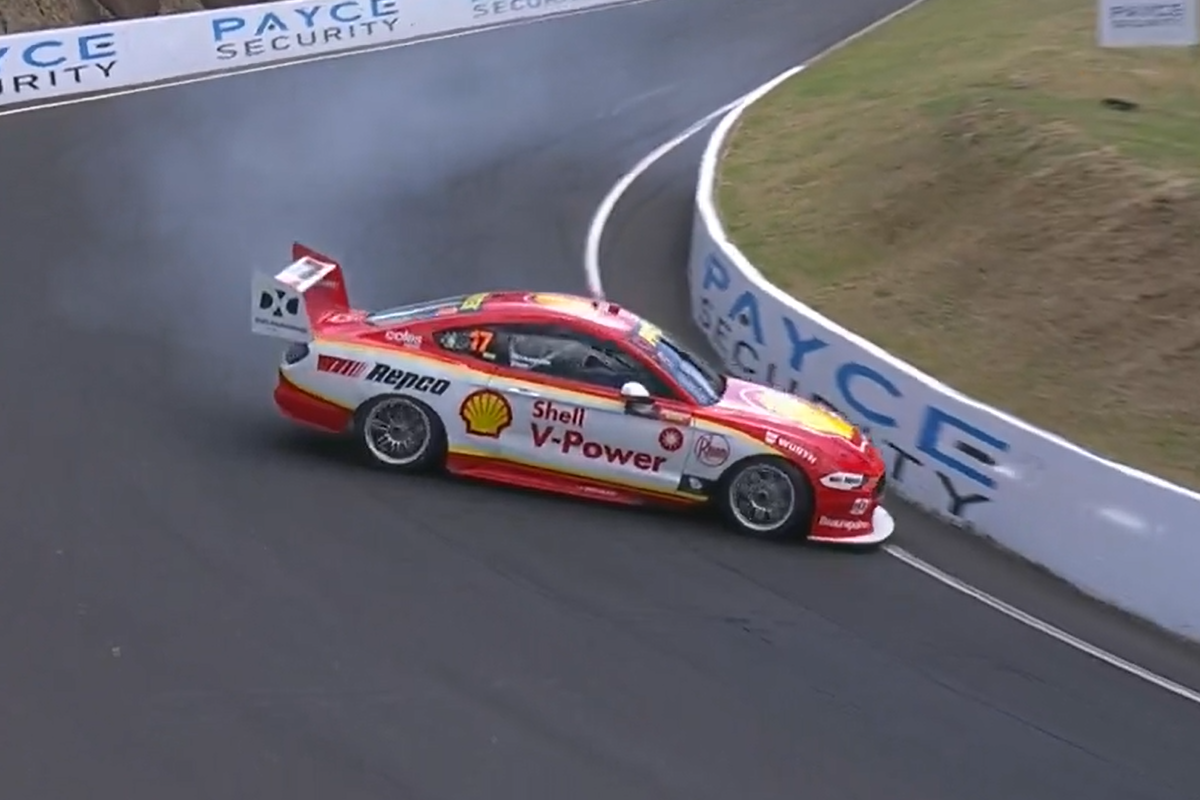 Scott McLaughlin said a “ballsed up” downshift was to blame for his clash with the wall at Forrest’s Elbow in the dying moments of Practice 5.

The Shell V-Power Racing Team driver had set the fastest first sector time of anyone before losing control of his Ford Mustang as he headed down Mount Panorama.

McLaughlin slapped the wall on his left before coming to a halt at the apex of Forrest’s Elbow.

He crawled his way back to the pit lane with a wounded car, the left rear wheel askew due to a broken left rear arm.

It’s the second time in two days that the #17 entry has had dramas at Forrest’s Elbow.

Recounting the incident, McLaughlin cited a poor gear shift for the Practice 5 moment.

“I just ballsed up the downshift, that was all it was,” said McLaughlin.

“You’re using the engine braking so much that as soon as you miss one, you’re out of the groove. That’s all I did.

“I tried to half-recover it, but as soon as I plucked the bottom arm out I was a bit of a passenger.”

Despite the late session drama, McLaughlin still ended the final hit-out before qualifying for the Supercheap Auto Bathurst 1000 on top with a 2:04.3716s.

“The car’s super racy, oh my god. It felt mega. I was six tenths up going to that point of the track with a (two minute) four-four on the dash, so we’ll see what happens.

“I’ve got to do a better job than that, I’ve got to put the lap time down. But you’ve got to find the limit around this place sometimes.

“You have one or two moments throughout the weekend when you pucker up, but that’s why this track is the best in the world and it’s why we keep coming back.”

Qualifying for the Supercheap Auto Bathurst 1000 gets underway at 16:05 local time/AEDT.