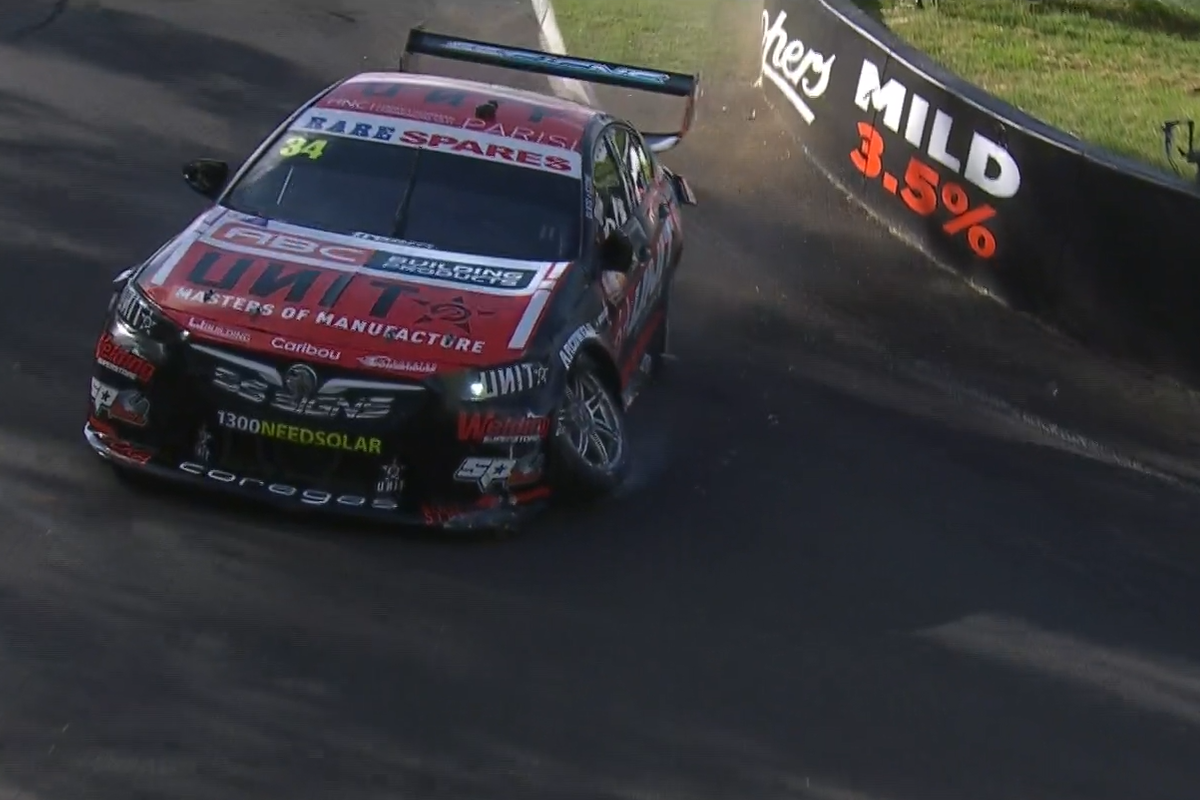 Jake Kostecki has walked away from a heavy crash in qualifying for the Supercheap Auto Bathurst 1000 that halted proceedings.

The Matt Stone Racing driver had a ragged start to the session, going wide out of Murray’s Corner on his first flying lap.

Kostecki later dropped two wheels off on the approach to Brock’s Skyline and ran through the asphalt run-off.

On his fourth flying lap, the 20-year-old made a mistake on approach to the Dipper and slapped the wall.

The #34 Holden ZB Commodore suffered significant damage to the left-hand side of the car and ended up buried in the tyre barrier.

“He was just on a big run and he came in there pretty hot, locked the brake and from there you’re just a passenger,” said team owner Matt Stone.

“Bit of damage, bit of work for the boys tonight, but we’ll endeavour to get it back out for tomorrow.”

The incident came after an intra-team shootout in practice that saw Kostecki go head-to-head with co-driver Zane Goddard to decide who would qualify the car.

“We obviously had our own little internal shootout in the practice session before, and both boys didn’t quite maximise their lap,” said Stone.

“They were very even lap times but Jake managed to just get out on top so got to do the session.

“So, he was pretty pumped and I guess he was going for outright pole this time, but not quite.”