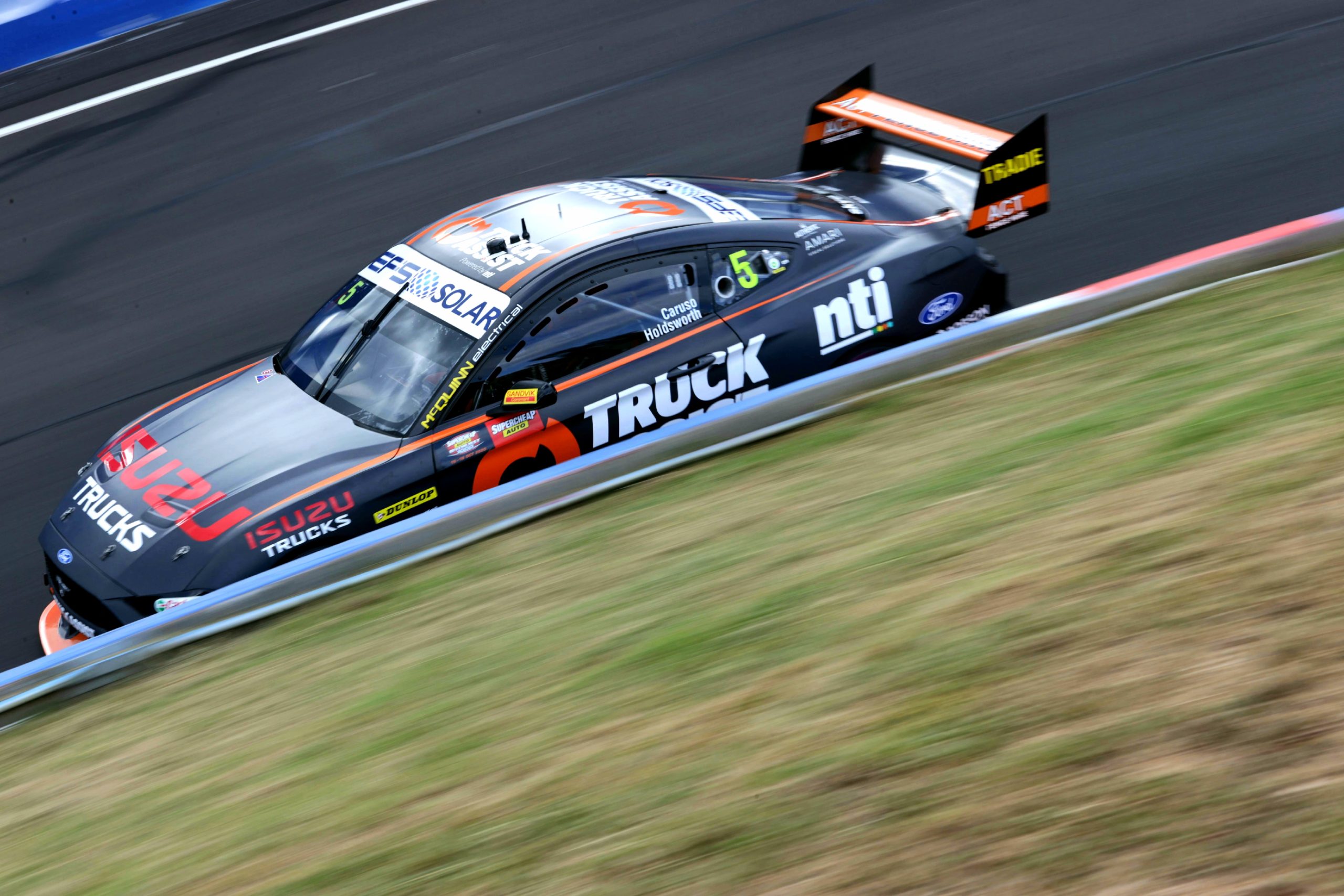 Lee Holdsworth says he’s looking forward to being the last man out in the Top 10 Shootout after claiming provisional pole position at the Supercheap Auto Bathurst 1000.

The Truck Assist Racing driver clocked a 2:04.0243s late in the session, opting not to do a final run while the majority of the field went out again for another lap.

Holdsworth was given a free-kick when rain began falling at the top of Mount Panorama, kiboshing any chance of drivers improving.

In the end, the Tickford Racing driver edged out Shane van Gisbergen of the Red Bull Holden Racing Team by a mere 0.0108s.

“Still got the Shootout tomorrow obviously, but it’s my first time as provisional pole at Bathurst,” said Holdsworth.

“We’ll string it all together tomorrow. We’ll worry about Sunday come Sunday.

“Just stoked for Truck Assist Racing, Tickford Racing, Sammy’s (Scaffidi, Engineer) done an awesome job, but my little mate Caruse (Michael Caruso) has been so good to be with, I’ve just enjoyed myself.

“It takes a bit of confidence, and sometimes that confidence takes a little while to build back up.

“But we’re certainly there now. I can’t say enough how Caruse has helped me with the car this weekend.”

This year’s Bathurst 1000 marks the first time Holdsworth has been partnered by Caruso since 2009.

That year the pair took a Garry Rogers Motorsport Holden VE Commodore to third place, which remains the only podium finish for either of them in the event.

Holdsworth’s pole position continued a strong run of form for Tickford Racing, which has topped all but one session this weekend.

James Courtney also made the top 10 in the Boost Mobile Racing entry that he’ll share with Broc Feeney.

Jack Le Brocq was the last of the Ford Mustang drivers in 15th. He’ll share the Supercheap Auto Racing car with James Moffat.