Holdsworth claims provisional pole as rain closes in on Bathurst

Holdsworth claims provisional pole as rain closes in on Bathurst 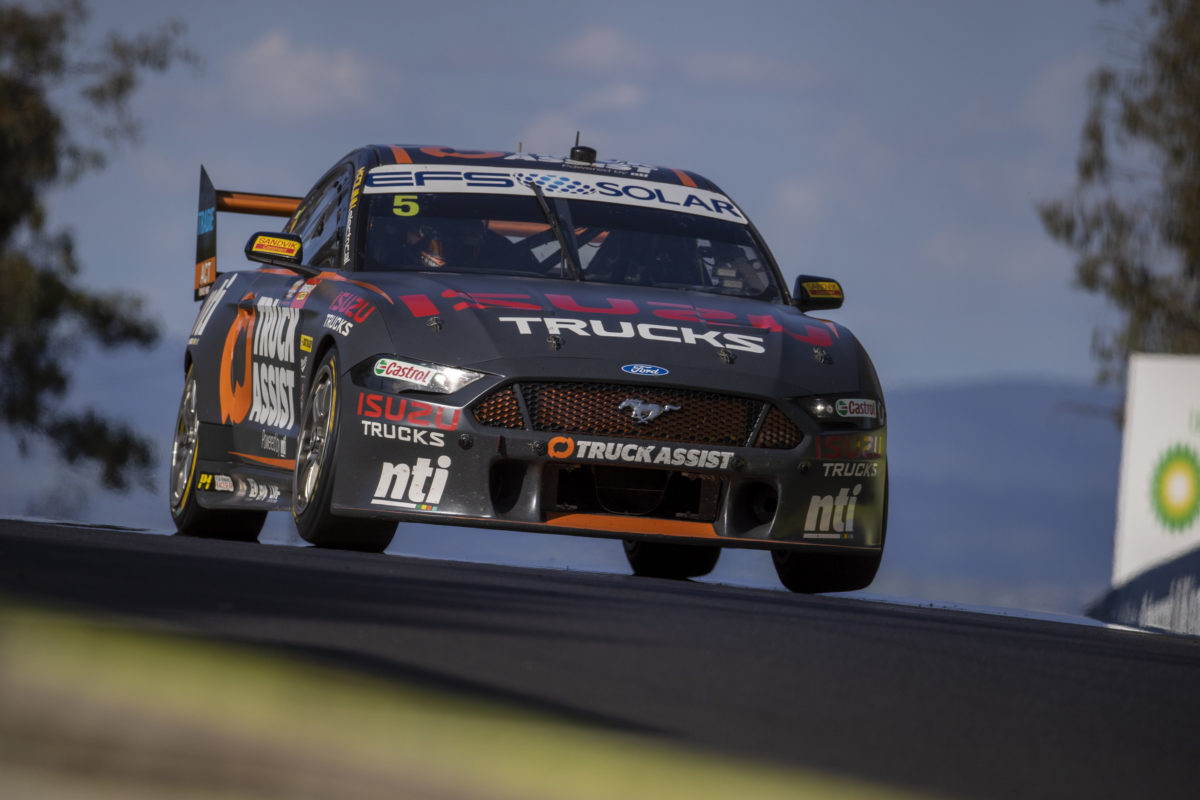 Lee Holdsworth has provisionally qualified on pole for the 2020 Supercheap Auto Bathurst 1000 in a session which was effectively cut slightly short due to rain.

Holdsworth had wheeled his Tickford Racing entry to a 2:04.0243s ahead of what would have been the all-out hot laps of the 40-minute session when light drops became full rain at the top of Mount Panorama.

As such, the #5 Truck Assist Mustang will be last out for tomorrow afternoon’s Top 10 Shootout which will finalise the starting grid for the Great Race.

There were arguably few surprise omissions from the top 10 despite the part which weather played in proceedings.

The Red Bull Holden Racing Team’s Shane van Gisbergen was second-quickest, one spot up on Shell V-Power Racing Team’s Scott McLaughlin in a top three covered by less than a tenth of a second.

Cameron Waters was the second of three Tickford Racing drivers to make the one-lap dash, the other being James Courtney in ninth spot.

Chaz Mostert started off with a 2:05.2771s from the single flyer on his first run, despite reported dissatisfaction about the low-rev driveability of his #25 Mobil 1 Appliances Online ZB Commodore.

Holdsworth was first to shift the benchmark on the second runs when he set a 2:04.5966s before team-mate Waters (#6 Monster Energy Mustang) made it a Tickford one-two with a 2:04.5110s.

Unlike Mostert, McLaughlin reportedly did get an engine mapping adjustment for his second run but was unable to see out a full lap with it before Jake Kostecki (#34 Unit ZB Commodore) crunched the wall at The Esses/The Dipper in the 17th minute.

The 2019 race winner had been fastest to the first sector and only a couple of hundredths shy of Whincup to the second, but sat 11th after the second runs due to the red flag interruption.

The cloud cover over Mount Panorama had increased during the stoppage, before the session was restarted after a 10-minute delay.

McLaughlin went after a time immediately and rolled out a 2:04.1035s, which was almost matched seconds later by Waters’ 2:04.1056s, with both laps reportedly run on used tyres.

The Triple Eight cars were held around five minutes longer than the rest but when they were sent, van Gisbergen reclaimed top spot with a 2:04.0351s after a highly committed run from The Esses into The Dipper.

However, it was Holdsworth who was fastest ahead of the final runs, clocking a 2:04.0243s amid reports of raindrops on top of the mountain.

Holdsworth was held initially when the final runs began and, as it turned out, there was no point going back out given the rain on the mountain got too heavy for decent pace.

That meant that Fullwood missed out on a chance to get back into the Shootout and Car #2 is set to start 11th, alongside the #20 entry of Pye and Dean Fiore.

Another hour-long practice session will follow, before the Shootout late in the afternoon.