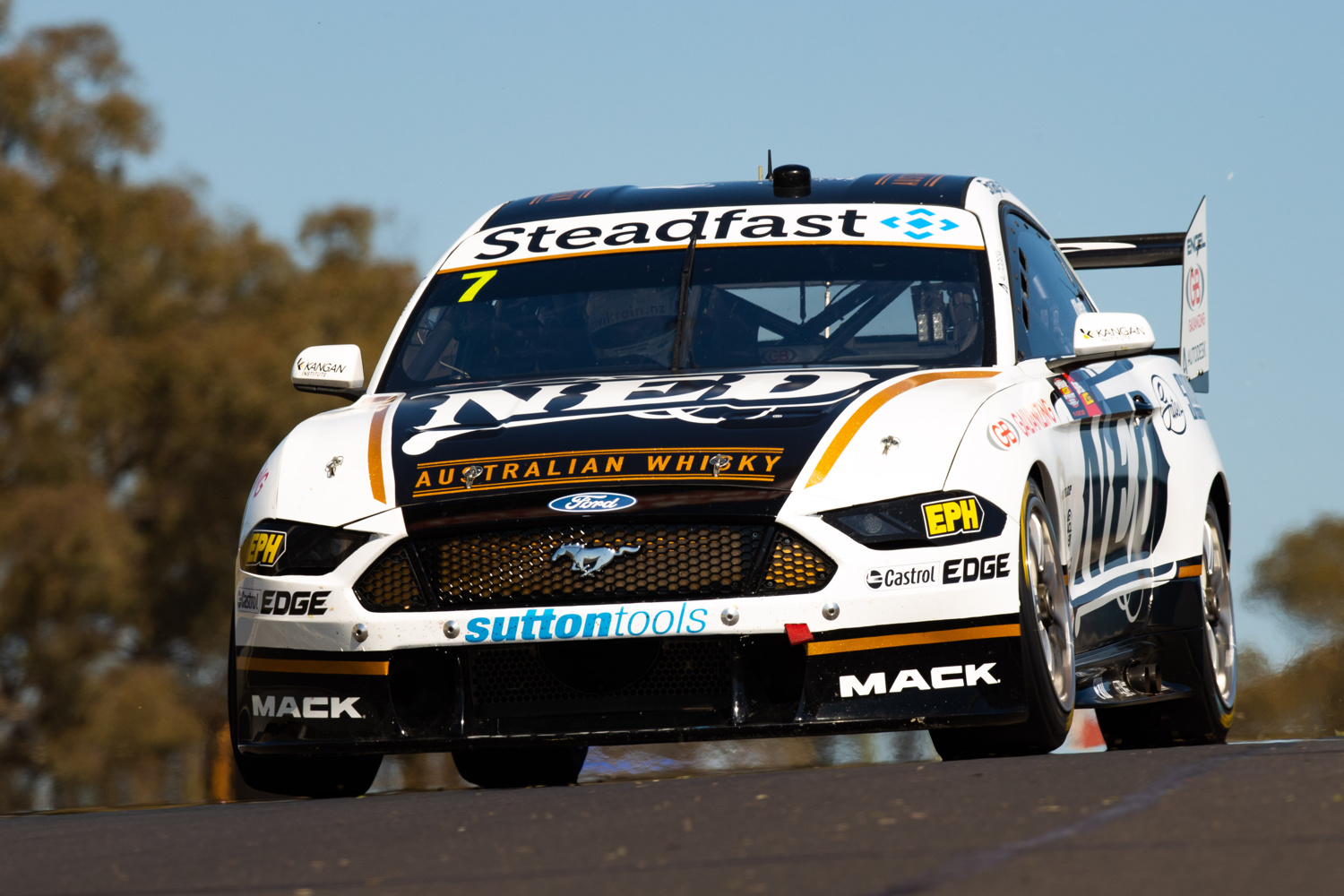 Andre Heimgartner says he’s had to take a different approach to Mount Panorama in a “friendlier” Ford Mustang.

Since 2018, Heimgarnter has raced a Nissan Altima in the Supercheap Auto Bathurst 1000 with Kelly Racing.

This year the team has switched manufacturers and transformed Heimgartner’s car from an Altima into a Mustang.

Speaking after Thursday’s practice, the 25-year-old noted a substantially different aerodynamic balance between the cars.

“It’s definitely a lot friendlier to what we’ve had in previous years across the top and through the high speed aero places, it’s a lot more predictable,” said Heimgartner.

“I was just pushing a bit harder and harder and just finding out where it is.

“It’s a good gain for us, but if that translates into time, who knows?”

Heimgartner was 13th fastest in Practice 1 and 1.2s away from the fastest time set by Cameron Waters of Tickford Racing.

In the sole additional driver session, Ned Racing co-driver Dylan O’Keeffe was 17th fastest and 1.4s away from the pace set by James Moffat, also of Tickford Racing.

Heimgartner concluded the day with the fourth fastest time, which put him 0.5s off the fastest time once again set by Waters in the day’s qualifying simulation runs.

Prior to that, Heimgartner was ninth fastest.

The Kiwi said it was a positive start for the Kelly Racing crew amidst some uncertainty around the new-for-2020 package.

“We weren’t quite sure what to do going into this weekend, obviously different car to the Nissan,” said Heimgartner.

“I think we’ve landed in a great place overall.

“I think we’re lacking that little bit of fine-tuning to be up with these guys so far, but we’ll chip away and if we can qualify in the Shootout, I think we’ll be pretty happy with that.

“We tend to go pretty shit at any track that has fast left-right corners and all that sort of stuff.

“We obviously have the new engine package this weekend which is a lot lighter and we’re able to sweep our front arms back like all the other Mustangs.

“It should be positive but it’s too early to get really confident or try and predict anything.”

Friday’s action at the Supercheap Auto Bathurst 1000 gets underway at 09:45 local time/AEDT.