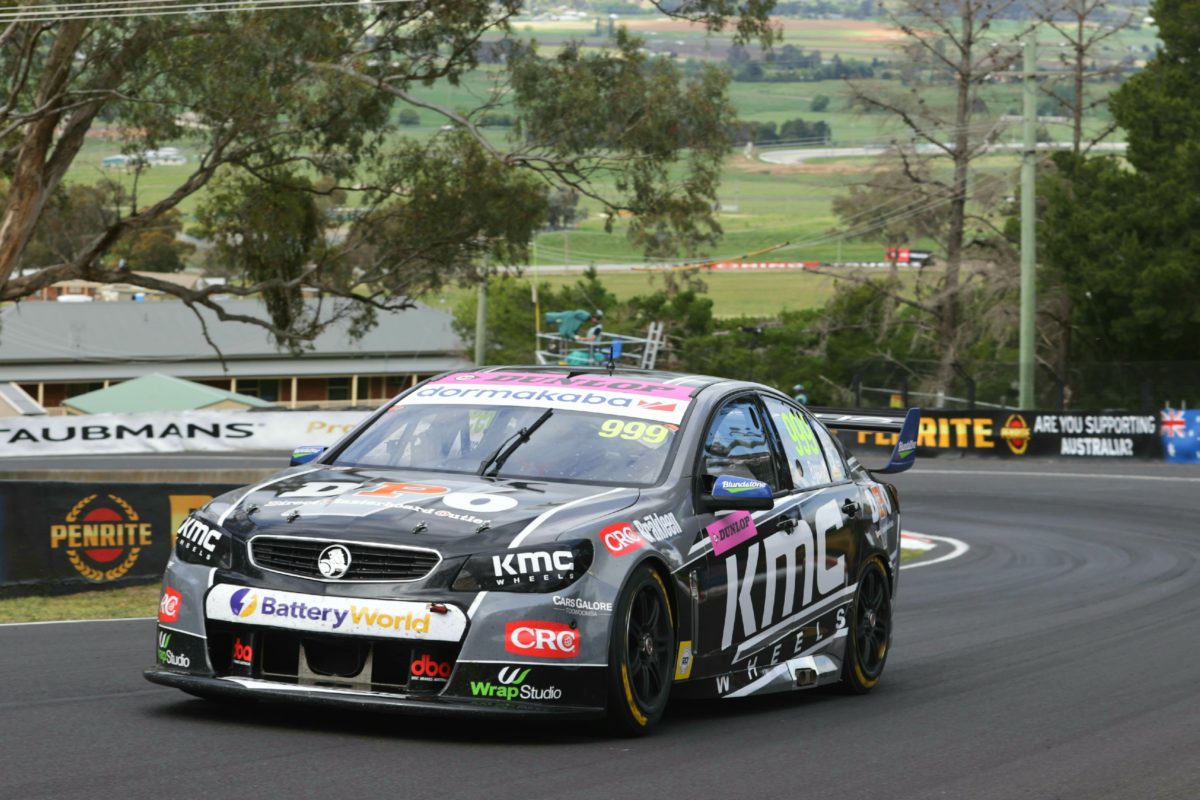 Will Brown has snipped Thomas Randle’s Super2 series advantage by winning Race 1 at Bathurst having benefited from the MW Motorsport driver’s engine dramas.

Randle, whose car had already undergone an overnight motor change, was the early race leader but came to seriously struggle down Conrod Straight and was a sitting duck for the Erebus Motorsport junior.

Brown ended up taking the #999 Image Racing VF Commodore to an 8.8598s win after 16 laps around Mount Panorama, while the man on top of the standings salvaged second in the #16 Altima.

Ahead of what is potentially the last day of the season tomorrow, Randle now leads the series by 26 points with 150 more on offer in Race 2.

Randle bested the field when the lights went out and took a clear lead to Hell Corner from the outside of the front row, while Brown slotted into second and Boys (#49 VF Commodore) took up third for the run up the hill.

Brown pressured Randle through the standing lap and even went outside of the black Altima at The Chase, but would lose touch over subsequent laps.

Meanwhile, Chahda had emerged in fourth position from the start but soon had a train forming behind him.

When he had a wobble into The Chase on Lap 2, Ojeda (#31 MW Motorsport Altima) jinked left in the following car then did much the same.

Chahda dropped back to sixth, behind Feeney (#5 FGX Falcon) and Angelo Mouzouris (#10 Triple Eight Race Engineering VF Commodore), while Ojeda found himself eighth having run off the circuit at the left-hander.

Ojeda was back into the top five on Lap 5, during which Randle’s lead peaked at just over two seconds before the tide started to turn.

He was still 1.5s up after Lap 7 before putting all four wheels over the white line, and two into the dirt, at McPhillamy Park.

Between that and a serious straight line deficit, Randle’s lead was cut to less than half a second by the time they reached the control line again.

He pushed the margin back beyond 1.6s in the next two laps, only to have Brown blaze past on Conrod Straight on Lap 11 and stretch his lead to 2.7s at the end of Lap 12.

As it became clear that the fight for victory was all but over, attention turned to the battle for third.

Feeney had been circulating at multiple seconds behind Boys but caught #49 on Lap 13 and had a look at Hell Corner next time around.

Boys survived that attack and they continued to hold third and fourth until the chequered flag.

Ojeda looked a prospect of buying into that stoush at one point, but made a similar error to that which he committed in Supercars Championship Practice 4 when he crunched the wall at The Cutting. 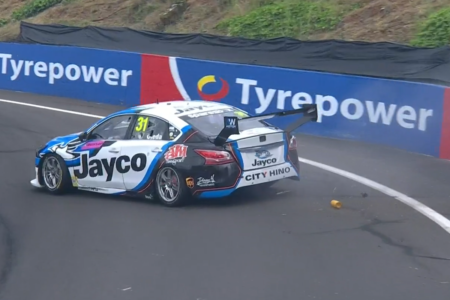 Chahda had just gone under Mouzouris at Hell Corner and therefore finished fifth, while Zak Best (#78 MW Motorsport Altima) nabbed sixth even later in the piece.

Declan Fraser was a spot back in class and outright until an apparent right-front failure pitched the #777 Anderson Motorsport FG Falcon into the kitty litter at McPhillamy Park on Lap 15 and he did not finish.