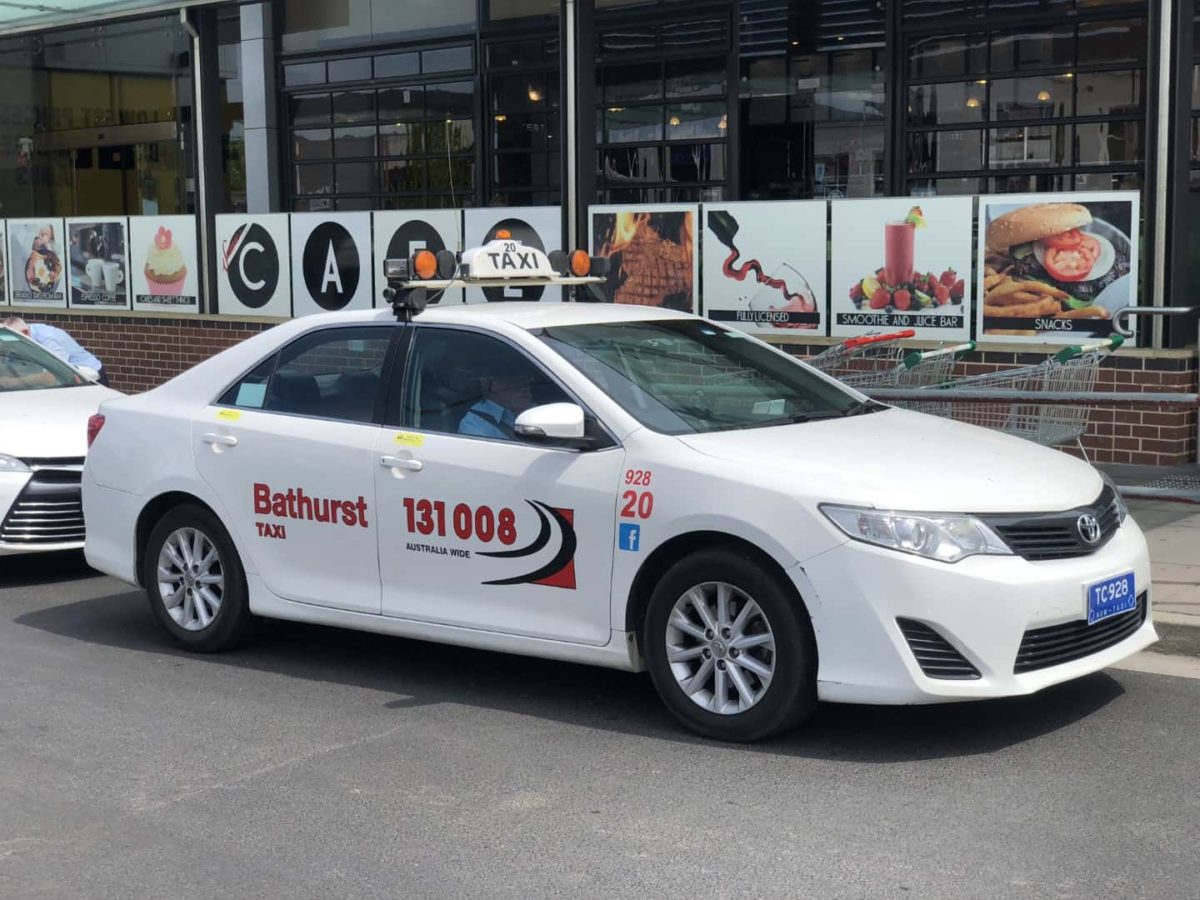 Earlier this year Speedcafe.com ran a series of extracts from the autobiography of the site’s founder, Brett “Crusher” Murray to entertain readers through national COVID-19 lockdowns.

Crusher has put more than 35 years of thoughts, insights, and hilarious experiences into the book titled Crusher – “You Just Can’t Make That S#^! Up”.

We decided to keep one of the Bathurst-specific chapters up our sleeve for this week and the biggest event of the year, the Supercheap Auto Bathurst 1000.

With thousands of fans restricted from making their annual pilgrimage to Mount Panorama this year, we thought it might spark a few stories at BBQs and parties around the country.

A few of the books remain and are offered for sale at a discounted rate of $40 including express postage and handling. With all proceeds going to Speecafe.com’s official charity, Motor Racing Ministries.

We hope you enjoy the read and Happy Bathurst Day!

YOUNG MAN, THAT’S THE SMARTEST DECISION OF YOUR LIFE

Over the years I have seen many rookie performances at many racetracks around the world.
I have been fortunate to have attended 30 or so Bathurst 1000s since my own “rookie run” in a wayward tent in the early ’80s.

Each year we watch with anticipation as some young local kid or an experienced international comes to The Mountain to tackle its legendary 6.21km which rises and falls some 700m.

Belgian driver Jacky Ickx came and won the race on debut with Allan Moffat in the famous Ford 1-2 in 1977 and it wasn’t until 2011, when Nick Percat won the race at his first attempt with Garth Tander, that we had another rookie champion.

Talented kid Chaz Mostert crashed his Dick Johnson Racing entry on debut in 2014 and two years later came back to team with Paul Morris to win the race from last place on the grid.

That victory was the one which dramatically added to my bank account.

In 2004 Alex Tagliani, Tony D’Alberto and James Courtney all made their Bathurst 1000 debuts, but the best rookie performance of the weekend didn’t come from that trio. In fact it was not even at Mount Panorama itself, but in town a day or so earlier.

The clock had just tipped into Saturday and I found myself in Bathurst’s main street with fellow media type Tony Schibeci, who was staying with my crew in a large house we rent for a week every year for the race.

Schibeci has a good head for radio and put that to good use by becoming one of Melbourne’s well known sports commentators, including a weekly motorsport program on radio SEN called On The Grid, for which I was a regular guest and sometimes co-host.

Schibeci is also the “voice” of the Melbourne Cricket Ground as the full-time ground announcer.

Like me, Schibeci likes a beer and a laugh and that is exactly what we had been doing, although in some moderation, when we strolled into Williams Street looking for a cab home.

It must be said that at that time of night in Bathurst, cabs are more scarce than a pile of rocking horse shit.

Schibeci decided he would break up the walk and feed his hulking frame with a feed from the local kebab shop. As Schibeci stood in line to purchase his culinary delight, I watched and listened with some amusement as a well-lubricated 20-year-old kid from country Victoria tried to “tune” an ageing member of the local wildlife.

This “rookie”, blinded by love and about 36 cans of Australia’s finest, was determined to make his Bathurst debut something he could rush out and tell his mates about – how frightfully close he came!

As Schibeci inhaled his kebab, he waved down a cab which stopped right in front of the shop – a fucking miracle, so it seemed. As we lunged towards the vacant cab, we were stopped in our tracks by the local native being showered with compliments from our well-lubricated rookie.

“Hey c*^!, that’s my f*^#ing cab,” she snorted in a gravelly voice that made Renee Geyer sound like a newborn chick.

I knew I had to work fast.

“No problems, how about we share the cab with you and we will drop you off; I am happy to pay for your portion of the fare,” I offered.

She grunted in agreement and slotted herself into the front seat.

Schibeci and I piled into the back and “oldmate”, obviously keen to continue his courtship, made it three-wide in the rear.

We politely said hello to the cab driver who we were surprised to see was a 70-plus-year-old grandma.

Our female companion blurted her address and we explained that we would be continuing on to our own house after her delivery. Bathurst is such a spread-out city and has grown considerably over the years, but thankfully our two destinations were in a similar direction.

The cab did a U-turn and continued to the end of William Street and across the Great Western Highway, which is the main road into town from Sydney.

I thought it would be entertaining to ask our newly found friend a few questions to break up the trip.

“So are you married?” I enquired with some sense of genuine intrigue.

“Nah, got five kids to three different blokes, but I f*&%ed them all off. I’ve got one kid left at home, but she’s off f*&%ing some dude this weekend, so I have the joint to myself. Pretty handy on race weekend, huh?”

Well, that was enough of the questions. I thought Schibeci and I were going to have a collective heart attack from laughter retention, while our young Victorian friend was becoming more sober by the kilometre and just stared at the back of the front passenger seat.

As we slowly made our way through the suburb of our first delivery, it felt like we were in a scene from the 1979 cult film The Warriors with our car slowly working its way through a maze of darkened streets, unkempt lawns and car bodies, under the watchful eye of prying hungry eyes.

Finally we reached the house of our cab-buddy and pulled into the driveway.

Old love released herself from the front seat and once out of the car, went to the back left-hand door which she opened to provide an invitation to our young rookie.

At the same time, I decided to free up a bit of space in the backseat by exiting by the back right-hand door before walking around the rear of the car to replace our female co-traveller in the front seat.

I replied with a polite, “no f&^%ing chance” and at the same time our rookie managed to pry his door from our potential host’s hands, close and lock it.

Not a word was spoken as the three of us all contemplated what had just happened and watched as she staggered her way through a front-yard jungle which included a three-wheeled rusted out Gemini, several engine blocks, a pile of old bike parts and a dog on a chain.

As we slowly reversed out of the driveway, there was silence as we watched Miss Bathurst 1974 cut her way through the weeds to her trashed front fly screen door with the aid of our headlights.

Once out of the driveway, our escort did a double check on the next destination and proceeded accordingly down the road.

As we reached a T-intersection at the end of the street our lovely septuagenarian pilot brought the car to a complete stop and turned her head over her left shoulder to address our rookie who was still in a state of shock.

“Young man, you just made the smartest decision of your life.”

I have known “Crush” for a long time and every couple of years we will find ourselves in a Bathurst taxi-type situation and have a laugh about that night, when the young bloke pulled out … for want of a better term.

The thing with “Crush” is those situations become the norm, not the exception, when you are around him. You are either right in the middle of “a situation” or you have front row seats to it.

And he is a great story-teller. When you first meet “Crusher”, his way of explaining who he is, what type of bloke he is, is by relating stories – like the Bathurst taxi, or urinating on a bloke’s leg at a KISS concert … and how he actually got into that concert.

Invariably you will see the looks of disbelief on people’s faces. They are thinking, “No, that can’t be true”. But you know, almost for certain, some time in the future that same person will run into someone who was part of one of those stories and they will nod and say: “Yep, that’s exactly what happened.”

People from all walks of life are drawn to “Crush”. Some of the biggest names in motor racing are good friends. I have been with him at the Indy 500, walking through the pits and blokes like Mario Andretti or Roger Penske will yell out: “Hey Crush, how are you mate!”

He doesn’t sit back and wait for someone to do it. He does it. He makes things happen.

If you are lucky enough to be a friend of his, you are never just a friend with ‘Crush’. He invites you into his family. You meet Trudi. You meet Max. You become part of his family.