Whincup: not the quickest but ‘much better than 16th’

Whincup: not the quickest but ‘much better than 16th’ 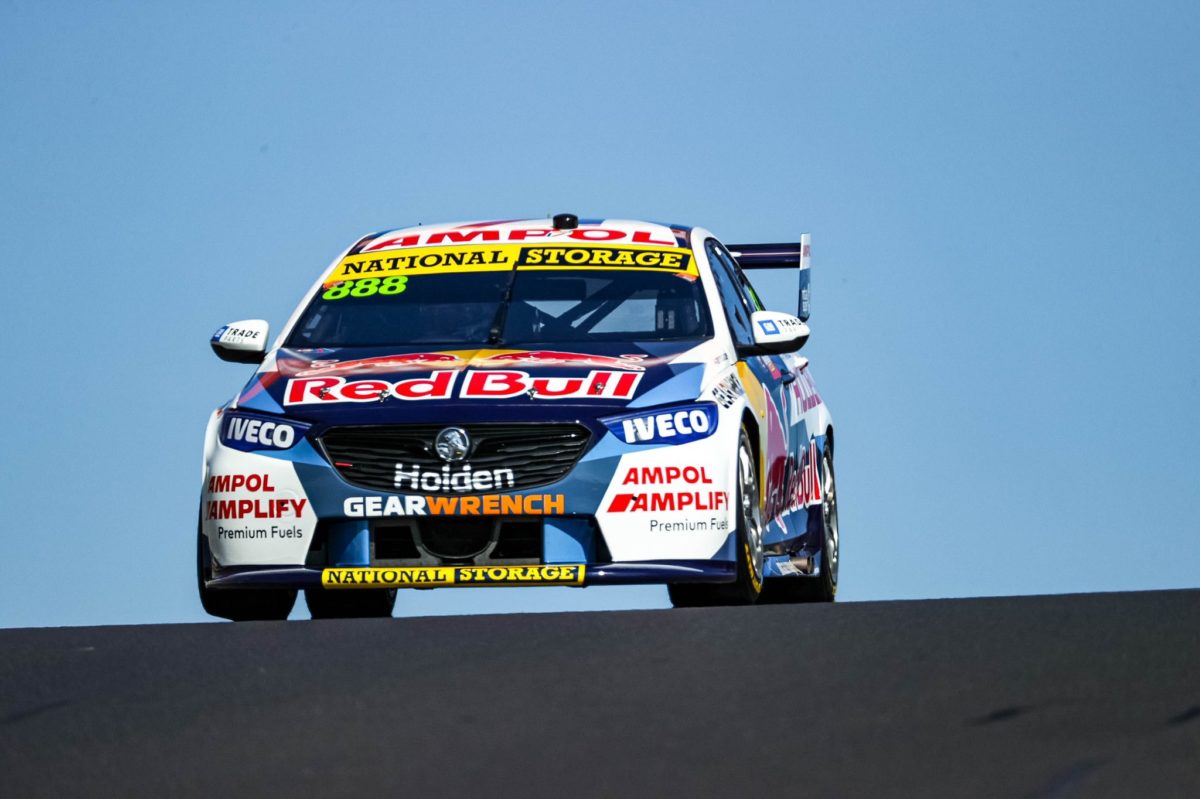 The Red Bull Holden Racing Team has some work to do according to Jamie Whincup after he ended Practice 3 for the Supercheap Auto Bathurst 1000 with the 16th fastest time.

A mistake from Whincup on his qualifying simulation run at the end of Practice 3 left the #888 Commodore with a best time of 2:05.7202s, 1.5 seconds off the outright pace set by Cameron Waters.

“I put some good tyres on at the end and the car felt reasonable, we just chipped away as the session went on,” Whincup explained.

“I just locked the rears at the last sector and didn’t complete the lap.

“We’re much better than 16th position, but I don’t think we’re the quickest at the moment.

The #888 experienced an interrupted day when Craig Lowndes suffered a power steering issue in Practice 2 and sat out more than half the session as a result.

Resolved in time for Practice 3, Lowndes took the wheel for the opening minutes of the session before handing it back to Whincup.

Across the garage, Shane van Gisbergen and Garth Tander ended the day with the third fastest car, one of five to drop into the 2:04 bracket.

The squad worked throughout the day to dial in the #97, starting with an especially slippery track for the opening 60-minute practice session.

“It was alright, the track’s completely different to this morning,” van Gisbergen said after Practice 3.

“We made some good inroads into the car which was good, some good progress.

“We put some good tyres on at the end, there are some quick cars out there. It feels alright.”

“We’re pretty good, we’re saying the same things, struggling with traction,” he added of the feedback offered by his co-driver.

“That sort of thing’s fixed itself as the rubber’s gone down, probably still have to chase that though when the rain comes and starts again, so yeah, it’s a bit of a mix-and-match but not bad.”

Practice for the Supercheap Auto Bathurst 1000 continues tomorrow with the fourth 60-minute session at 09:45 local time/AEDT on Friday.