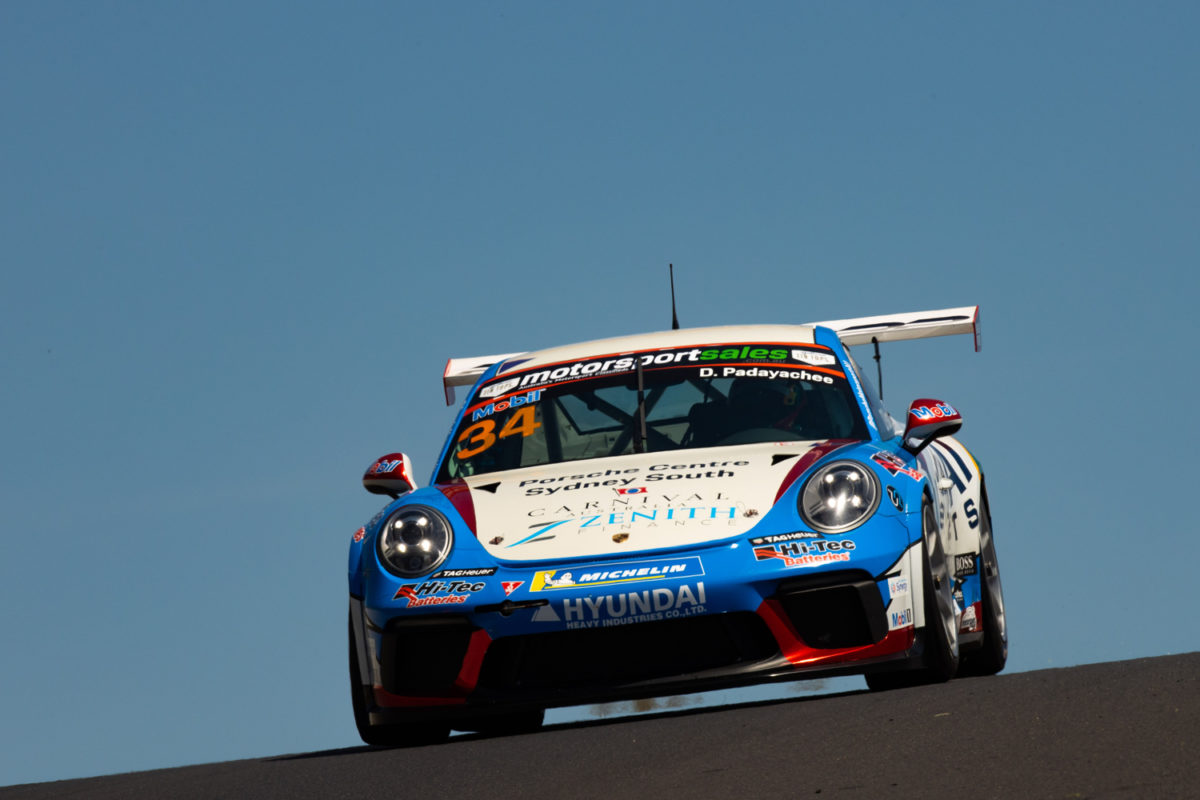 The fastest time in Practice 1 for the Tin Tops category at Mount Panorama belonged to Duvashen Padayachee after the opening day of the Supercheap Auto Bathurst 1000.

The session was red-flagged with 12 minutes remaining after Mark Duggan’s #58 Aston Martin DBRS9 ground to a halt out of The Cutting.

The session went green with just over four minutes remaining, with Padayachee lowering his initial 2:19 flyer into the 2:15 bracket.

Borg’s #1 Sieders Racing Team entry was atop the timesheets in the morning session with a 2:40.7608s, with Lachlan Gibbons just 0.0447s behind.

Vince Harmer (#164 Volvo E) had two incidents across both sessions, headlined by a high-speed spin across the grass at the Chase.

Harmer wound up second in Practice 1, with both sessions topped by the #28 Tilley Racing Ford Mustang of Brad Tilley.