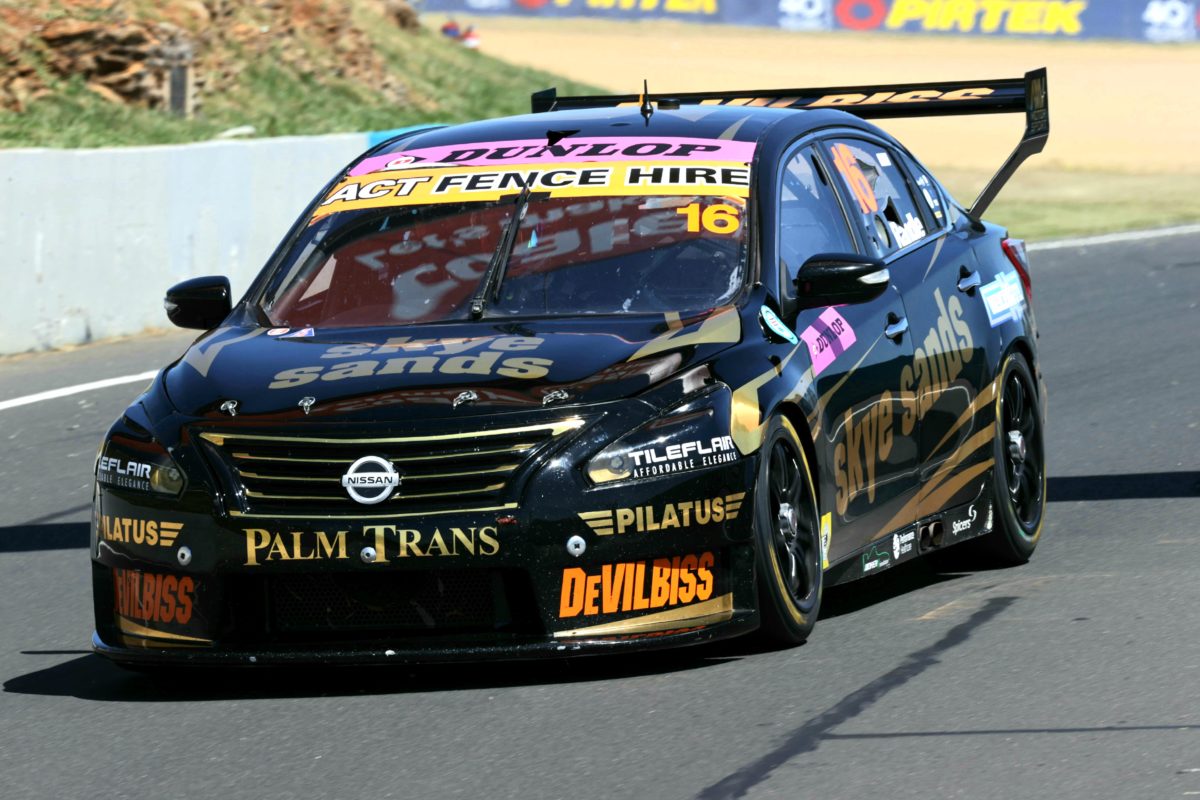 Thomas Randle has bested the Dunlop Super2 Series field by three quarters of a second in Practice 1 for Round 3 at Bathurst.

In a hit-out which was far slower than the corresponding session of just over 12 months ago, Randle set the pace with a 2:08.2166s after the chequered flag in his #16 MW Motorsport Altima.

The series leader was already six tenths up on his nearest rival for the title, Will Brown, when he fired in that effort having led since 10 minutes into the 40-minute session.

The early stages were a contest between Randle and Image team-mates Jordan Boys (#49 VF Commodore) and Brown (#999 VF Commodore).

All three enjoyed spells at the top of the timing screen, while Boys caught a loose moment at The Esses, before Randle pulled clear with a 2:09.3205s in the #16 Altima.

Broc Feeney was on a fast first sector when he got loose at Skyline and had to straight-line The Esses, but moved up to second spot with a 2:10.8448s around halfway through the session.

A red flag followed shortly after in order to retrieve the Masterton Motorsports VE Commodore of Super3 driver James Masterton, who spun into the wall at Reid Park.

At that point, Randle held sway from Feeney, Ojeda, Boys, and Brown, with Jon McCorkindale (#69 Mac Motorsport FG Falcon) best of the Super3 class in 11th outright on a 2:14.3371s.

The field was let loose again with a bit over a dozen minutes remaining, after which Randle improved four more times.

Those efforts had bumped Ojeda from second back to third, a position he consolidated with a 2:09.0197s just before the chequers.

Super3’s opening round winner, Jaylyn Robotham, was another spot further back both in class and outright having notched up a personal best 2:15.0202s in MWM’s #28 FG Falcon.