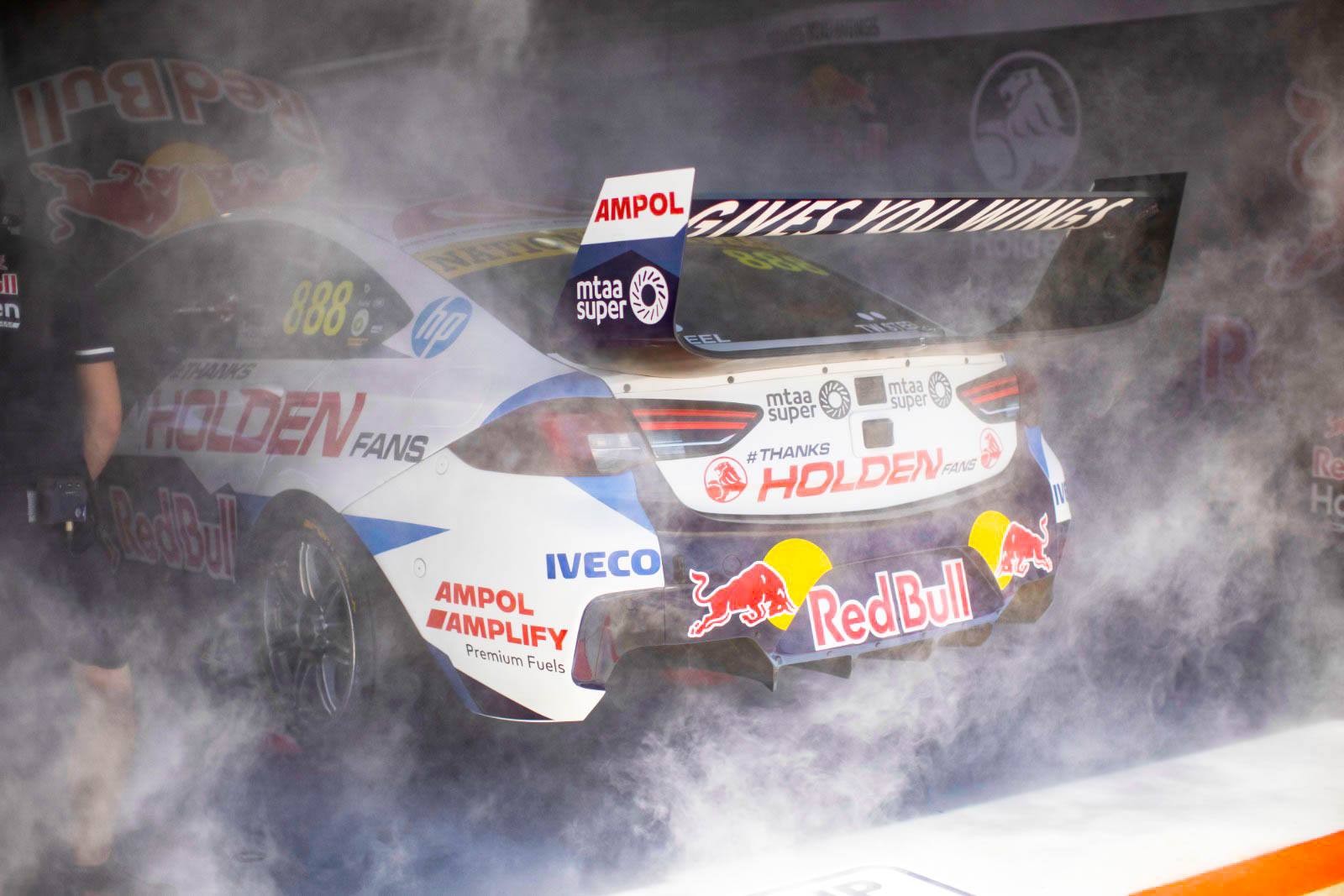 Craig Lowndes cut just eight laps in Practice 2 at the Supercheap Auto Bathurst 1000 after a power steering failure in the first co-driver session.

Lowndes returned to the pit lane after just 25 minutes and was quickly forced to evacuate the cockpit as a small fire broke out at the front of the car.

It was discovered a power steering pump seal has “popped out” but the team wasn’t sure what caused it to do so.

The problem was fixed shortly before the chequered flag flew. Ultimately, the seven-time Bathurst 1000 winner couldn’t complete another lap.

“It’s funny, I was just coming down Conrod Straight and it was just starting to smell a bit of oil,” said Lowndes.

“I couldn’t see any smoke, there was nothing in the cabin, so I didn’t know if it was a car in front of me that was oiling. I didn’t realise it was us until I got that late call to come in.

“It was on fire. Once the extinguisher gas all comes into the cabin, you want to get out, you don’t want to be breathing that in.

“It’s a shame. The car was actually feeling okay, we had a little bit of a push, across the top of the mountain the car was quite well-balanced.

“Hopefully we fix this (power steering) up and get going. Lucky I’m old and wise and I know what’s going on.

“But it’s a shame because, as I said, we were working to a program. We were just bedding in another set of brakes, which were going to be our race brakes.

“Then of course we were going to get onto some changes, but we didn’t get that far. Hopefully we can fix it.”

Practice 3 at the Supercheap Auto Bathurst 1000 gets underway at 16:00 local time/AEDT.