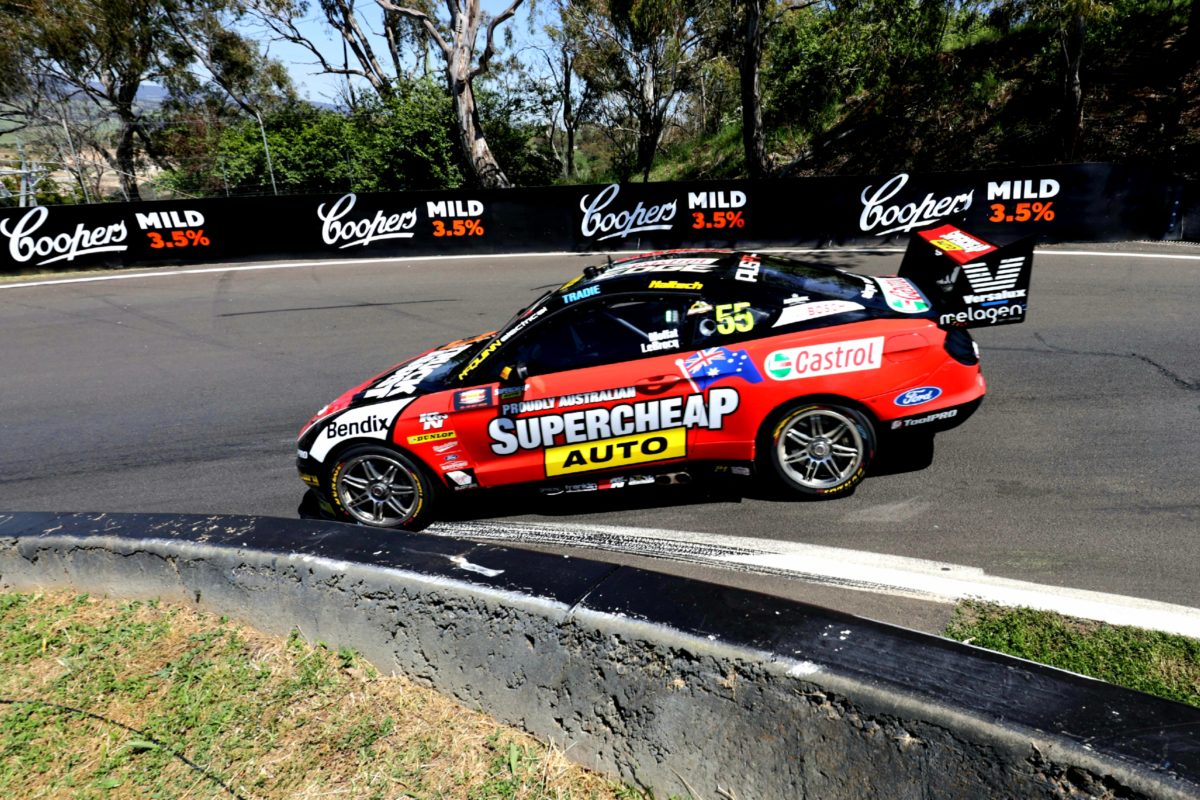 James Moffat has driven Tickford’s Supercheap Auto Mustang to the fastest lap time in the first co-driver session at Mount Panorama, while there was drama for Craig Lowndes.

Moffat laid down a 2:06.0584s in the final minutes of the hour-long Practice 2 hit-out at the Supercheap Auto Bathurst 1000 before Penrite Racing’s Brodie Kostecki came up 0.0245s shy.

Lowndes was classified 23rd in the #888 Red Bull HRT ZB Commodore having notched up only eight laps before a power steering failure and small fire put paid to his session.

As was the case in Practice 1, the #9 Penrite Racing ZB Commodore was fastest after the first flyers, but this time in the hands of Will Brown.

The men who won the 2009 Bathurst 1000 therefore occupied the top two after the first runs before Slade came out and reset the fastest lap three times out of four when he started his second run.

Russell’s effort came with a touch over 10 minutes remaining and just preceded the ‘happy hour’ in the session.

Slade eked out a few more hundredths relative to the existing fastest lap in clocking a 2:06.1158s before Moffat jumped from 17th with the 2:06.0584s.

D’Alberto was on to eclipse both of them until he made a small lock-up at Murray’s Corner and could only record a 2:06.4134s on that final-minute lap.

The chequered flag had already been unfurled when Brodie Kostecki rebounded from eighth to second by driving Car #99 to a 2:06.0829s.

“It’s nice to remember how to do it; it’s been a fair while,” said Moffat.

“The car was pretty solid then. Full credit to the team and Brad (Wischusen) the engineer in particular to roll the car out of the truck close to where it needs to be.

“You know what this track’s like, it’s all about confidence. If you’ve got that confidence to especially find that speed down the bottom, then the lap time comes.”

Rounding out the top 10 were Brown, Tander, Russell, and Golding.

Lowndes’ drama saw Car #888 blowing smoke before the seven-time Supercheap Auto Bathurst 1000 winner was called into the pits and took no further part in proceedings.

The #3 CoolDrive ZB Commodore piloted by Tim Blanchard was seen at the start of the piece with a door flapping open, but the session ran uninterrupted.

Practice 3, which is open to all drivers, starts at 16:00 local time/AEDT.