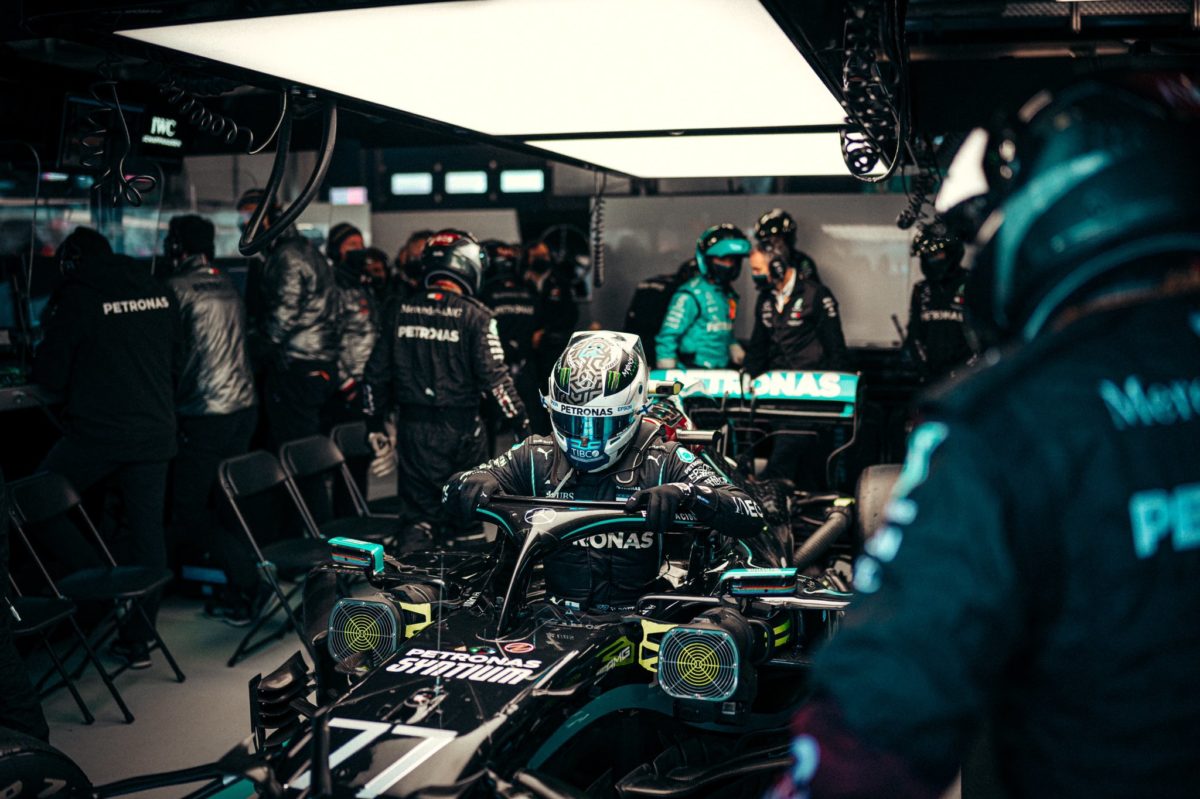 Mercedes remain hopeful Valtteri Bottas will avoid a grid penalty at the next race in Portugal, but conceded they will have a “lot of checks to do” following the Finn’s retirement at last weekend’s Eifel Grand Prix.

Bottas ceded more ground in the title race to team-mate Lewis Hamilton after he was forced to retire from Sunday’s race at the Nurburgring, despite starting from pole position.

Shortly after the Virtual Safety Car restart, Bottas was called into the garage after his team detected an issue with his car’s MGU-H, resulting in a first retirement of the season across both Mercedes entries.

Hamilton went on to claim a record-equalling 91st career victory, with the Briton extending his championship lead over Bottas to 69 points with six races remaining.

“At the end of the VSC period Valtteri complained of a lack of power,” Vowles said in the team’s latest post-race debrief video.

“We could see on the data that the MGU-H, the hybrid element of the car that produces electrical energy, but also turbo control, wasn’t working correctly.

“We tried a few switch changes with Valtteri which may bring these systems back, so through the steering wheel he could put a default code in that may bring back parts of the hybrid system.

“It was clear though that it had failed completely even after the switch changes and as a result we boxed the car and stopped it.”

Further damage to the power unit may have forced a change, which would have triggered a grid penalty for Bottas, which would all but end his title challenge.

“We felt that the system failure wasn’t hardware but actually electronic and the sooner you stop it the less damage you are going to do to any of the systems and the more chance that we will take no penalties with Valtteri as a result,” Vowles continued.

“We’ve got a lot of checks to do and we will check the systems in Portimao but hopefully no further penalties will come as a result of this failure.”

The season will resume at Portimao across October 23-25 for the championship’s first event in Portugal since 1996.