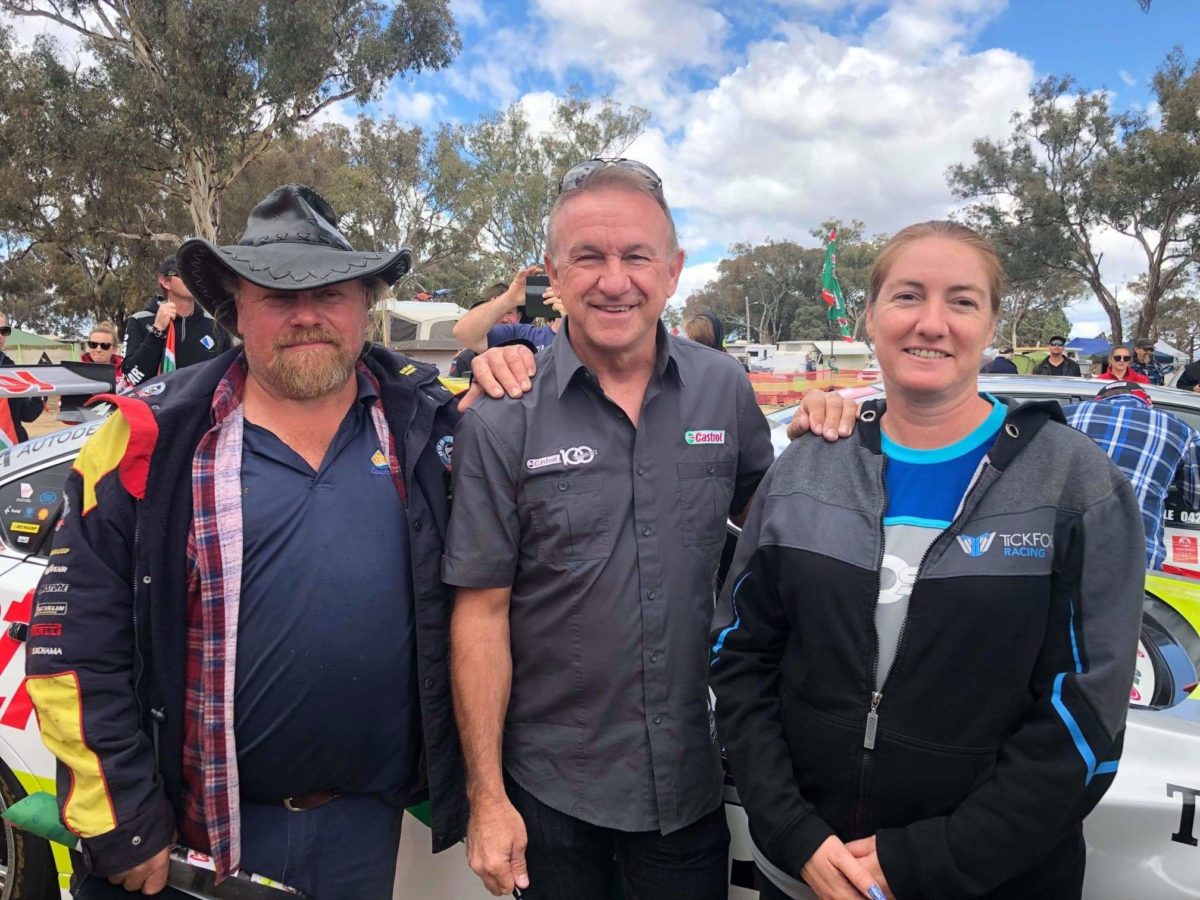 There are thousands of fans who are shattered that COVID-19 restrictions have put an end to their annual pilgrimage to Mount Panorama for the Supercheap Auto Bathurst 1000 this week, but few more than Kylie Hall.

Many would think it the most unlikely place in the world to find love, but Mount Panorama has been the origin for many a romance over the years, including a partnership between Ford fanatic Hall and her Holden-loving boyfriend Bruce Bradley.

Through the years there have been several very public proposals and even a couple of weddings at the mount and Hall was confident of being added to that list this weekend, but it looks like she will have to wait at least 12 months.

New South Wales restrictions mean that all camping has been banned at Mount Panorama and no more than 4000 spectators will be able to attend this week’s race and even they will be strictly controlled with social distancing guidelines on the front straight.

As a result Hall and Bradley will be forced to watch the race at home at Lake Haven on the NSW Central Coast.

Bradley attended his first Bathurst 1000 in 1979 and has camped on top of the mountain at McPhillamy Park every year since.

Hall had her first visit to Mount Panorama in the early 90s after being invited by a teenage friend whose father was racing in HQ support events.

In the pre-race lead up she had a chance meeting with champion driver Glenn Seton and was hooked on the sport and Ford and has not missed an event since – camping with friends or just by herself at The Chase in recent years.

“My friend was allowed to take one friend and I was lucky enough that she chose me,” said Hall.

“We were not allowed to the top of the mountain because it was too dangerous in those days, but we used to sneak up anyway.”

Kylie, 44, answered a Facebook request to transport a random fan’s son, Luke ‘Scooter’ Bradley, from the Central Coast to Bathurst in 2017.

In the end, the delivery did not have to be made, but she agreed to meet with the boy’s father anyway and that turned out to be Bradley, 57.

They kept in touch during the next 12 months, but it was not until the following event in 2018 that things became serious.

“I was camped down at the Chase and Bruce was at McPhillamy,” said Hall.

“He offered to come down and help me set up my camp site because the friend I was sharing with was not arriving until the next day. The rest, I guess, is history.”

The pair developed their relationship over the next 12 months and Hall knew she was being considered as a keeper when she was invited to stay at the long-term camp site of Bradley and his mates at McPhillamy last year. 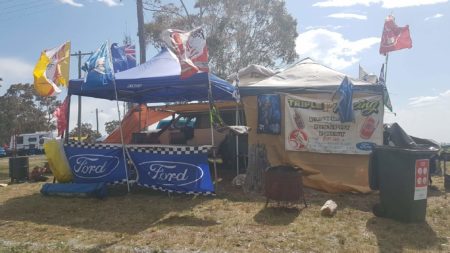 “The boys said last year my name would be going on the sign, but Bruce has been a little reluctant for that to happen,” Hall laughed.

“I am not sure what my name would be. Every time I leave the site they all yell out ‘Jen Neee’ as in Jenny from Forrest Gump, so maybe that would be mine.”

Recently Bradley purchased some land at Woodstock about an hour south-west of Bathurst towards Cowra so the pair could be closer to motorsport’s sacred ground.

“We are both devastated that camping isn’t allowed at the mountain this year,” said Hall.

“The place is like our second home and that’s why the house is being built at Woodstock because we just love the region.

“We understand with COVID-19 that things need to be adjusted, but not allowing the same amount of visitors that the footy has just does not make sense.

“It is even more confusing when you pull into a caravan park at Cowra just down the road and it is packed to the rim.”

With camping out of the question this weekend, what is the plan?

“I already have all my gear together for an all-day party at home,” said Hall.

“I have all my Supercheap Happy Bathurst Day gear I buy every year. I have the chairs, tables, banners and other camping gear and I will have it all out.”

Hall has already declared that she wants her ashes scattered at the Chase and Bradley wants his released at Brock’s Skyline, which makes sense for a Holden fan.

So with the long-term future obviously already worked out, what about the immediate plans for the pair of Bathurst lovebirds?

“And I am pretty sure there was going to be a proposal on the mountain.

“Bruce was the one who brought it up, not me.

First of all they have to survive a weekend in front of the TV cheering on their respective Ford and Holden teams.