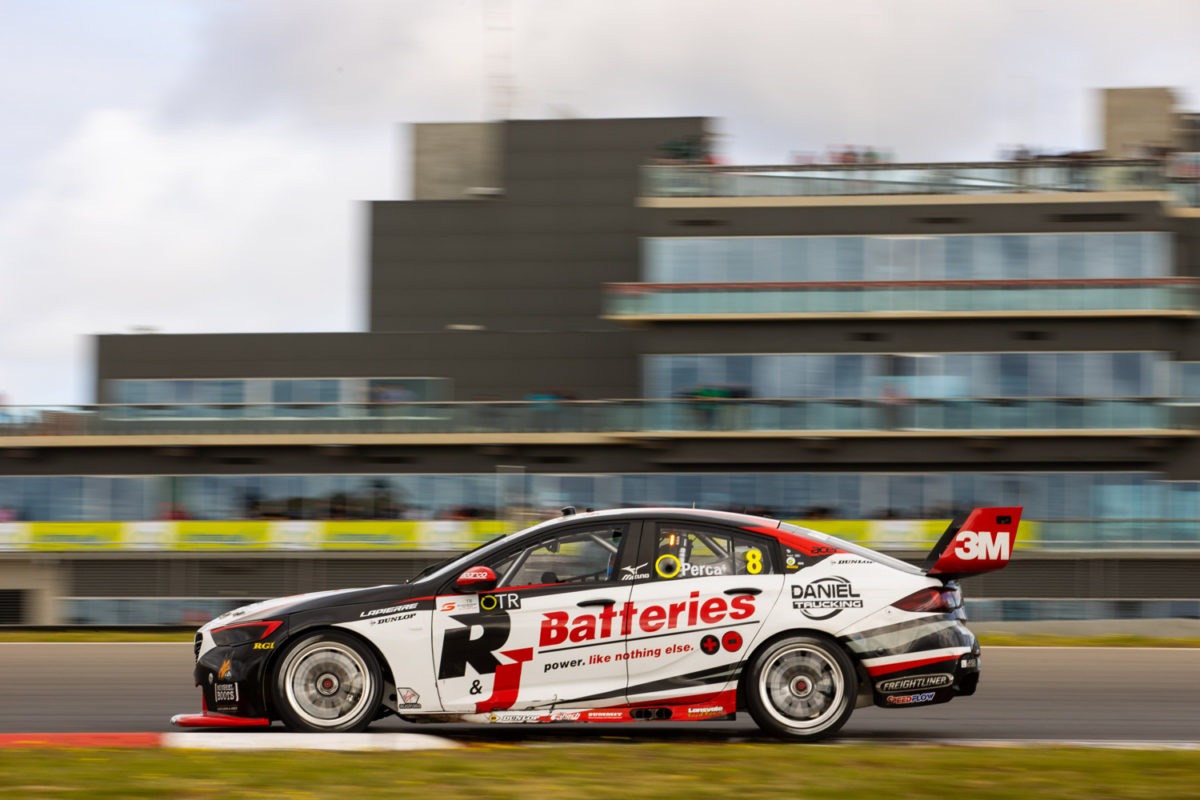 Brad Jones is cautious about setting any great expectations for his #8 entry of Nick Percat and Thomas Randle but believes that the former’s recent performances bode well for Bathurst.

Percat has enjoyed his best season to date with two race wins and a career-first pole position, and currently sits sixth in the Virgin Australia Supercars Championship.

Furthermore, Randle is leading the Dunlop Super2 Series with two race wins of his own and three poles from three, marking the R&J Batteries car as arguably one to watch.

Brad Jones Racing has come close to winning the Supercheap Auto Bathurst 1000 on several occasions, including when Jones himself and John Cleland finished runners-up in 2001.

Percat led the race with 16 laps remaining in 2017, his first year with BJR, and Tim Slade/Ash Walsh dug themselves out of two laps down to finish on the lead lap in seventh position a year prior.

A win remains elusive for the Albury team and, despite the form line in 2020, Jones is reluctant to set firm expectations at least until cars hit the track today.

“I learned a few years ago that coming to Bathurst with high expectations is a dangerous thing to do,” he told Speedcafe.com.

“Our expectation is for us to do the very best we can and see where we land.

“(Today is) really the first day; you put the car on the track and you get a bit of a feel for where you are.

“Honestly, I don’t really have any set expectations for any of the cars; I just hope that when we put the car on the track, we have a good turn of speed and, rather than a lot of hard work, we tune it.

“If that’s the case, and the season is a yardstick, then I’d like to think we’re going to be pretty competitive.”

Asked to compare Percat’s and Randle’s chances to previous BJR campaigns at Mount Panorama, Jones reiterated his stance, but did nominate a podium as something of a goal.

“You really need to see how the cars go when they go on track,” he stated.

“I think we’re going to be, if how we’ve run this season is any indicator, pretty fast.

“At this place, we’re usually very competitive but until we get on track it’s really hard to know.

“We’ve come up here to do the very best we can and hopefully get a podium, but how that’s going to look, I don’t know until we get on track and see where we are.”

Practice 1 for the Supercheap Auto Bathurst 1000 starts at 09:30 local time/AEDT.