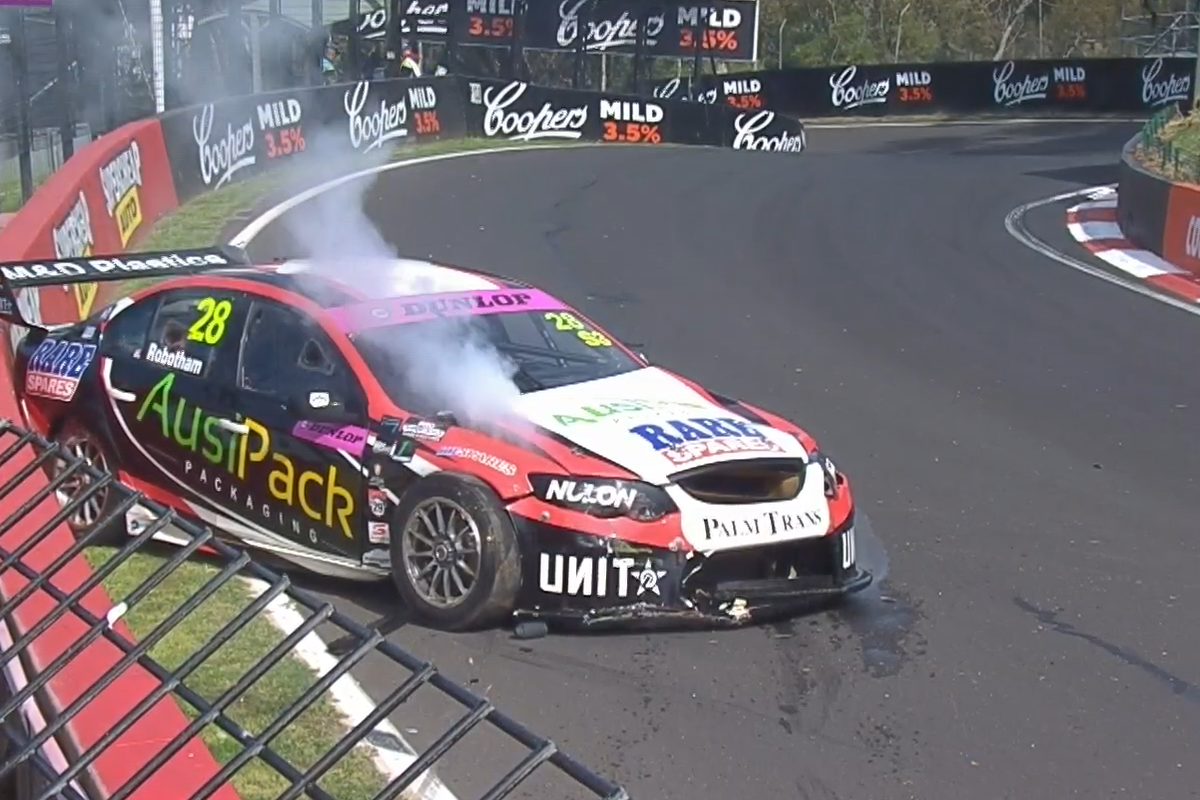 Jordan Boys was fastest when a crash for Super3 Series leader Jaylyn Robotham brought an early end to Super2 Practice 2 at Bathurst.

Robotham lost control of his #28 MW Motorsport FG Falcon at Skyline and swapped ends through The Esses before making rearward and side-on contact with concrete walls on the inside and outside of the Mount Panorama circuit.

The crash meant that the last seven minutes of what was to have been a 40-minute session were lost, possibly preventing some drivers from making green tyre runs.

Image Racing’s Boys (#49 VF Commodore) was left on top of the timing screen with a 2:07.9007s which he has set moments before the red flags were flown.

Triple Eight Race Engineering’s Angelo Mouzouris (#10 VF Commodore) ended up second on a 2:08.2666s and Will Brown made for two Image entries in the top three with a 2:08.7715s in the Erebus-supported #999 VF Commodore.

Brown had achieved the fastest first flyer in the form of a 2:09.7526s, which stood until Super2 series leader and Practice 1 pace-setter Thomas Randle (#16 MW Motorsport Altima) clocked a 2:09.0206s on his third timed lap.

Randle further lowered the fastest lap time to a 2:08.7959s on his second run, before Mouzouris closed to within 0.0606s of top spot.

Brown did take over first position with the 2:08.7715s on his second run before Mouzouris went faster again in laying down his 2:08.2666s.

Boys had not long got away with a slide into Griffins Bend when he strung together the fastest second and third sectors, and a good enough first one, to go quickest on green tyres.

Randle wound up fourth having not been able to complete a lap on his third run due to the red flag, and therefore not been able to improve on his 2:08.2166s in Practice 1, while Feeney was fifth.

Declan Fraser was quickest in Super3 with a 2:11.2750s which put the #777 Anderson Motorsport FG Falcon 11th outright, one spot ahead of Robotham both in class and outright.

Qualifying for Race 1 of the weekend starts tomorrow at 11:35 local time/AEDT. 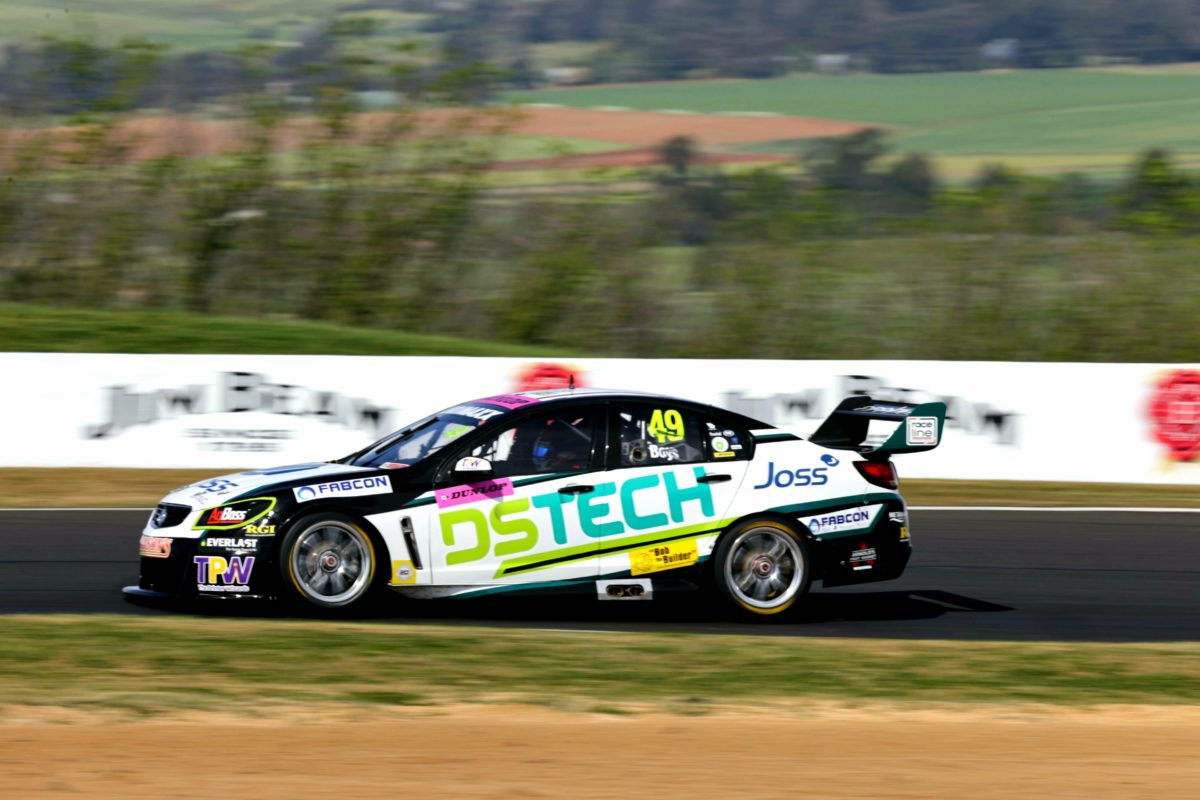 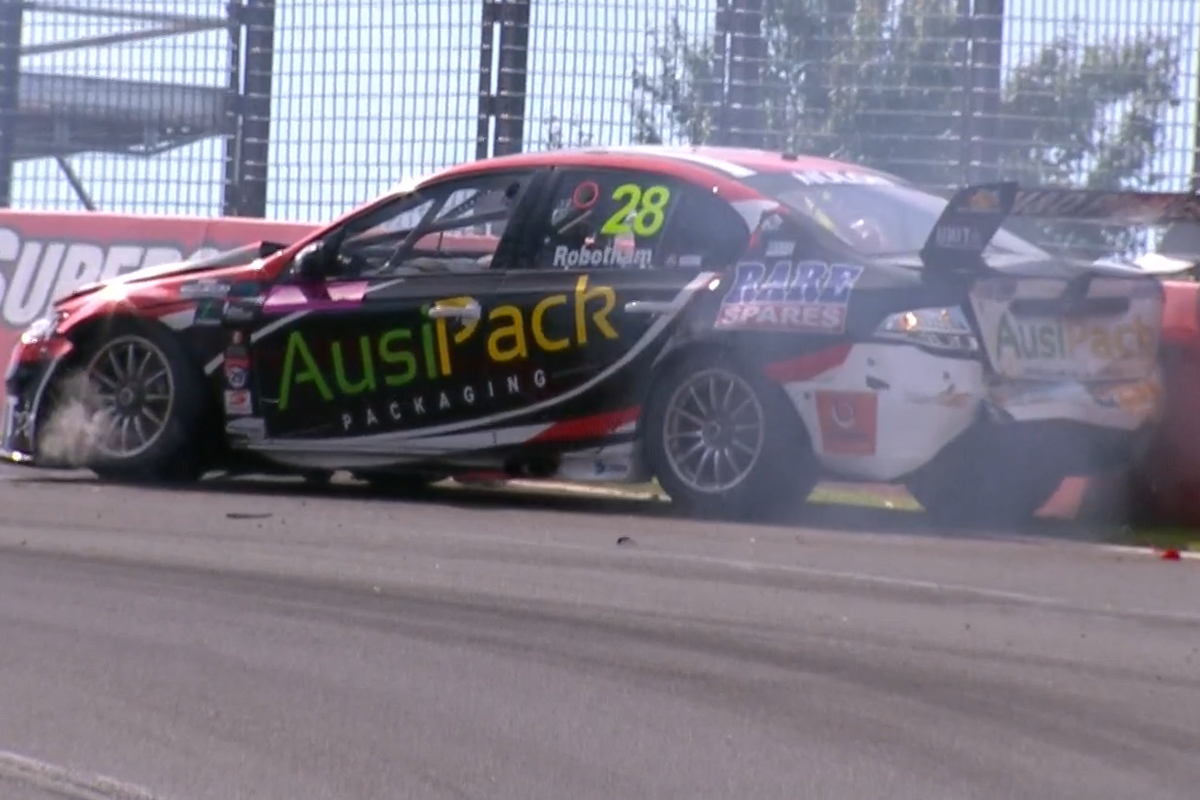