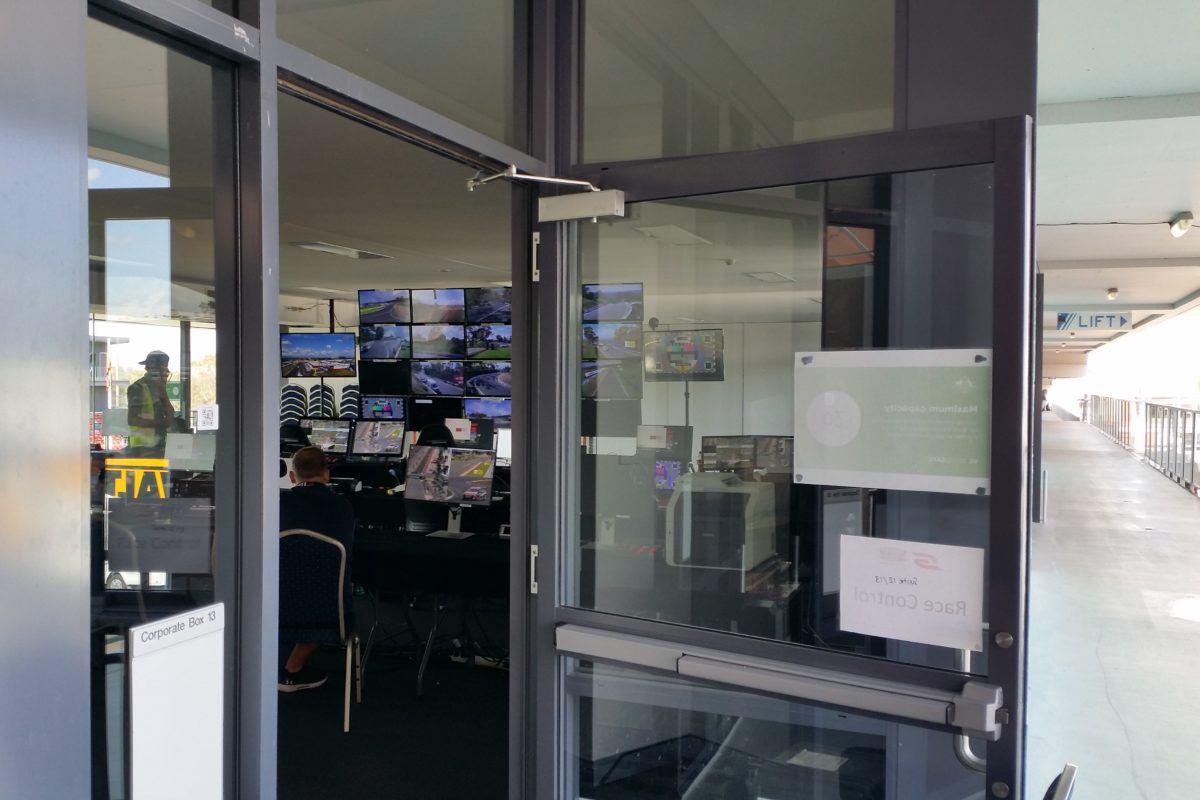 Race Control for this weekend’s Supercheap Auto Bathurst 1000 has been relocated from its usual location due to COVID-19 precautions.

Race Control at Mount Panorama normally works from the signature overhanging room halfway along pit lane, but will instead function from a corporate suite downstairs which would otherwise be vacant due to the crowd cap.

Supercars Race Director Tim Schenken, one of the key figures in the room, has explained that the move will give personnel a larger space to work in and thus enable social distancing. 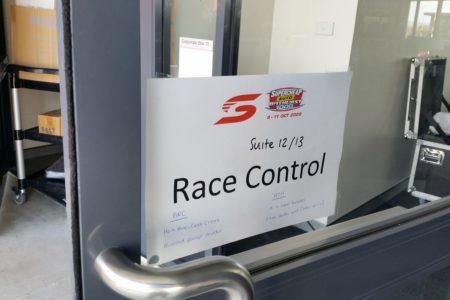 “We couldn’t achieve that in the proper room, in the Race Control room, so we’ve had to move downstairs.

“To be honest, now we’re running most of the racing from the television pictures anyhow, and the radio communication system, so it’s not so important to have to look out the window.”

The change has no operational impact, although stewards will return to the Race Control room temporarily.

They had come to ordinarily work from their own room, allowing communication amongst themselves and freeing up space which had become increasingly scarce due to new initiatives such as Hawk-Eye, and communicate with the Race Director and Driving Standards Advisor via radio.

“The stewards have been working remotely, in their own office, during competition – practice, qualifying, and racing,” noted Schenken.

“We’ve put them back in Race Control because we’ve had to move all the systems and all the feeds down into the one room, but they’re just in a separate corner in the back, working on their own.”

Temporarily moving Race Control away from its usual home does, however, represent a chance to change the layout of the room in order to better suit modern practices, according to Shenken.

“There’s an opportunity just to lay it out differently, and the modern way to do that now is theatre-style – three rows, across – where this is more of a curved arrangement, which was popular maybe 15 years ago,” he explained.

“(Theatre-style) just allows everyone to see the screens because now we’ve got all the monitors up there, and at some circuits we’ve got CCTV as well, so we’ve got a bank of monitors.”

The Supercheap Auto Bathurst 1000 represents the first event which Schenken has worked at since the first Sydney Motorsport Park event in late-June.

Ask how he felt about being back, Schenken responded, “I feel I never left; no change.

“James has been doing well, but it’s nice to be back, absolutely.”

In related news, the Safety Car has a new look this weekend, with the Mustang to be adorned in the bright green hues of Foxtel’s sports streaming service, Kayo. 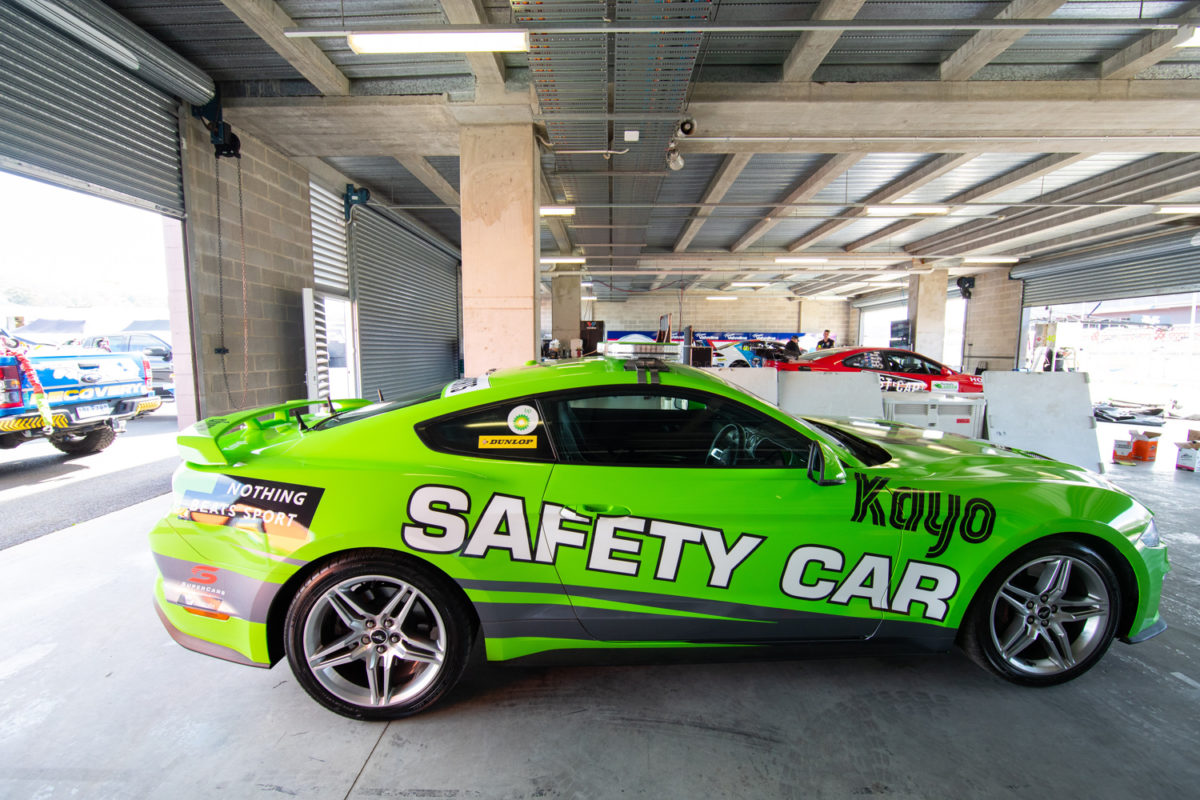 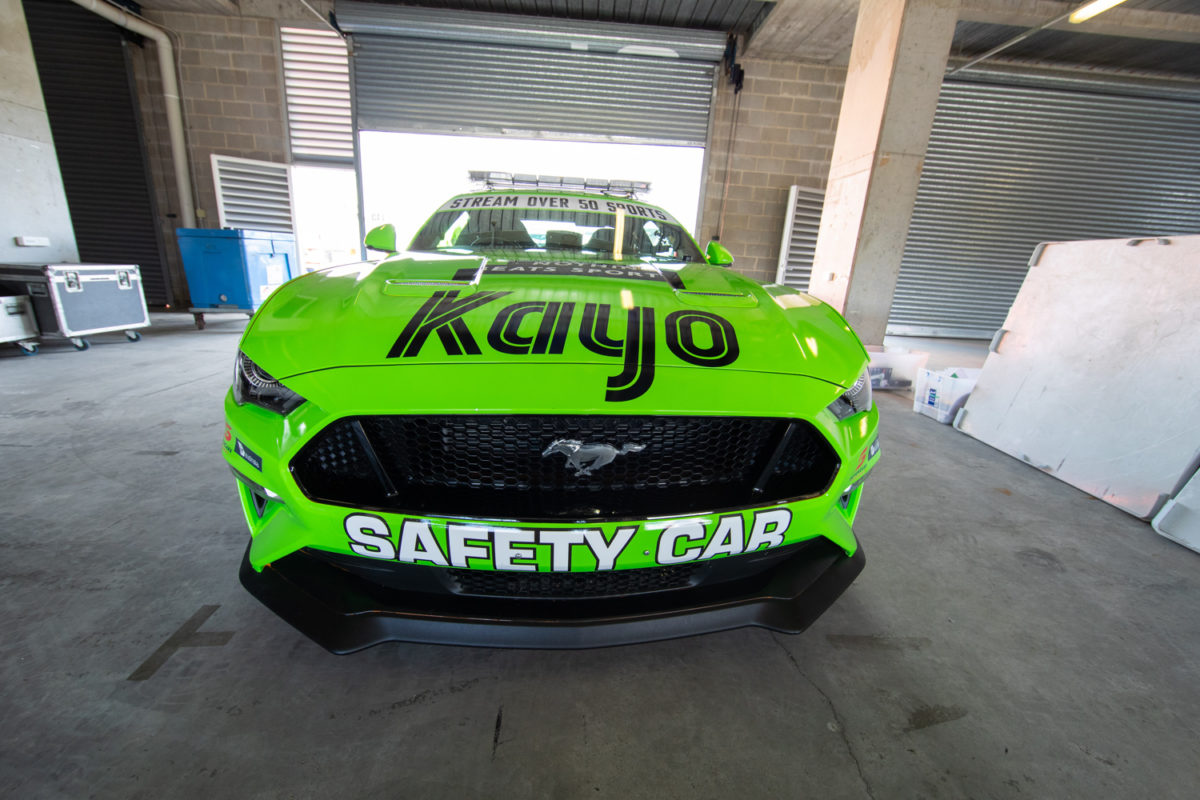