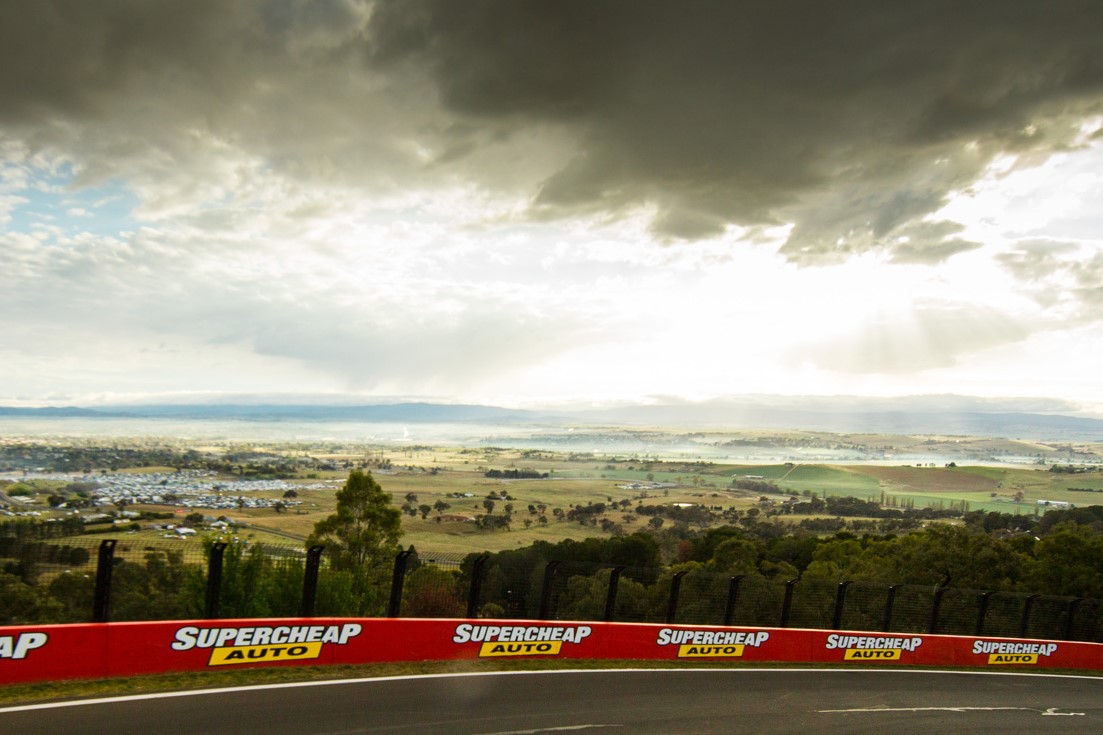 Rain is forecast to hit Mount Panorama on Sunday

Supercars is expected to bring the start of the Supercheap Auto Bathurst 1000 forward by half an hour due to the threat of inclement weather.

UPDATE: Supercars has confirmed the start time of the Bathurst 1000 has been brought forwards.

The Bureau of Meteorology has forecast showers and a chance of thunderstorms in the morning and afternoon on Sunday.

A forecast issued on Thursday morning predicted a 100 percent chance of rain between 15mm to 20mm.

However, a second forecast issued at 16:30 local time/AEDT has since been revised to an 80 percent chance and up to 10mm of rain.

Last year’s Bathurst 1000 was hit by rain in practice, but Sunday’s race was a dry affair throughout.

The 2017 edition, which was won by David Reynolds and Luke Youlden, saw rain for the majority of Sunday’s race.