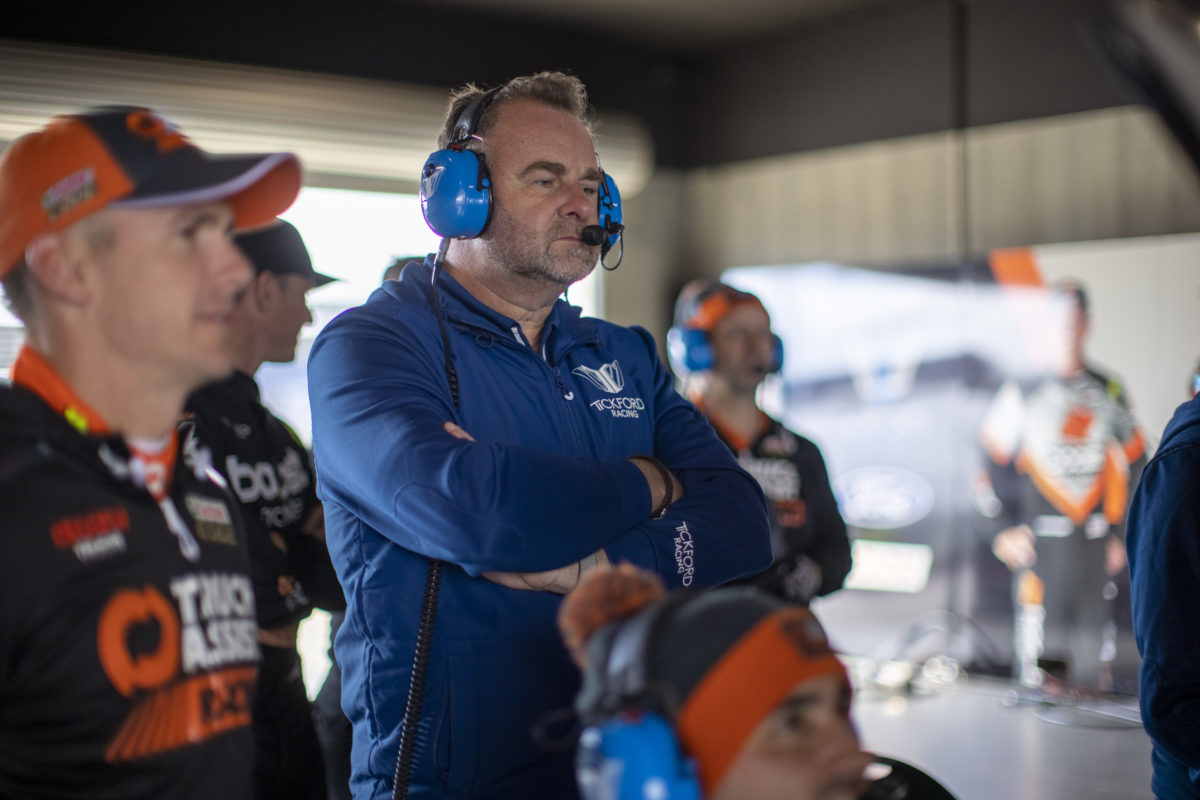 Tickford Racing is heading into this weekend’s Supercheap Auto Bathurst 1000 in strong shape with the best co-drivers in its history according to team boss Tim Edwards.

The four-car operation has enjoyed wins courtesy of Le Brocq and Waters thus far in 2020, the most recent coming last time out at The Bend Motorsport Park.

It occupies third and fourth in the teams’ championship, which is split up into two-car entities for the competition, with all of its full time drivers having stood on the podium during 2020.

That’s come despite the squad having operated outside of its Campbellfield workshop, fleeing its base ahead of border closures in early July as did all Victorian teams.

They’ve been on the road ever since, basing themselves at Sea World on the Gold Coast for a time.

“It’s certainly been a long journey for the team, but while there’s a light at the end of the tunnel our focus is solely on this weekend and trying to bring that Peter Brock trophy home with us,” said Edwards.

“We’re in a really good position at the moment, all four cars are running well, the team is operating really well, and we have the best co-driver line-up maybe in our history.

“While we’re very optimistic of our chances on Sunday, we know as well as anyone what this race can throw at you, so we’ll take this weekend lap by lap, and hopefully be there when it counts.

“It goes without saying that the best way to reward our team – both those traveling and those at home – would be to win on Sunday, that’s certainly what we’re here to do.”

Track action at this year’s Bathurst 1000 begins from 09:30 tomorrow morning with an hour long practice session.

That’s followed by another hour exclusively for co-drivers at 12:45 and a third 60 minute session to round out the opening day at Mount Panorama from 16:00.