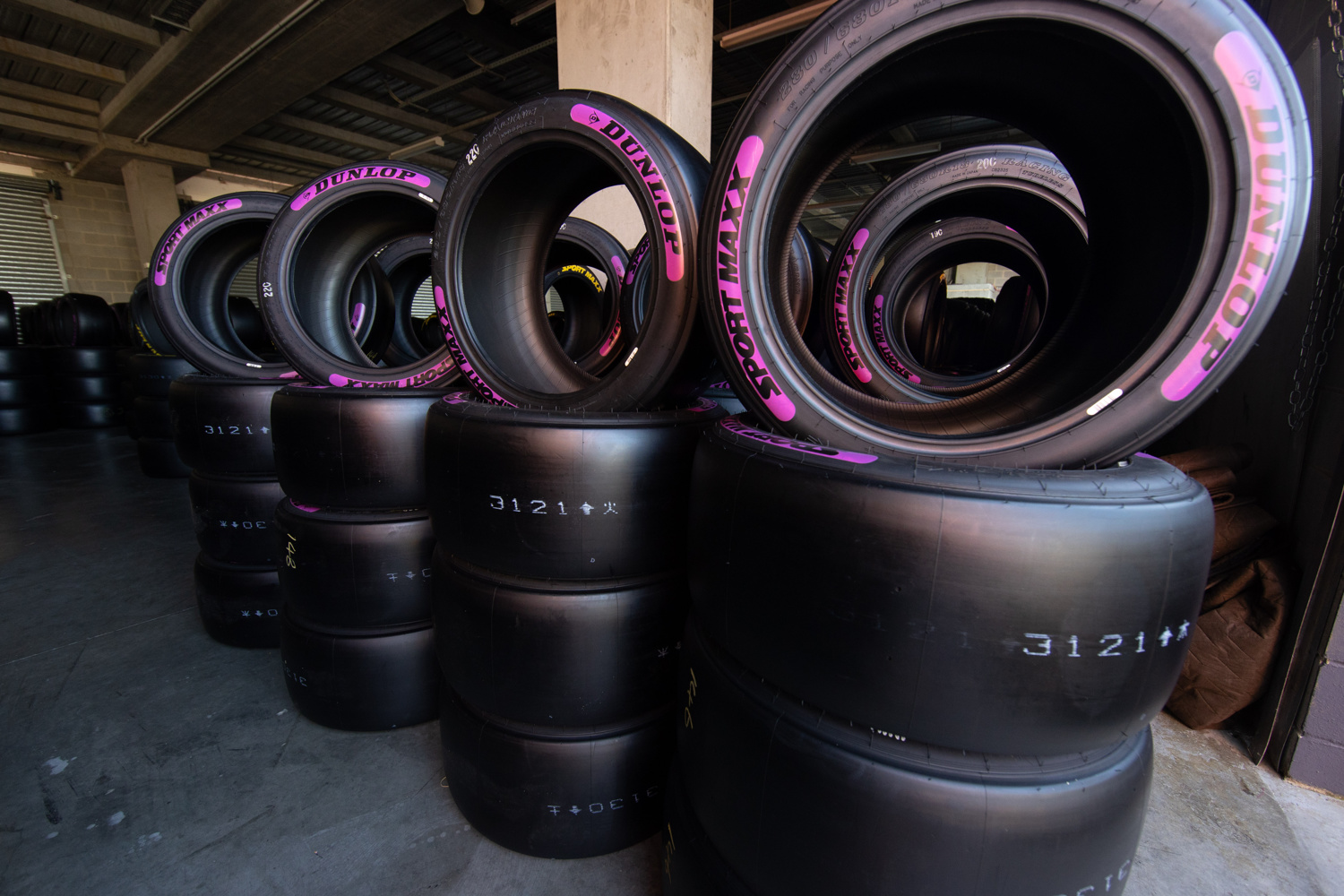 Supercars has confirmed a split tyre allocation for the Bathurst 1000

Supercars has confirmed teams will have their tyre allocation split at this weekend’s Supercheap Auto Bathurst 1000.

The split in allocations comes in the wake of a wharf dispute in Sydney, which delayed tyres that were bound for Bathurst.

As a result, those tyres have been replaced by a different batch in Melbourne.

Those tyres are only to be used in practice and/or warm-up session.

A total of 40 event marked tyres will be stamped with the pink Dunlop branding, which coincides with a tie up with the National Breast Cancer Foundation.

Of those 40 tyres, 24 can be used in all sessions (marked PA), but are the only tyres allowed to be used in qualifying.

The remaining 16 (marked SL) will be pre-stamped and can only be used in Practice 6, Practice 7, and the race.