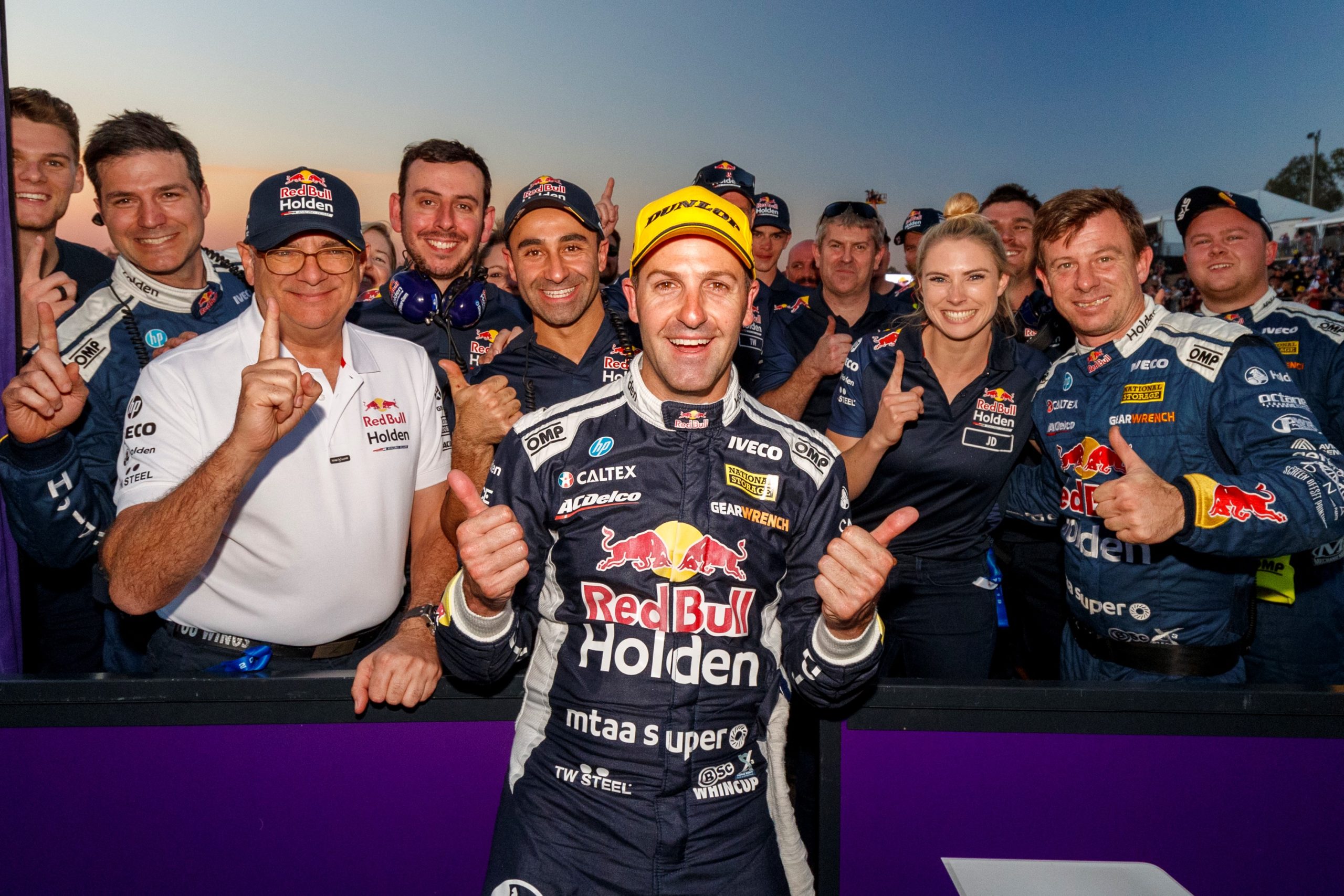 Roland Dane says Triple Eight Race Engineering’s time with Holden has brought “an awful lot of joy and happiness” to the team and its fans.

From its first year through to 2009 the team ran the Ford Falcon platform.

However, after Ford reduced its support, a switch to Holden came in 2010 for Triple Eight.

By 2017 the team had become the factory-backed outfit, taking the mantle formerly held by Walkinshaw Racing.

Reflecting on the 11 years that the team has run with Holden, Dane said Triple Eight’s one-two finish on debut with the brand in 2010 stands out as a highlight.

It came at a time when the team was short on time to have its pair of Holden VE Commodores ready to fly to Abu Dhabi for the season opener under lights at the Yas Marina Circuit.

Ultimately, Dane said his relationship with Holden, its partners, and its fans has been the greatest experience.

“There are all sorts of highlights that we’ve had,” Dane told Speedcafe.com.

“Being able to have a one-two in our first ever race in Abu Dhabi with the Commodore in 2010 was fantastic.

“That was just a tribute to all the people working on that programme and the support that we had from Holden.

“That was immensely satisfying, but there have been countless other times, to be honest, when we’ve had real highlights to talk about.

“We’ve had some great interactions with Holden, with the people that worked there over the years, and so many fans that have supported us and bought our merchandise and come to signings and who have bought Craig Lowndes special edition cars, et cetera.

“It just goes on and on. At the end of the day, it’s been a great experience, great fun, and brought an awful lot of joy and happiness not only to us but to an awful lot of fans and partners over the years. Now we’re looking forward to the next chapter.”

This year’s Supercheap Auto Bathurst 1000 will mark the last time Triple Eight will be backed by Holden.

Earlier this year it was announced General Motors would pull out of all right-hand-drive markets, bringing an end to the Australian marque after over 160 years.

The Red Bull Holden Racing Team is set to reveal a Holden tribute livery today, but Dane said other tribute plans were ultimately kiboshed due to the coronavirus pandemic.

As a result of the pandemic, just 4000 spectators will be allowed to attend Mount Panorama each day.

“It’s a very strange one,” Dane said of this year’s Great Race.

“Given that there’ll be some fans there but no campers, the environment that we all find ourselves in this year will clearly make it very different from anything that certainly I’ve ever experienced there and I think most people.

“Everyone won’t have experienced anything like this at Bathurst before regardless of any other considerations.

“The overall environment will be strange not having the interaction with the fans and also not having the full complement of fans that we normally have all the way around the circuit.

“It’s the last appearance of an official factory Holden team, but we’ll still be there next year and the car will be the same, it just won’t be an HRT car anymore.

“We have to look forwards, not backwards, to be honest, and that’s what we’re doing.

“We’ll mark the occasion and we’ll certainly be thankful for the involvement we’ve had with Holden over the last decade and thankful of all the support that we’ve had from the Holden fans over that period of time. But really, I’ll be looking forwards.

“There’s a few things going on, but to be honest, the reality is the rug got pulled on an awful lot of what we were planning by the situation we’re in,” Dane said of tribute plans.

“The tributes are for the fans. We’re not going to be self-indulgent about it because it’s not for us, it’s for the fans. If they’re not there it’s impossible to activate that side of it the way we would’ve liked.

“Yes, there’ll be recognition of it, for sure, but nothing like the same level we would’ve done if we were free to do so in a non-covid world.