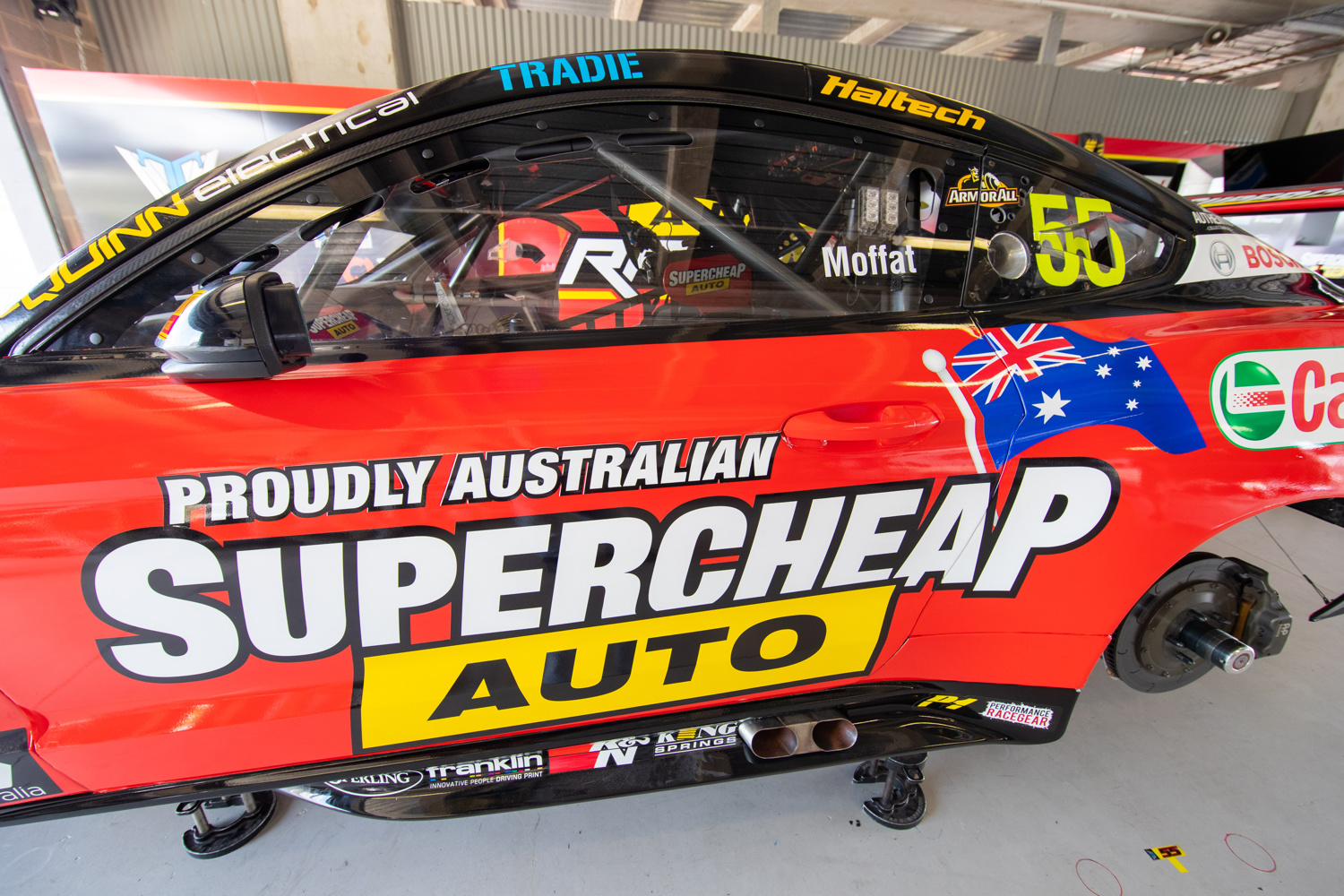 Supercheap Auto Racing has given the #55 Ford Mustang a cheeky livery tweak ahead of the final Bathurst 1000 backed by the parts retailer.

The Supercheap Auto logo now sports the tagline ‘Proudly Australian’ above it and an Australian flag beside it.

The change comes after it was announced parts retailer Repco would take over as the naming-rights sponsor of the Bathurst 1000 from 2021.

While Repco began life as an Australian brand, it was later bought out by American group Genuine Parts Company.

Repco will also be the naming rights sponsor of the Supercars Championship next year, both deals set to run for at least five years.

“It’s just great that Supercheap Auto being an Australian-owned brand, it’s awesome to put that out there – especially at their last event (as title sponsor),” Le Brocq said.

The livery tweak comes after Supercheap Auto released a press conference spoof video announcing the ‘break-up’ between the brand and the Bathurst 1000.

With this year’s race being the last for the brand, Le Brocq said it would be a fitting tribute if they could stand on the podium.

“Being the last Supercheap Auto Bathurst 1000 for the foreseeable future, it’s a big thing for those guys,” Le Brocq said.

“Sixteen years and it’s the end of the road at this event for them. It’s a big milestone for us, everyone at Supercheap Auto, the team, especially with the circumstances on the road, I think it would be pretty special to be on the podium – it would be absolutely unreal.

“Anything’s possible. It would be an awesome achievement for everyone, especially being the last one for Supercheap Auto.”

Le Brocq will be joined by James Moffat in this year’s Supercheap Auto Bathurst 1000, which gets underway at 09:30 local time/08:30 AEDT.