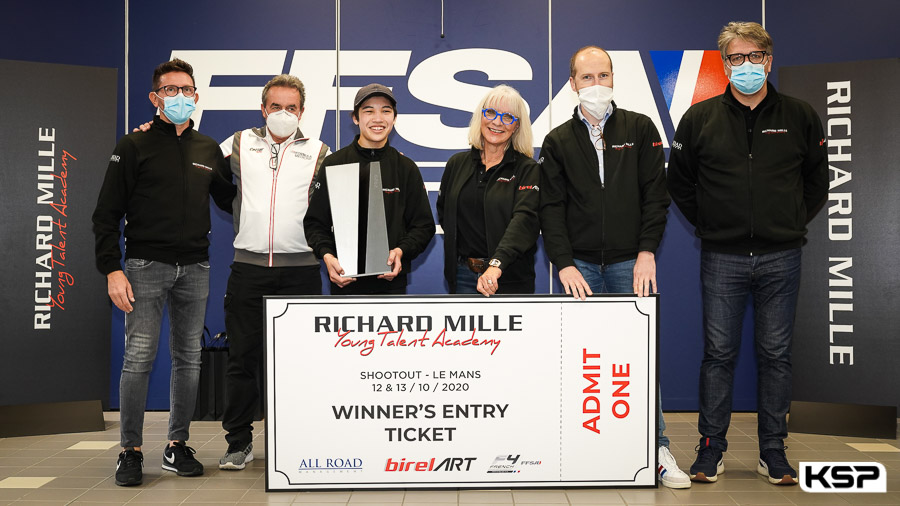 Barter was involved in a two-day evaluation process which came down to a final three-way battle with young Swedish driver Albin Karlsson and Frenchman Craig Tanic.

Ten Birel ART go-kart drivers from around the world were selected for the third version of the academy which was arranged around difficult COVID-19 restrictions.

Barter was impressive in each stage of the process and then showed convincing speed in the final session.

The 15-year-old from Melbourne is managed by former Supercar and Carrera Cup driver Michael Patrizi and is a product of his Patrizcourse operation.

“Credit goes to Hugh and his family for taking on this opportunity,” said Patrizi.

“It was a massive ask given the COVID-19 situation. They are over in France now and not sure when they can come home and we have to hope things work out well for them.

“It is taking opportunities like these and making the most of them that set some out from the rest.

“They realised what an opportunity it was and he backed his own talent. Hugh is as good as anyone I have seen come out of Australia.

“HIs prize is a full season in French F4, run by the French federation and with support of Richard Mille and that is enormous.

“I could not be more proud to have Hugh with Patrizicourse and for him to be another product of our development pathway.”

International travel complications caused by COVID-19 mean that Barter is unsure of his return date to Australia while final dates for next year’s French F4 championship are yet to be confirmed.