Annual ‘family’ reunion on hold for members of the Bathurst Hilton

Annual ‘family’ reunion on hold for members of the Bathurst Hilton 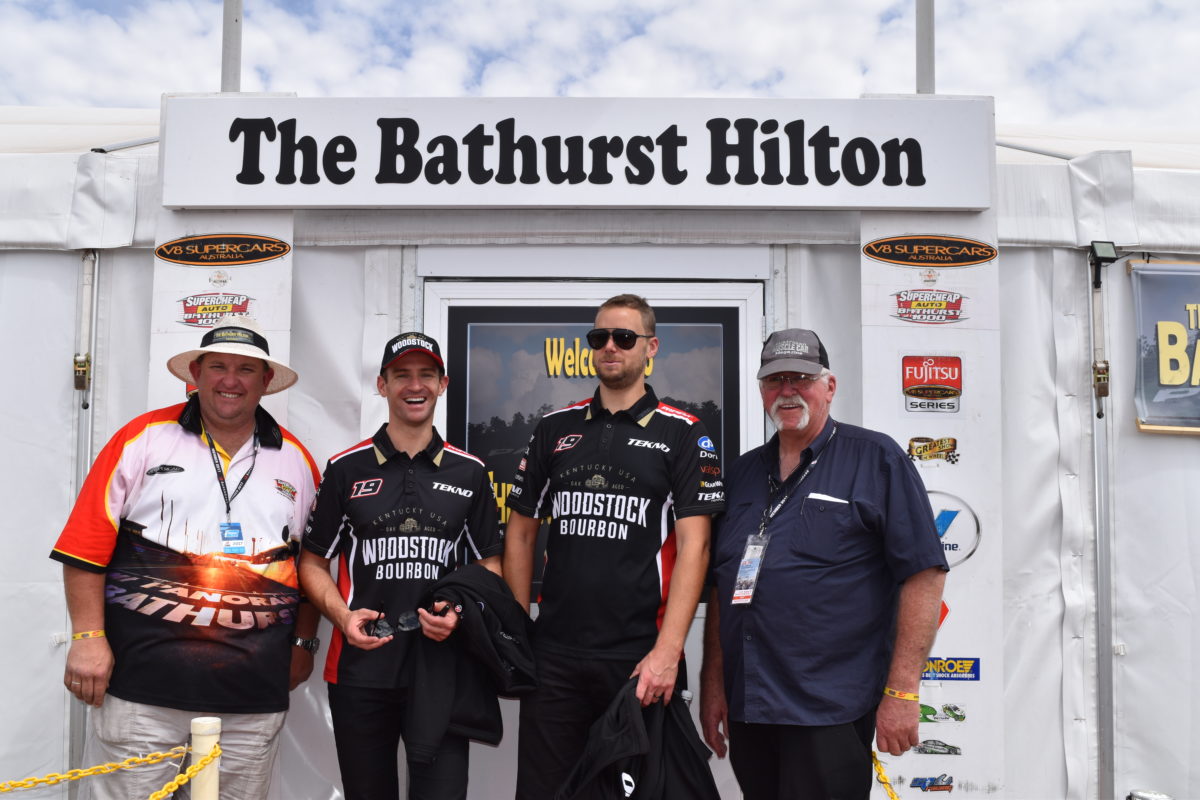 Ford fan Dale Sudholz has been to Bathurst for the Supercheap Auto Bathurst 1000 for the past 50 consecutive years – his 51st appearance will have to wait.

The motorsport stalwart from regional Victoria is one of thousands of fans who have had their annual pilgrimage to Mount Panorama put on hold this week because of the COVID-19 pandemic.

New South Wales restrictions mean that no more than 4000 spectators will be able to attend this weekend’s race and even they will be strictly controlled with social distancing guidelines on the pit straight.

Even if he wanted to be one of those 4000, Sudholz would have been in a virtually impossible position to attend because of the strict lockdown laws that have been in place in Victoria since July 6.

Sudholz, 68, not only sits in a rare group of fans that has earned his ’50-year’ badge at the event, he also heads up the Bathurst Hilton which has become one of the most iconic fan-based venues in Australian sport.

Located in the paddock camping area behind the team’s pit/paddock compound, the Bathurst Hilton has not only become a fan favourite, but also a drop off point for teams, crews and other people of note from the Supercar fraternity.

The facility, which is spread across up to nine campsites, is a social hub for the entire paddock and has its own red carpet where guests are photographed on entry.

Home to 30 or 40 guests for race week, The Hilton is a huge commercial-scale marquee which has its own kitchen, dining and entertainment areas.

It has also become a hub for some cool activities which have included the Triple 8 and DJR Team Penske teams cooking their Saturday afternoon BBQ, an unofficial banner unveiling from the previous year’s winners and a Friday performance by an Elvis tribute artist, who attracts his own crowd of hundreds.

“If there is one word that describes Bathurst it is camaraderie,” Sudholz told Speedcafe.com.

“The carpark at Flemington for the Melbourne Cup is great, but it is for one day and you cannot camp there.

“You could go and camp next to the same people on the beach at Torquay for 20 years and not even know who they are.

“Bathurst is different because you become family and each year we have a reunion.

“The kids have all grown up together and everyone is there for the right reasons – to enjoy the race and enjoy each other’s friendship.”

Sudholz went to his first Bathurst in 1969 and camped on the top of Mt Panorama each event until 1976.

In 1977 he worked for the first part of the year with Allan Moffat’s Ford team in Melbourne and was crew chief on the build of Colin Bond’s Falcon which was part of the famous 1-2 form finish at Bathurst that year.

Sudholz had left the team before the Hardie-Ferodo 1000, but was commissioned to build an XC Falcon for Rusty French which he co-drove at Bathurst with Leon Lenard.

In 1978 he prepared an XC for Rod Donovan and Craig McAlister before spannering a Ford Escort MkII for Roger Cartwright and Greg Toepfer in 1979.

In 1980 he moved to Heathcote in country Victoria to take over the local Ford dealership which he eventually had for 23 years.

The same year he decided to return to Bathurst as a spectator with a few of his new Heathcote neighbours.

In 1983 the Bathurst Hilton was officially created by Sudholz and his good mate, Ken Turner, and it has since evolved into a place of Bathurst legend.

Sudholz had a special celebration for his 50th Bathurst 1000 last year, but is philosophical about not being able to attend this weekend’s event.

“I am grateful I got in my 50th event last year and now we will have a slight pause,” said Sudholz.

“When it was announced there would be no camping on the mountain this year there was initially a lot of anger, but all that has started to calm down now.

“People have started to realise how difficult it would have been to control public areas like the toilets and showers. All we would have needed is one person to have had COVID-19 and to spread it and it would have caused a heap of drama.

“Supercars and the teams have done such a great job to keep the show on the road this year and we don’t need a spread of infection to undo all the work and the sacrifices they have made.”

This year Sudholz will be communicating with the hundreds of members of his Bathurst Hilton Facebook page through Zoom, including the traditional Friday night  Elvis appearance.

He will be monitoring everything from his Happy Bathurst Day party which will be restricted to five guests and five family members under the current Victorian restrictions.

Ironically, he will be having his own private Bathurst Day party by himself in his decked-out home office.

“Come race time I just like to concentrate on the race and how it unfolds,” said Sudholz.

“At the track I have all the scanners and watch the live timing and that will be no different at home this weekend and my wife (Marilyn) knows to stay away and she is happy with that.”