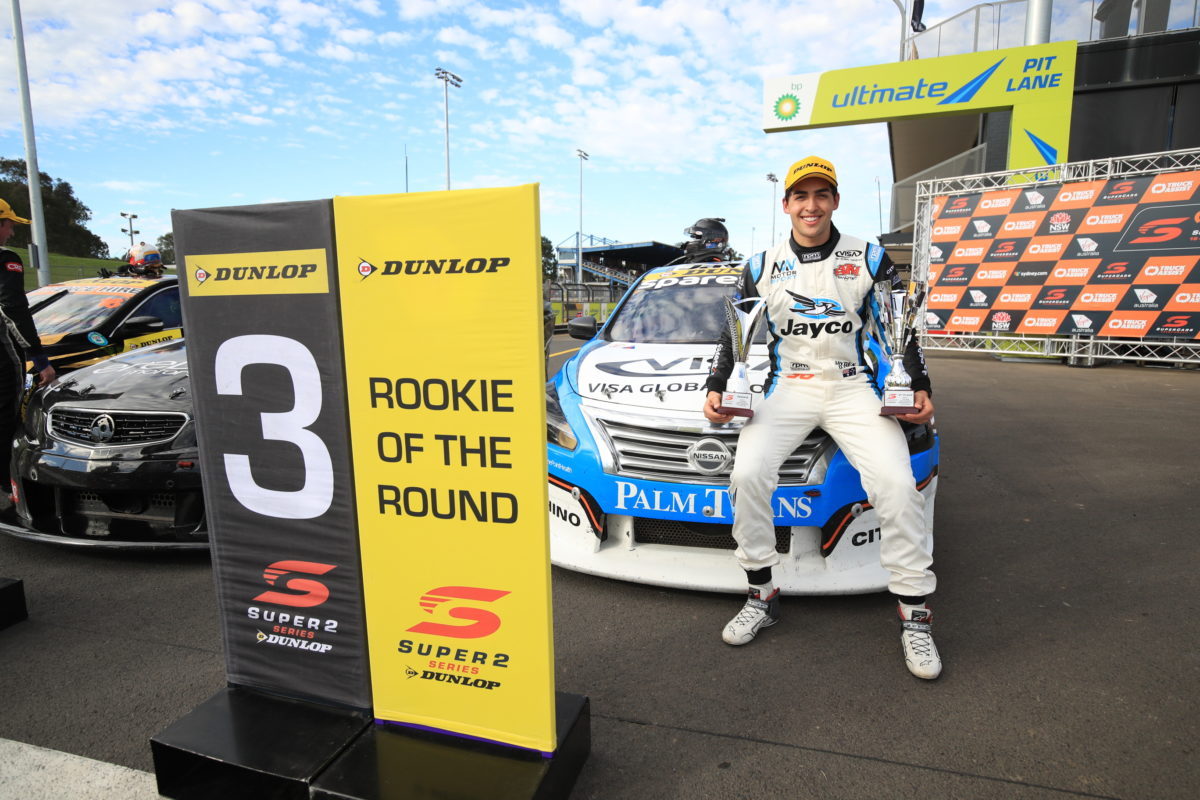 Jayden Ojeda will lean on the experience of Garry Rogers Motorsport when he makes an unexpected Supercheap Auto Bathurst 1000 debut on the same weekend as his third Super2 start.

The 21-year-old was tapped to drive GRM’s wildcard entry when it withdrew its appeal regarding Motorsport Australia’s decision to not grant Nathan Herne dispensation for a Superlicence.

Ojeda has raced a production car in the Bathurst 6 Hour and a Formula Ford on the Bathurst 12 Hour support bill but has never driven a Supercar at Mount Panorama.

This weekend, he will do so in both GRM’s ZB Commodore and an MW Motorsport Altima in which he has been the highest-finishing rookie in all but one of five Super2 races so far in 2020.

“(I am) still going to run Super2 with Matt White, so it’s definitely going to be an interesting front on that whole front,” the Penrith driver told Speedcafe.com.

“Obviously it’s only ever going to be my third Super2 round and to kind of mix that in with my main game debut in the 1000, it’s going to be a bit of a juggling act to say the least.

“Luckily, I’ve got a good team both in main game and Super2 to back me and support me, and they’ve obviously run drivers that have done double duties before.

“(It is) nothing new to them, so I’m definitely going to be leaning on their experience in that front.”

The former was picked up by Anderson Motorsport to race a Supercar for the first time in last year’s Super3 Series and won four races on his way to second in the standings, before entering Super2 with MWM.

Everingham won the 2018 Super3 title with MWM, was bestowed the Mike Kable Young Gun Award after his rookie Super2 season last year with the same team, and has moved to Anderson Motorsport in 2020.

“I think Michael (Anderson, team owner) will probably be shaking his hands together to see both of his drivers (in the Bathurst 1000),” remarked Ojeda.

“I think Michael will be enjoying watching the race, so hopefully we’re his favourites.

“But then in the same token, obviously Tyler raced for Matt last year and he raced for Matt in Super3, so I guess it’s interesting how the paths crossed.

“Both Tyler and I went our separate ways, I guess you could say, and gave each other a high-five on that way, but I guess we’re from the same stable of teams.”

Ojeda’s place in the Great Race was only confirmed less than a week out from opening practice, representing a surprise development given he had not sought to tackle the Bathurst 1000 this time around.

“Thankful, to say the least,” said the 2018 Australian Formula 4 champion of his feelings about landing the drive.

“It wasn’t on our agenda at the beginning of the year – our plan was to have a strong year in Super2 and hopefully look for a co-drive next year – so to kind of leapfrog that whole year and get a co-drive this year, it’s good.

“I mean, it’s going to be a great experience.

“Running with GRM, their first time back this year in Supercars, obviously there’ll be a lot of attention around that, but overall I’m feeling really excited for the opportunity that’s been presented to me.”

Practice 1 for the Supercheap Auto Bathurst 1000 starts on Thursday at 09:30 local time/AEDT.