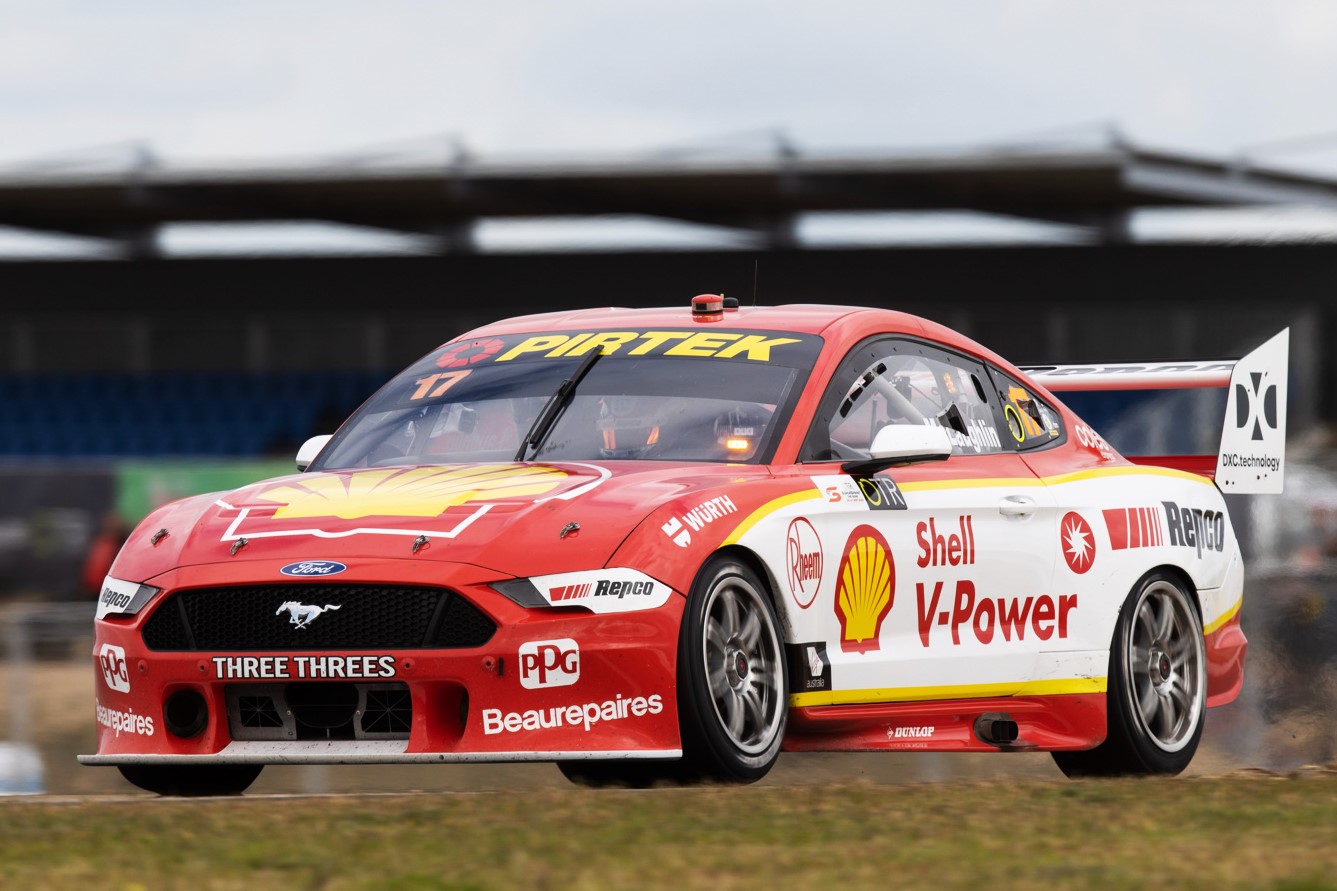 Champion-elect Scott McLaughlin says having the Supercars Championship all but sewn up will be a big weight off Tim Slade’s shoulders at the Supercheap Auto Bathurst 1000.

McLaughlin took his lead in the drivers’ championship over Jamie Whincup out to 305 points after the most recent round at The Bend Motorsport Park.

Barring exceptional circumstances, McLaughlin will be crowned champion this weekend as there are only 300 points on offer at Mount Panorama.

Speaking with Speedcafe.com, McLaughlin said the almost insurmountable lead will be beneficial for Slade knowing that winning the drivers’ championship isn’t the focus.

“I think it helps us all,” said McLaughlin.

“But it’s beneficial for him because I guess it was inevitable that he was going to feel some sort of pressure about, ‘Oh, this is the last race for the championship’.

“You can be only human. So now, with that pressure off, it’s one less thing that can sort of creep its way in.

“And I think that trust sort of was felt by him a little bit and will, in turn, help us all.

“We haven’t done a huge amount of stuff but it’s just little things, like little chats that we’ve had about the car and it’s been really cool.

“We’ve known each other for a long time but from a working side I haven’t worked with him since 2012, so it’s quite different but very cool.”

While McLaughlin and Slade have never been team-mates before, the pair worked alongside each other at Stone Brothers Racing between 2010 and 2012.

McLaughlin eventually went on to win the then known Development Series.

“I met Sladey when he was at SBR and I was there as well, so we shared the same truck for many years,” said McLaughlin.

“My DVS car went in their transporter all the way around, so the #47 car. We’ve known each for a long time. So yeah, it’s very cool.”

McLaughlin said he has never seen Slade so relaxed this year.

He believes that largely comes down to Slade knowing how strong his chances are of winning this year’s race.

“I think he knows the opportunity, we’re going to have a good car – pretty confident of that – or be thereabouts.

“It’s just a matter of us doing the job. We’ve been training together, we’ve got a lot of motivation between the two of us, and we enjoy it. It’s been good.”

A mere 100 points separate the two teams heading into the Supercheap Auto Bathurst 1000, which takes place on October 15-18.