How Jones and Reynolds kept Boys’ career on track

How Jones and Reynolds kept Boys’ career on track 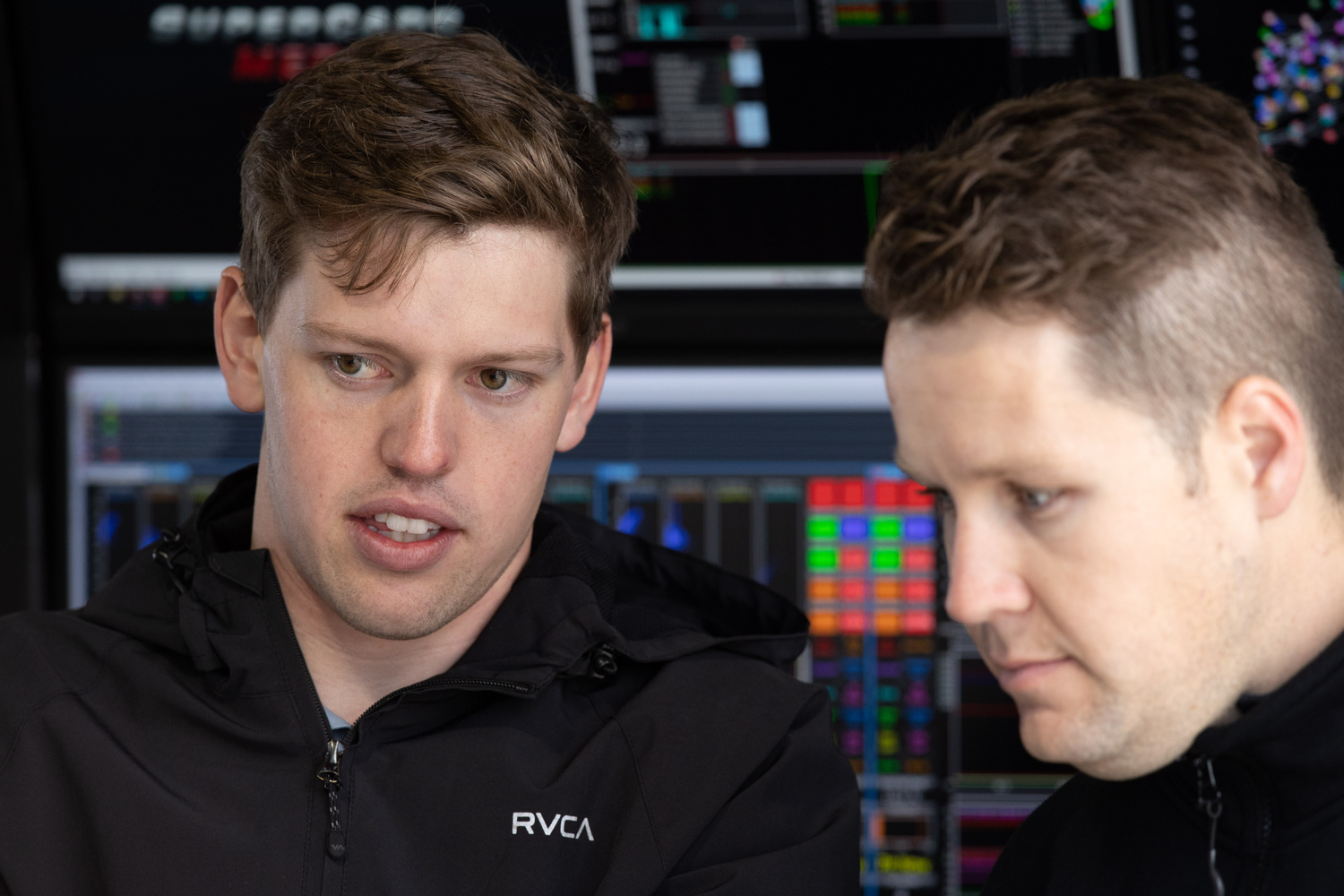 On the eve of his first Supercheap Auto Bathurst 1000, Jordan Boys has explained how a fundraising night with Brad Jones and David Reynolds was the catalyst for his Supercars debut.

Boys will drive for Brad Jones Racing at Mount Panorama this weekend and is looking to continue driving in the Supercars Championship next year with select wildcard appearances.

Boys, a mechanic by trade, works just minutes from the BJR workshop in Albury yet the Bathurst 1000 will be his first official link-up on track with the team.

The 22-year-old finished third in the Australian Formula Ford Series in 2016 before moving up to the Super3 Series with Image Racing, who Jones put Boys in contact with.

Now in his third full season of the Super2 Series, Boys is hopeful his maiden Supercars Championship appearance will lead to more outings in 2021.

Growing up in Albury, Boys said there was always an air of expectation that he might drive for the hometown Supercars team.

“People think it was the logical next step for me because I’m from the (same) town and everything but it’s generally not how motorsport works,” Boys told Speedcafe.com.

“It is really cool because, being younger, everyone was like ‘so when you grow up, you’re going to go and race for Brad Jones because he’s the local Supercars guy.’

“When I was super young, I was convinced that I was only ever going to drive a Ford, I wasn’t driving anything else.

“So if you had asked me ‘Brad Jones Racing in a Holden?’ I’d have said ‘not happening’ but from pretty early on they were the team that I followed.

“I wouldn’t say that I looked at it and went ‘I’m going to go to Supercars and I’m going to drive for BJR’ but it’s something that I’ve definitely wanted to do.”

Boys checks in with Jones at the start of each year and considers the 60-year-old a mentor.

“As soon as I made the move to cars, he’s been a big part of guidance of where I should go next,” Boys said.

“It’s a bit funny that I haven’t done anything with him racing-wise yet; I thought I would have but it’s just not how everything played out.

“He was the one who actually put me in touch with Image Racing so from Formula Ford to Super3, that was all through Brad’s guidance.”

Jones lent his support to Boys at a crucial stage of last season when the youngster was struggling to finance his Super2 race weekend at Bathurst.

He agreed to speak at a fundraising evening alongside Albury-born Erebus Motorsport driver David Reynolds at a popular pub in the town centre.

“If I hadn’t done that night, realistically, I wouldn’t have gone to Bathurst and it probably would have wrapped,” Boys admitted.

“That night was great because Brad speaks so well and has such a cool story of background motorsport.

“It’s funny to look back at it and there’s a good chance if Brad and Dave hadn’t done that for me, we wouldn’t be having this conversation.

“I think it sums up that, locally, we all stick together even though we’re all off doing our own things for the most part.

“It wasn’t like it took a heap of convincing to get either of them there, they were down for it straight away.

“It’s probably something I’ll have to repay some day in favours but it’s pretty cool they were willing to come and do that.”

While Boys has only had two outings this year in Adelaide and Sydney, he has kept a close eye on the Supercars Championship.

Boys and Fullwood raced each other in the Super2 Series between 2017 and 2019 before the Territorian stepped up to join Walkinshaw Andretti United for 2020.

Fullwood was crowned Super2 champion last year but Boys beat him in two of the last three races at Sandown and Newcastle.

Boys said the performances of 22-year-old Fullwood – including a podium finish at The Bend in September – had given him cause for optimism.

“I’ve been following him closely because I get along with Bryce really well,” Boys said.

“I’ve been keeping an eye on him, Jack Smith, Zane Goddard and Jake Kostecki. You race them quite a bit so you want to see where you roll out.

“I think Bryce has done a really good job of analysing and developing on the run.

“He’s in a pretty cool situation where he gets to work with someone like Chaz (Mostert) really closely and I think the team is pushing him quite hard.

“It’s one of those things where the average fan probably thinks ‘these young blokes aren’t any good’ but if you can crack a Top 10 in your first season, I think you’re probably a future star – that’s how competitive the category is.

“It’s encouraging to see the dude I raced with, wheel-to-wheel at the last round last year, can qualify in the top 10 and then go and race.

“Hopefully, in the next year or two, I can be in there with him.”

Boys will join Todd Hazelwood in the #14 Holden ZB Commodore in this weekend’s Supercheap Auto Bathurst 1000.