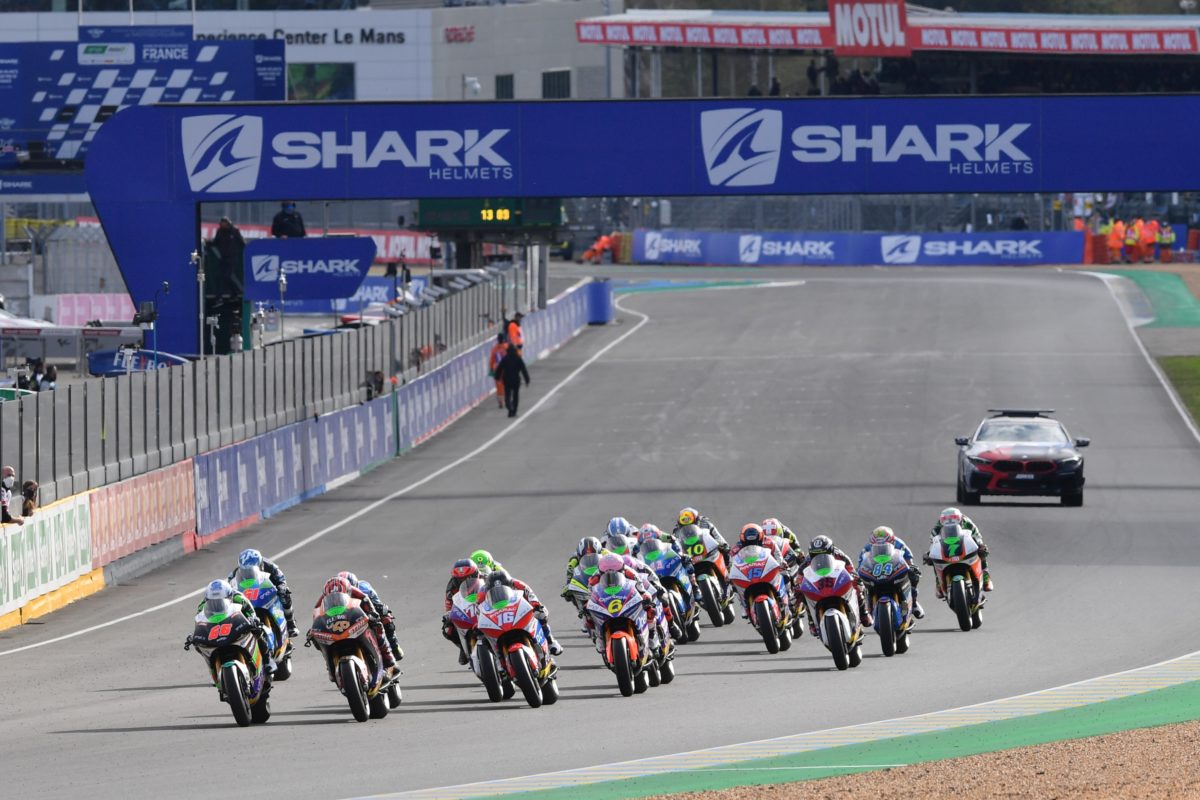 The start of MotoE Race 2

Australian Josh Hook has finished on a MotoE podium for the first time as Jordi Torres won the World Cup in France.

Both experienced a scare at the first braking zone in Race 2, Hook (Pramac) nearly taken down by Alejandro Medina (Aspar) and Torres (Pons) surviving a hit from Eric Granado (Avintia).

Tuuli regained that spot on Lap 4 and was back in front on the penultimate lap of seven when he got through on Di Meglio at Turn 1.

That was how the top three remained, while Race 1 winner Torres did enough to take the title even though he dropped a position to sixth on the final lap.

Matteo Ferrari (Gresini) was the World Cup runner-up, having started the final encounter of the season as only an outside chance due to a crash in Race 1.

Hook finished up eighth in the standings, with the Taree rider’s first podium following what was an equal career best fourth only one afternoon earlier.

While MotoE’s season is over, Moto3 continues this coming weekend at Aragon. 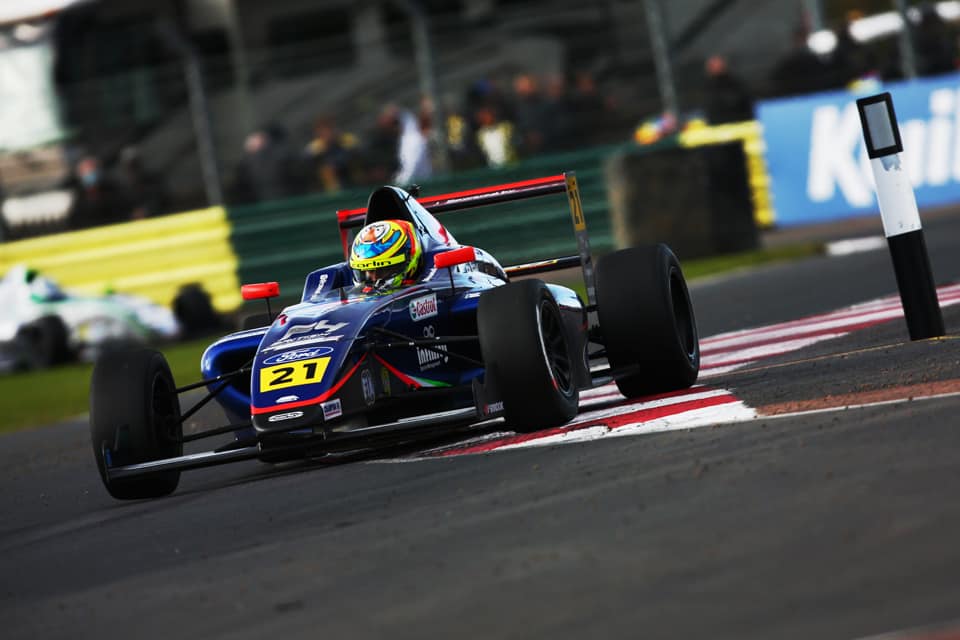 Mansell recorded finishes of 10th and sixth across the two races at Croft which made up Rounds 19 and 20 of the season.

The Novocastrian continues to lead the Rookie Cup competition, though with a reduced advantage over Frederick Lubin.

Fourth in the opening race of the weekend, Lubin was then seventh in Race 2 to make minor inroads into Mansell’s points advantage.

The competition continues to be headed by Luke Browning, who recorded sixth and third place finishes across the weekend as Zak O’Sullivan and Casper Stevenson split the victories.

Six races remain in the 2020 championship with Snetterton host to the next three on October 24-25. 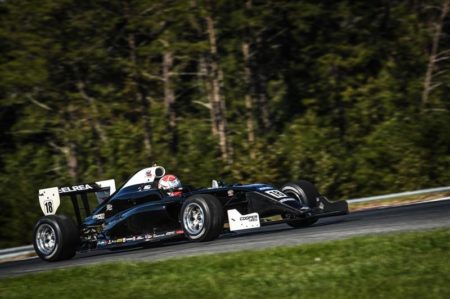 Sting Ray Robb has won the 2020 Indy Pro 2000 Championship with a round to spare as Hunter McElrea (Pabst Racing) picked up finishes of sixth, fourth, and fifth at New Jersey Motorsports Park.

The Idaho native turned the tables on DeFrancesco, his nearest title rival, with a win in the Round 14 race and a third in the Round 15 encounter.

The final two rounds of the season take place in support of the Grand Prix of St Petersburg on October 23-25 (local time). 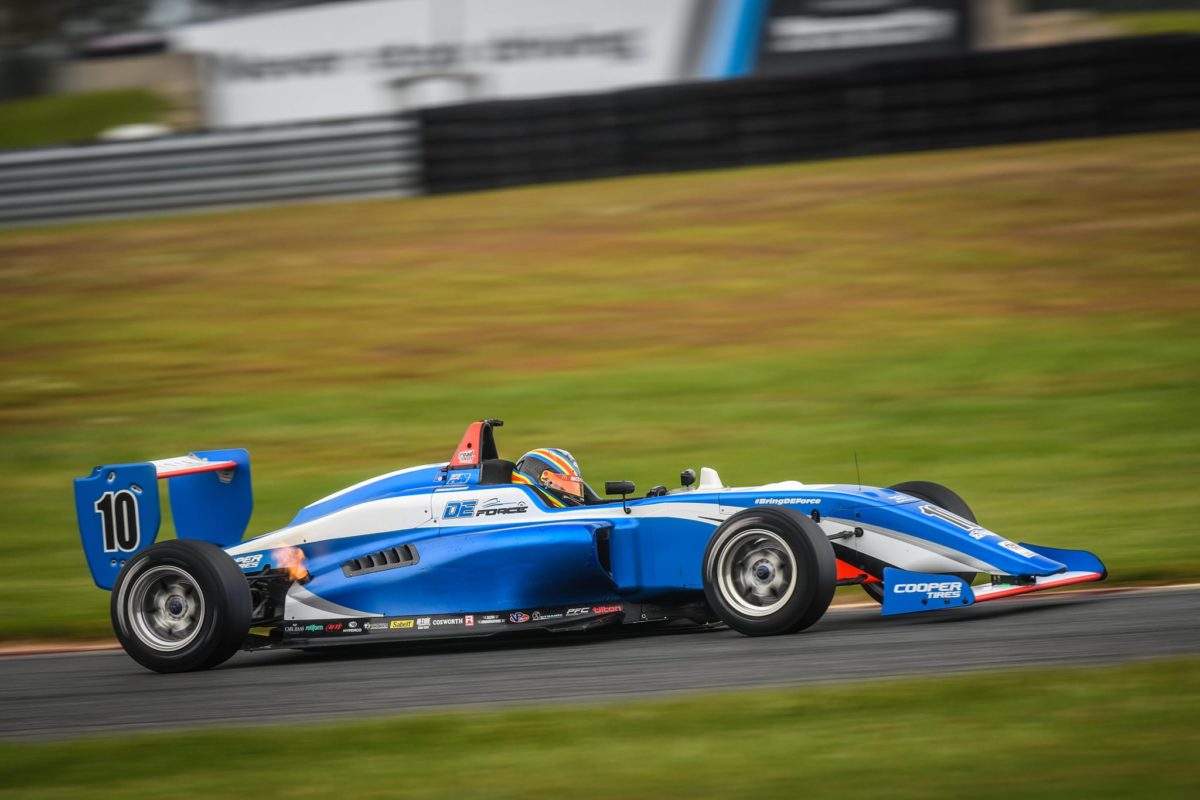 Australian Cameron Shields picked up a second placing bookended by two sixths in Rounds 13 to 15 of the USF2000 Championship at New Jersey Motorsports Park.

Shields (DEForce Racing) qualified second for Race 2 of the weekend and held the position through the 20 laps despite having Eduardo Barrichello (Pabst Racing) on his tail.

Christian Rasmussen (Jay Howard Driver Development) clinched the title with a win in that encounter and the one which followed, having finished second to Barrichello in the Round 13 race.

Said Shields of his podium, “It was a really good race, but a difficult start.

“Dudu (Barrichello) got a good tow on the inside so I was a bit unsure, but I held the outside, kept it clean and held the position.

“The aero wash was the most difficult part about the race – every time I’d catch Rasmussen I would go backwards. It was just a forwards and backwards kind of race.

“I didn’t test here so I was learning the track yesterday, so figuring out what part of the track was crucial was key for us and the team.”

The Queenslander is now seventh in the standings ahead of St Petersburg, where USF2000 will also wrap up for 2020 with two more races.