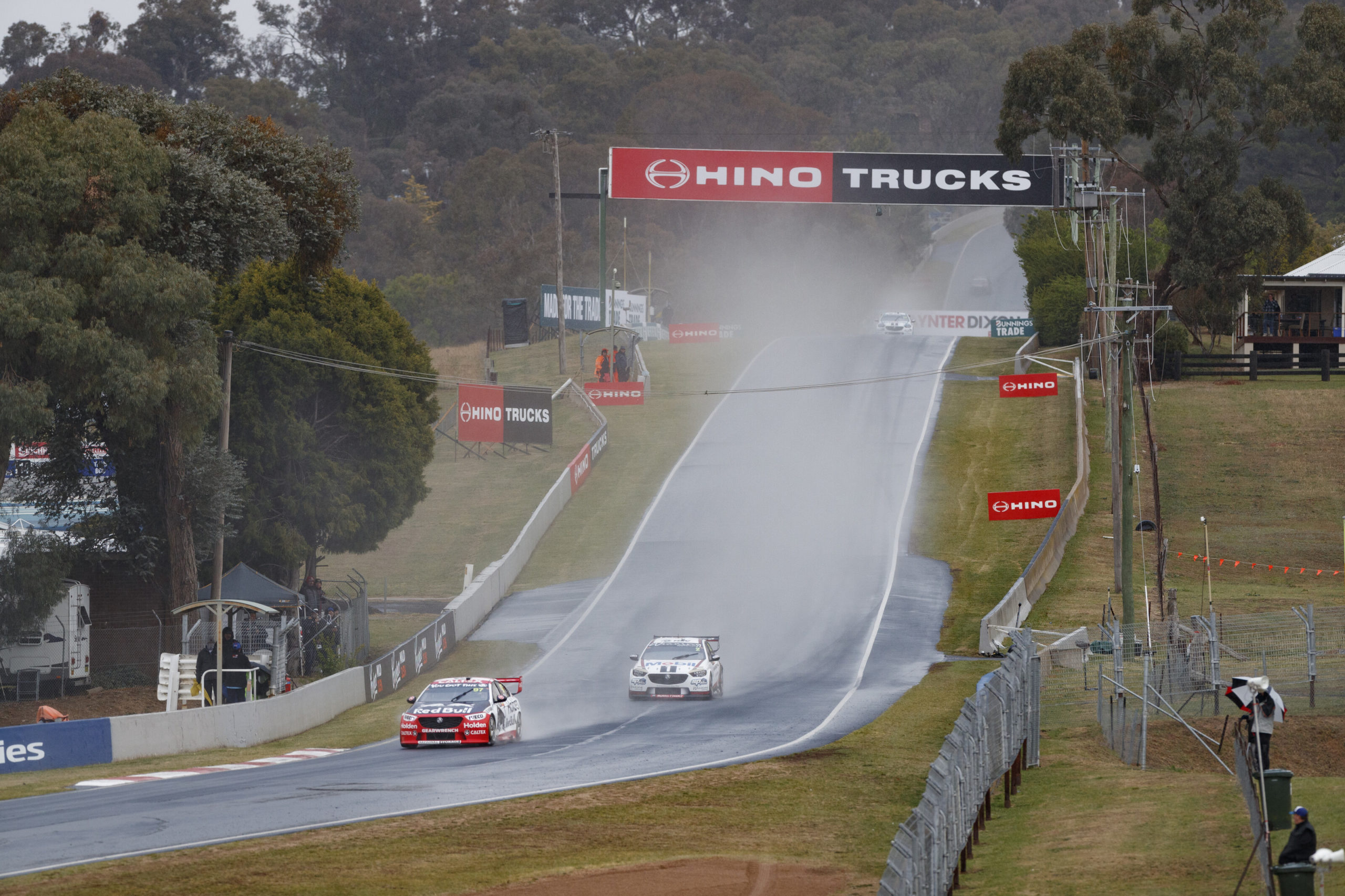 Rain is forecast for Sunday at this year’s Bathurst 1000

The Bureau of Meteorology has predicted an 80 percent chance of rain for Sunday at this year’s Supercheap Auto Bathurst 1000.

The latest forecast, issued on Monday, has only a five percent chance of any rain on for practice on Thursday, a low of seven degrees Celsius and a high of 24.

A partly cloudy day is expected for qualifying on Friday with a 30 percent chance of any rain. Up to 2mm of possible rainfall is forecast with a low of eight and a high of 22.

There is a 60 percent chance of rain with “a shower or two” forecast for Saturday, which is expected to see a low of 10 and high of 21.

The Top 10 Shootout will take place in the afternoon on Saturday. Between 1mm and 6mm of possible rainfall is on the cards.

Sunday is currently forecast to be the wettest with showers forecast and an 80 percent chance of rain between 4mm and 15mm.

Race day is expected to be the coolest of the weekend with a low of 10 and a high of 16.

Last year’s Bathurst 1000 was hit by rain in practice, but Sunday’s race was a dry affair throughout.

Teams are expected to start arriving in Bathurst today and on Tuesday to begin preparations for this year’s Great Race.