Richards name missing from Bathurst grid for first time since 1973

Richards name missing from Bathurst grid for first time since 1973 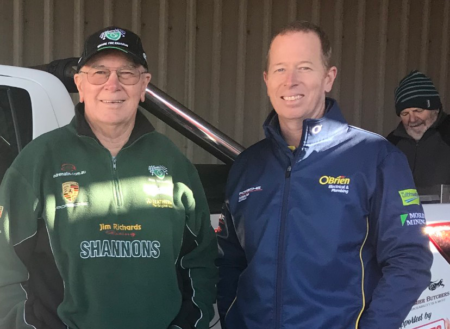 Neither Jim or Steven Richards will be on the grid for this weekend’s Supercheap Auto Bathurst 1000 for the first time since 1973, but current Victorian COVID-19 lockdown laws mean the pair won’t even be able to watch it on the couch together.

The father and son team usually socialise at least a couple of times a week, but because they live 10 and not less than five kilometres apart in Victoria’s Yarra Valley, they are currently restricted from visiting each other.

Jim made his debut at Bathurst in 1974 and Steve first went to Mount Panorama with the family in 1977 as a five-year-old before making his own debut in the Great Race in 1995.

Steve retired from driving Supercars at the end of 2019 to take up a full-time role as Relationship Manager with Charlie Schwerkolt’s Team 18 operation.

When the commercial realities of COVID-19 really started to hit in May, Steve’s position became redundant and he was forced to find other employment outside of the sport.

He also looked at the possibility of securing a co-drive for this year’s event and while opportunities did present themselves, none of them would have had him in a competitive car.

“Who would have thought this would have been the case? It is certainly going to be different,” Steve told Speedcafe.com of his Bathurst no-show.

“It’s crazy to think that Dad is just down the road and we cannot watch the race together, but what do you do?

“Maybe it is a good thing that I will be watching the race for the first time on TV by myself.

“The race does not start as early as it used to, so we won’t have to be getting out of bed too early.

“I’ll have Ange (wife Angela) and the kids around me and we will whack on a few party pies and see what happens.” 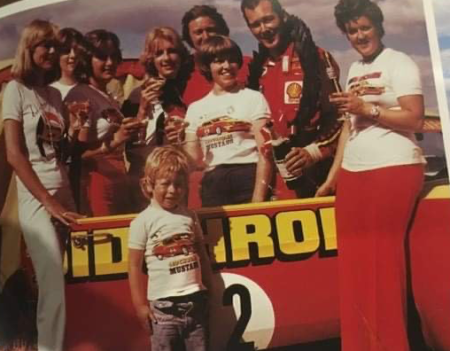 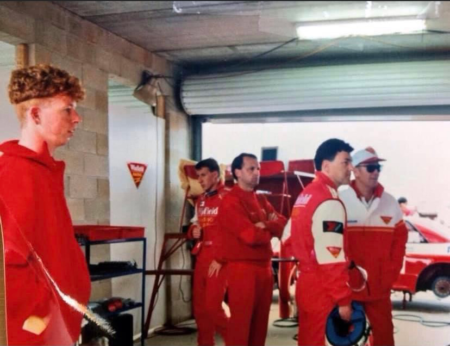 A young Steve Richards in the Winfield Racing pits with Mark Saife , Engineer Ross Holder, Neil Crompton and Jim in 1992

Jim was 27 when he made his debut at Mount Panorama in 1974, teaming up with Rod Coppin in an LH Torana and finishing third.

It was the foundation of an incredible Bathurst record which included a three-peat with Peter Brock in 1978-79-80, back-to-back wins with Mark Skaife in a Nissan in 1991-92, victory with Richard Rydell in a Volvo in the 1998 Super Touring event and his final win with Skaife in a Holden Racing Team Commodore in 2002.

Of his 35 starts, 22 were with Holden, BMW, Nissan or Volvo factory teams.

The only marque he did not deliver a win (outright) for was BMW with a best overall result of fourth in a JPS M3 entry with Tony Longhurst in 1987, which did clinch them a Class 2 win. 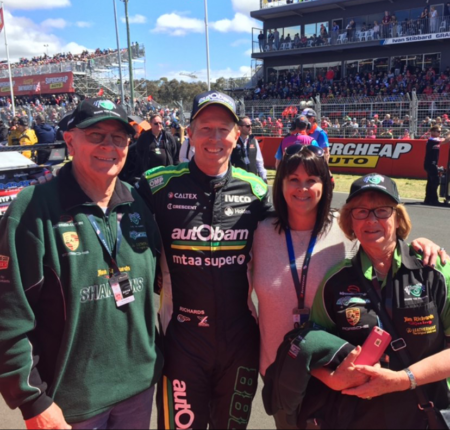 Despite not being on the Bathurst 1000 grid, Jim had been racing in support events or been an invited guest at Mount Panorama up until last October when he had no reason to be there.

“I watched the whole thing on TV for the first time last year and quite enjoyed it,” Jim told Speedcafe.com.

“To be honest, I am quite enjoying semi-retirement. I could not think of anything worse than getting up early and having to be at the track to hang around all day.

“I think Steve will be OK with not being on the grid. Every driver has to go through it and he has seen me go through it.

“We both had a fantastic run with 12 wins between us and we raced together there three times, so we don’t have much to complain about.”

Steve, now 48, made his Bathurst debut in 1995 with Anders Olofsson in a Gibson Motorsport Commodore at the age of 23 and the next year shared a car with his father for the first time in a Garry Rogers Motorsport Holden.

The pair finished a memorable second in another GRM Commodore in 1997.

The following year Steve teamed up with Jason Bright in a Stone Brothers Racing Pirtek Falcon to clinch his first 1000 victory. The same year he finished second in the Super Touring Bathurst event with Matt Neal in a Nissan Primera.

He clinched again the following year in a Gibson Motorsport Holden with Greg Murphy.

In 2004 the father and son combination appeared for the third and last time when they finished 21st in a Perkins Engineering Commodore.

“My earliest memories are probably from the HDT (Holden Dealer Team) days (1978-1981) and the big blow up Marlboro tent they used to have and sitting up on the team’s old pit stand. 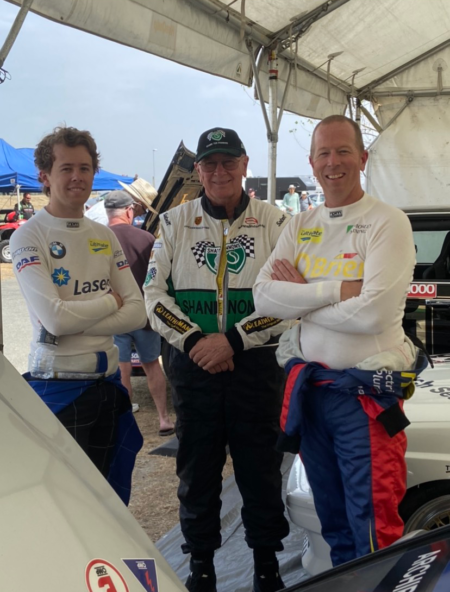 “There are more memories from all the stuff we used to do mucking around as kids rather than the actual racing.”

After retiring from full-time Supercar driving, Steve had become one of the most sought-after co-drivers in the business and rewarded Ford Performance Racing (Tickford) with a win alongside Mark Winterbottom in 2013 and Triple Eight Race Engineering and Craig Lowndes in 2015 and 2018.

The COVID-19 pandemic provides an ever-changing list of unknowns and while Steve has not written off another Bathurst 1000 start, the majority of his motor racing focus is now spent on developing opportunities for his own son Clay, who was set to compete in this year’s Victorian Formula Ford Championship.

While the levels of restriction remain a mystery for 2021 and beyond you can be sure that Clay will be back on track as soon as possible and that Steve and Jim will not be that far away bunkered down in his garage tools in hand.