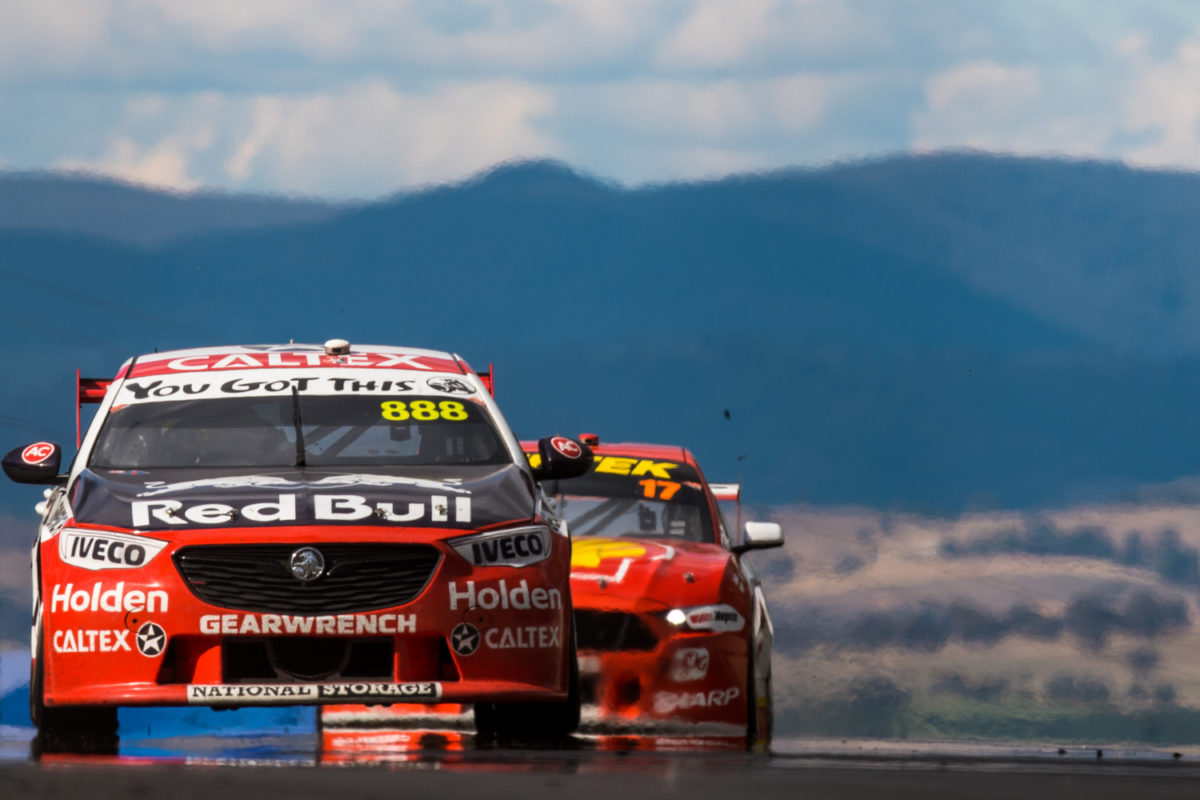 The 2020 Supercheap Auto Bathurst 1000 is now just days away and Speedcafe.com wants to know who you think will win, in this week’s Pirtek Poll.

This year’s Great Race will unfold off the back of a unique set of circumstances whereby many of the 25 co-drivers have had limited to no competitive running due to the pandemic.

However, the biggest teams in the field all boast highly experienced rosters who should be expected to hold up an end for their minimum 54 laps on Sunday.

DJR Team Penske has been the squad to beat since the 2020 Virgin Australia Supercars Championship restarted in late-June.

Scott McLaughlin has been released from any worries he might have had about sealing the championship and the 2019 Bathurst 1000 winner is joined this time around by a man less than a year out of full-time Supercars driving in Tim Slade.

In the other DJRTP entry, Fabian Coulthard and his crew appear to have unlocked something from the #12 Mustang in recent events, which bodes well for his and Tony D’Alberto’s chances.

Shane van Gisbergen/Garth Tander and Jamie Whincup/Craig Lowndes both came close to triumphing at Mount Panorama 12 months ago and that garage shapes up as a tantalising intra-team battle as much as it does a genuine chance for victory in the race as a whole.

Cameron Waters has enjoyed his best season yet for Tickford Racing and landed would-be 2020 full-timer Will Davison as his hired gun.

The 2009 Bathurst podium pairing of Lee Holdsworth and Michael Caruso is back together in Tickford’s #5 Mustang, Jack Le Brocq is a recent podium finisher in the Supercheap Auto entry he will share with James Moffat, and James Courtney is joined by the precocious Broc Feeney in Car #44.

Penrite Racing is a team which knows how to win the Great Race although which of its cars is more likely to do so this year is an intriguing question. Will Brown has been switched to Car #9 to partner 2017 victor David Reynolds, while Anton De Pasquale pairs up with Brodie Kostecki in #99.

Brad Jones Racing has a particularly strong prospect in the form of its #8 R&J Batteries entry which will be steered by Nick Percat, currently sixth in the championship, and Super2 Series leader Thomas Randle.

At Walkinshaw Andretti United, new signing Chaz Mostert, the 2014 race winner, will share Car #25 with the Clayton outfit’s incumbent co-driver Warren Luff, a man with five podiums to his name at Mount Panorama.

While all of those combinations come from teams which sit in the top half of the championship, such is the nature of the 161-lap classic that virtually any of the 25 entries this year could take out the Peter Brock Trophy.

Which of those do you think will win the 2020 Supercheap Auto Bathurst 1000? Cast your vote in this week’s Pirtek Poll.