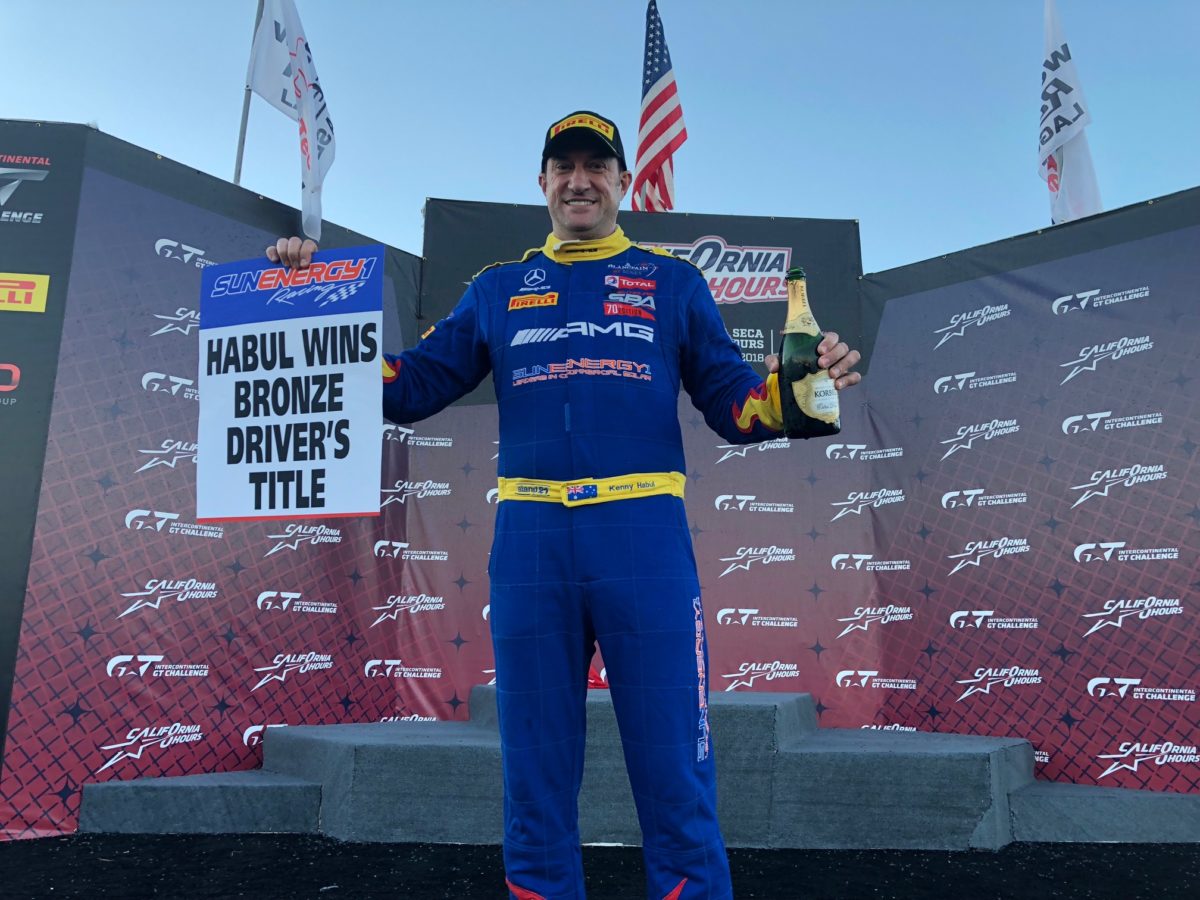 Successful United States-based Australian solar entrepreneur and racer Kenny Habul has confirmed he is the mystery buyer of a property on Bathurst’s Mount Panorama.

The property at 489 Conrod Straight is a 17-acre estate which had been in the same family for almost a century.

It was originally passed in at auction, but is believed to have been snapped up by Habul for $1.6 million.

Habul’s most successful start at Mount Panorama came in 2018 when he finished second outright in the Bathurst 12 Hour in a Mercedes-AMG with co-drivers Jamie Whincup, Tristan Vautier and Raffaele Maricello.

He contested several other events around the world that season and collected podium trophies at Spa-Francorchamps and Suzuka before wrapping up the inaugural Intercontinental GT Challenge Bronze Drivers’ championship at Laguna Seca.

Last year Habul was on target for back to back podium finishes at the 12 Hour when a rock pierced the radiator of his AMG. He then won the Australian GT support events at the Australian Grand Prix in Melbourne.

He finished third in the Pro-Am class in the Indianapolis 8 Hour last weekend and is heading to the 24 Hour of Spa on October 22-24 and then to South Africa for the Kyalami 9 Hour on December 10-12 as part of the Intercontinental GT Challenge.

Habul is the President and CEO of SunEnergy1 which is ranked in the top five developers of utility-scale solar projects in the US.

The business has just started construction of the biggest solar project east of the Mississippi River which will consist of 6000 acres of solar panels.

“Mount Panorama is one of the great race tracks of the world and when the opportunity to buy a piece of it presented itself then I didn’t really have to think twice,” Habul told Speedcafe.com

“We will do some renovations and tidy it up and it will be a base for us when we come home to race or spectate.

“It will be convenient to roll into town and have everything there for the family and our friends and will save us having to find a house to lease each time we visit.

“Bathurst has developed into a vibrant regional city without losing that country feel which, along with the race track, is the thing that encouraged me to buy the property.

“Unfortunately we won’t have everything in place for next weekend’s race, but I am sure the amount of events set to happen up there beyond the COVID-19 period will provide us with plenty of excuses to come home and enjoy it.”

The property will be a great extension of Habul’s personal automotive and motorsport collection.

Habul owns “a few” of the 12 HDT VL Director Special Commodore road cars that were controversially launched by Peter Brock in 1987.

One of those cars sits in the foyer of his Mooresville office in North Carolina, but it became his “second favourite” when he secured Brock’s last winning Bathurst 1000 race car – the #10 1987 Mobil Commodore, which he purchased from well-known Sunshine Coast collector, David Bowden, a few years ago.

The car was given a full nuts and bolts restoration by one of the car’s original mechanics, Stefan Zelenak, at Habul’s North Carolina base and was driven at the Goodwood Festival of Speed in England last year.

Any doubts about Habul’s love for cars are put to bed when you understand that his personal collection includes more than 150 classic and modern vehicles, including several Brock Commodores, one of which he uses as his daily commute (despite the steering wheel on the wrong side and wind down windows).

Habul has flown under the radar in the business world despite becoming a multi-millionaire many times over at the age of just 47 in one of the world’s most demanding and competitive business environments.

Ironically, his personal profile is bigger in motorsport where he has satisfied his lifelong passion for racing and cars with previous regular starts in both the NASCAR Xfinity Series and more recently in global GT events.

Habul left Australian shores in 2005 after graduating from Bond University on the Gold Coast with a law degree, and eventually landed in Charlotte, North Carolina two years later where he identified opportunities in the renewable energy sector.

His motorsport career started in karting at the age of six and has since included stints in Formula Ford, Formula 3, V8 Supercars, CASCAR, NASCAR Trucks, NASCAR Xfinity Series and the IMSA WeatherTech SportsCar Championship.

His GT events have seen him co-drive with some of the biggest names in the business including Bernd Schneider, Boris Said, Paul Morris, Maro Engel, Thomas Jaeger, Vautier and Whincup, the seven-time Supercars champion.

Raine and Horne Bathurst director Grant Maskill-Dowton was the agent on the Mount Panorama property.