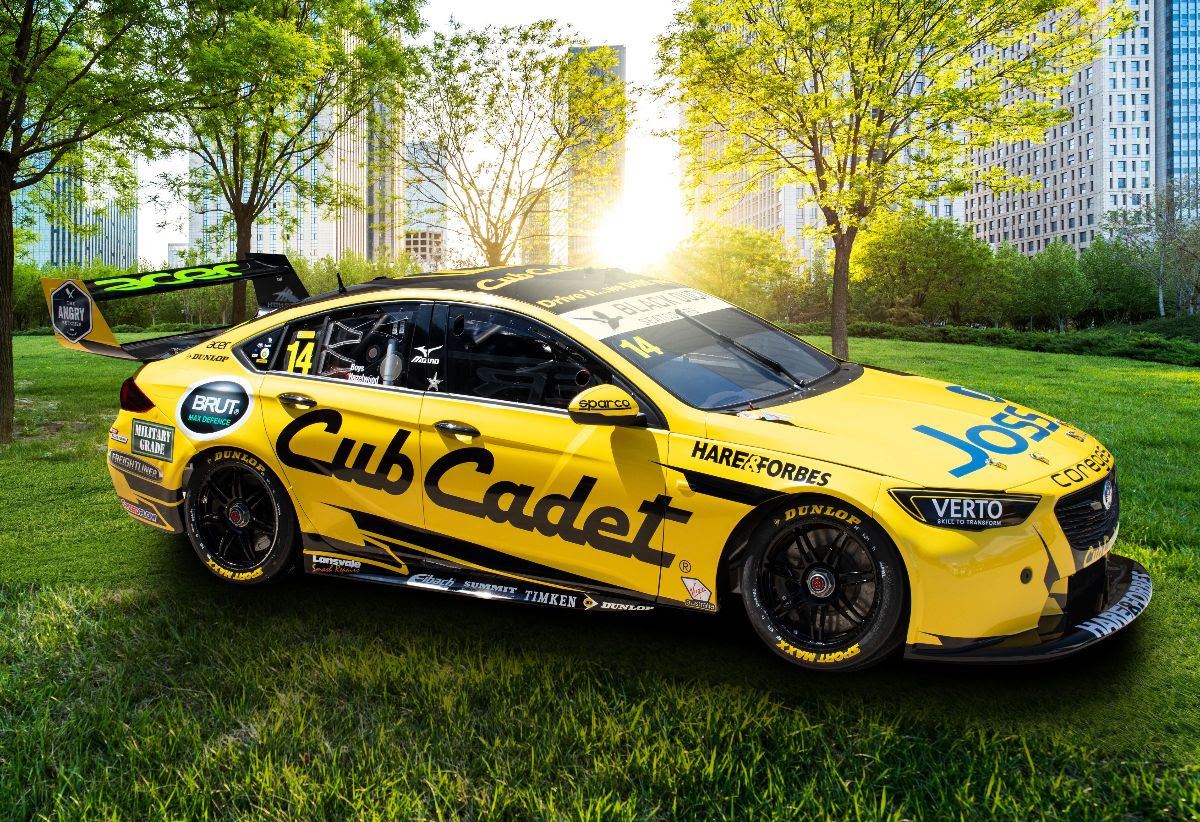 Hazelwood and Boys will run with Cub Cadet Mowers backing

Brad Jones Racing has revealed a bold new livery for Todd Hazelwood and Jordan Boys ahead of this weekend’s Supercheap Auto Bathurst 1000.

The pair will race with backing from Cub Cadet Mowers, donning a bright yellow and black livery on the #14 Holden ZB Commodore.

It’s the fifth new livery for Hazelwood in this year’s Virgin Australia Supercars Championship, which currently sees him 17th in the drivers’ championship.

Hazelwood will be joined by Boys, who this weekend will make his Supercars Championship debut.

“The team has done a stellar job so far this season, always giving me a competitive car and we’ve all been working really hard behind the scenes,” said Hazelwood.

“It hasn’t all been smooth sailing for us with a little bit of inconsistency but that comes from trying new things and learning what does and doesn’t work at each track.

“However, when we’re on point the car is fast and we’ve proven this time after time.”

“I can’t wait to get to Bathurst and having a co-driver that’s probably done more laps than any other co-driver in the field this year is a great advantage for us.

“Jordan has shown huge potential and I know we’ll work really well together in the car.

“We just need to focus on our own race and complete our stints as smoothly as possible and hopefully we come away with a great result to finish the year off on a high.”