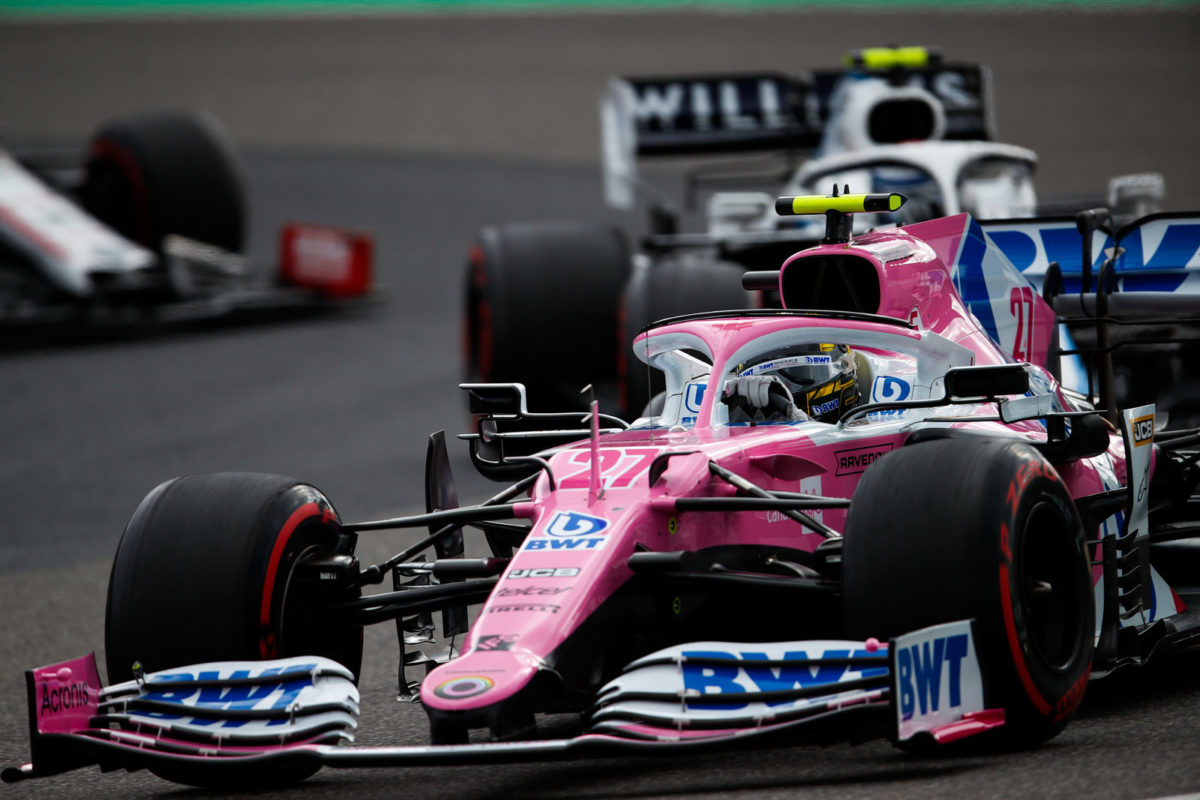 Hulkenberg was parachuted into the Racing Point team in place of an unwell Lance Stroll prior to qualifying.

With no practice ahead of the session, the 2015 24 Hours of Le Mans winner qualified last on the 20 car grid.

He then improved to eighth in Sunday’s race to score four world championship points for the team, which now sits third in the constructors’ championship.

It was a performance which saw him voted Driver of the Day by F1 fans globally.

“What a race and a story that was,” Hulkenberg said.

“I really didn’t think we could go from last to eighth – I’m not sure many thought it would be possible before the race.

“A lot of things happened around us and some retirements helped too, but I’m really pleased with our performance and it’s a real credit to the team.

“I went out there with the goal of driving as hard as I could and avoiding any incidents, and we managed it well,” he added.

“It felt strange at the start as I’ve not raced around a lot of cars like that for a while, but I made up a couple of places and I started to get into a good rhythm halfway through the first stint, which was crucial because we were able to extend it and it helped me get up to speed.”

Hulkenberg received the eleventh-hour call up to replace Stroll while sitting in a Cologne coffee shop when his phone rang.

It left him with little chance to prepare, with the bumpy Nurburgring circuit taking its toll on the 32-year-old who is pleased to have played his part to help the team.

“I’m feeling it now: it’s a very bumpy track and I’m a bit sore because it was mentally and physically demanding out there,” he said.

“I’m very happy with the result and it was great to play a part in the team moving up into P3 in the constructors’ championship.

“Obviously, there’s still a long way to go in the season, but I wish the team all the best in the coming races.”

It’s unclear when, or if, Hulkenberg will return to an F1 cockpit.

His three outings in 2020 have all been the result of illness, firstly covering the two Silverstone events for Sergio Perez and then for Stroll in Germany.

A break before the Portuguese Grand Prix allows the Canadian time to recover, and it’s therefore unlikely the 179 race veteran will remain in the car for the Portimao race.

Despite two points finishes from his two substitute starts (he did not start the British Grand Prix due to technical issues with the car), he remains without a contract for 2021.