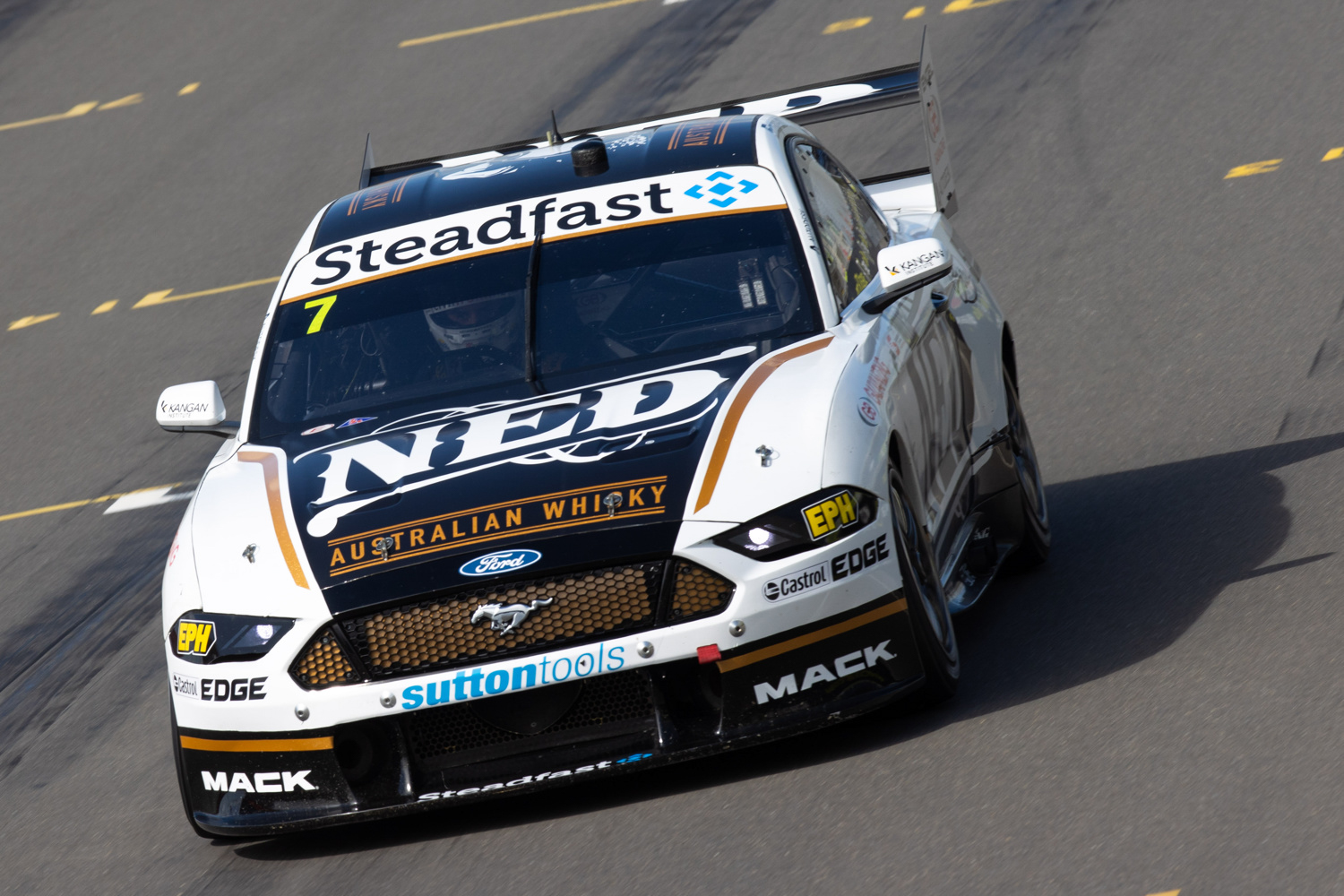 SPEEDCAFE: Reducing from a four-car team to a two-car team, Kelly Racing have probably got a much more focused team for this year. What do you think about the Kelly Racing line up?

MURPHY: Rick is… how do we put it? It’s an inconsistency, which I’m sure is annoying the absolute shit out of him. Why he’s unable to just find a bit of a rhythm. I just don’t think he’s still managed to find his rhythm and it seems that, his car’s quite sensitive.

We know Rick can drive a race car, and we know he can drive it beautifully and brilliantly. He’s won races before. It’s not an issue, but he’s not able to get all the pieces of the puzzle quite right, and in this championship, when a lot of people are getting the puzzle pretty well put together, maybe he’s always a couple of steps behind those last pieces and Andre’s a little bit ahead.

Andre seems to have managed to unlock something there a little bit quicker and is doing it a little bit more consistently. I hope it’s going to be different for them this year, but it’s a difficult one to have. There’s just not enough solid information or statistics to really have a great understanding of where they’re going to be.

What I’m super looking forward to with Andre is, and I’m sure he’ll be focused. I hope he gets in the shoot out and I can’t wait to see him do a shoot out lap, because I reckon, there’s something in there that could be quite special. 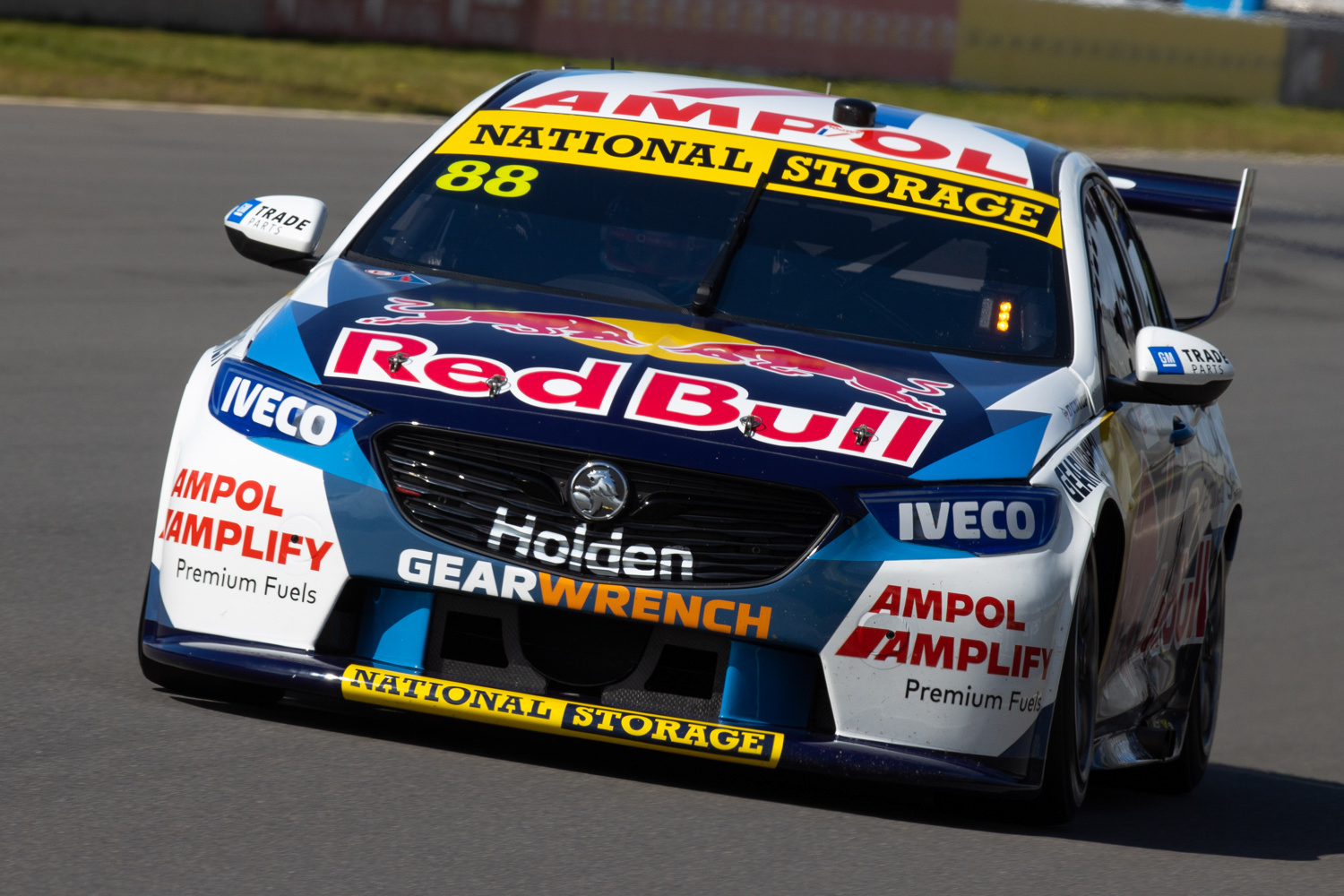 SPEEDCAFE: Garth came out the other day and said when they signed himself and Craig Lowndes on, everyone had to stand up and take notice and really hustle and get some really good co-drivers. Those four, they’ve proven time and time again that just by entering the race, they were in the top five as far as the odds go.

MURPHY: They don’t even have to enter the race and they’re still bloody capable of winning it. It’s just gold stars everywhere there, aren’t they? It’s just the numbers are staggering. The statistics just are insane, but also just the outright bloody numbers around all of them are just phenomenal.

What a great couple of combinations, and it’s dangerous. Incredibly, incredibly dangerous. It’s one of those things. It’s, for them, finding a way not to lose the race, because you just know that they’re going to be fast and consistent and deliver those performances.

The things like having the double stack and that kind of thing is their worst nightmare, really, because you just know that they do not give up until they’ve crossed the finish line at the end.

It’s an organization that prides itself on perfection and if it’s not perfect, it’s not usually too far off it. There’s been some glitches and some things happen over the years which will probably get regurgitated again in the lead up to this race, because it’s part of incredible Bathurst history, some of the things, but there’s no question that they’re hot favourites, and deserve to be as well.

SPEEDCAFE: What about someone like Shane van Gisbergen, he’s the only one in that quartet that hasn’t got a Bathurst win to his name. He’s come so close on so many times. What needs to happen for him to win it?

MURPHY: I think there’s been some hideous bloody things happen at Bathurst for Shane. It’s one of those deals where it’s a couple of little pieces of that bloody almighty great puzzle. They just all need to connect and the capability of that is enormous, and the chance of that is huge.

I think it’s better chances than not, but so far it has eluded. I’m sure that he’ll get wound up about it through his team-mates throughout the weekend that he hasn’t actually got one of those trophies.

But this race, this year, there’s no championship equations that need to be looked at or talked about, so there’s just one thing to do. It’s just one thing, and if Shane turns up there on Thursday morning and he’s got a mindset that we see him have when he just dominates and destroys. If he turns up with that, you know… man. Anything’s possible. 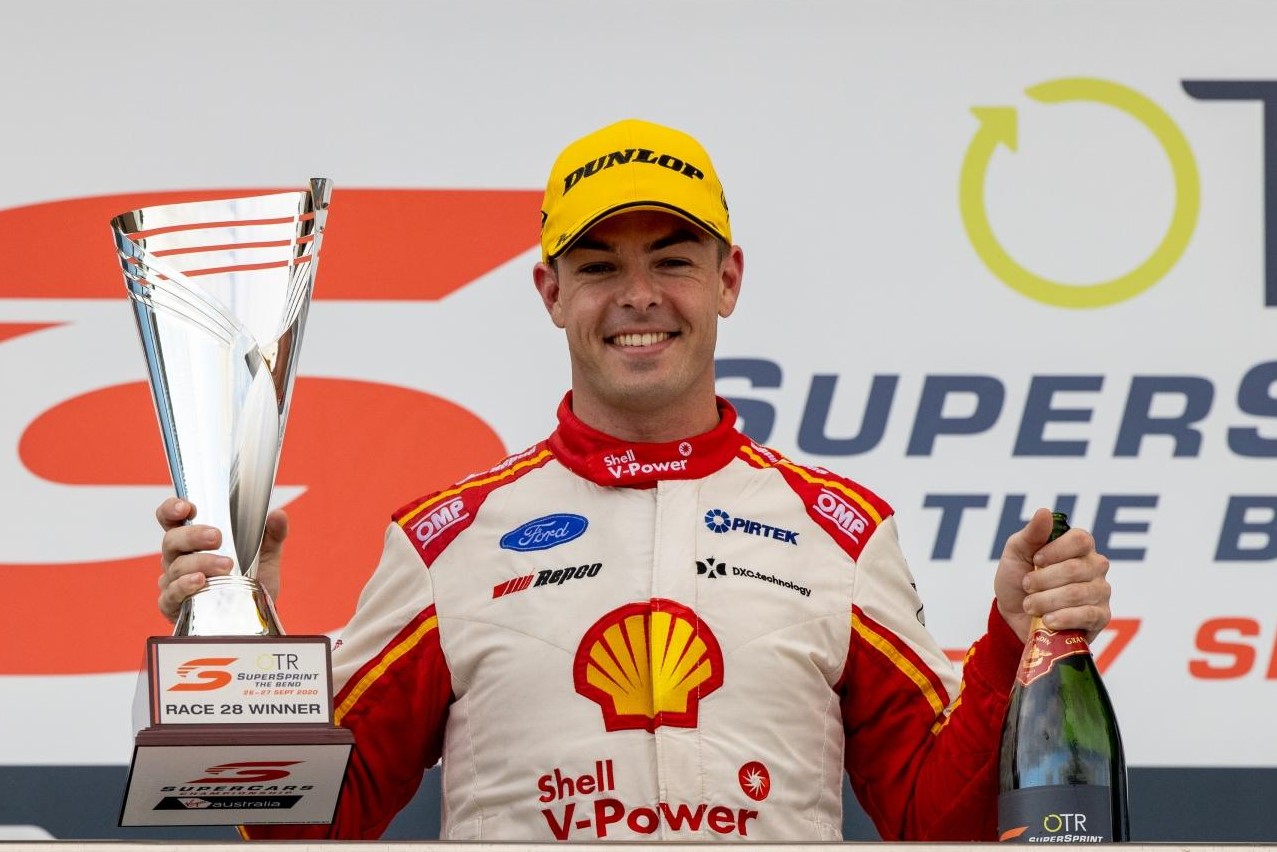 SPEEDCAFE: And that brings us to DJR Team Penske. Defending winners, defending champions. Scott McLaughlin talks about how this year has been probably his best championship as far as execution goes, not only for him, but for the team. Lining up against someone like Tim Slade, would you pick those two as being the favourites for this year?

MURPHY: Even with all Scotty’s success, and yeah, his dominance and everything, we’re talking sprint races. We’re not talking… well, yeah, some of them are a little bit longer than sprint races, but we’re not talking an endurance race.

You put the odds on, he’s going to be the favourite, I would imagine, on the bookies just because of being the champion-elect, and what he’s managed to achieve, but it still doesn’t make it so. It still doesn’t guarantee anything, right? It just doesn’t, and he knows that, but the difference now, which is a very powerful thing, especially in the mind of someone as efficient and as brilliant as him, is that he’s arriving there with everything else that has happened this year now in the past.

So he’s got one focus, one goal. There’s no championship to worry about, there’s nothing to worry about except, ‘Go and try and destroy everybody,’ and so that’s a pretty powerful thing to have. I think it’s just going to be an intriguing, amazing battle but nothing’s guaranteed at Bathurst, is it? Nothing.

SPEEDCAFE: It must be a bonus for Sladey knowing that he could just go in and not have to worry about the championship at all, and can just focus on doing his job right.

MURPHY: Yep. Absolutely, and we’ve seen Tim show immense speed up there and I’m sure he’s anxious. I’m sure he’s a little nervous, but I’m sure he’s absolutely pumped, just knowing what he’s got and what the opportunity is for him.

Someone of Tim’s experience doesn’t need to be told what his job is to be done.

SPEEDCAFE: And it’s a good opportunity for Fabian, right? Do you feel like this might be his chance to maybe get one back and have one for Team Coulthard?

MURPHY: I mean, if you’re going to write him off, then you’re a fool. I think, on a level playing field, car to car, it’s obvious that these are a one and a two. If you’re not going to accept that, well, then, you’re blind, so if they are head to head and they’re racing head to head, well, it’s for Scott to lose, because I think there’s an advantage there, but why wouldn’t Fabian and Tony be there somewhere thereabouts at the end with car speed and in the lead to be on the podium or, depending on what happens to everybody else, standing on the top stair? I’m certainly not putting them in a ‘no-way’ basket. There’s massive potential there to deliver what’s required, but in a street fight, you’ll always put Scott first. 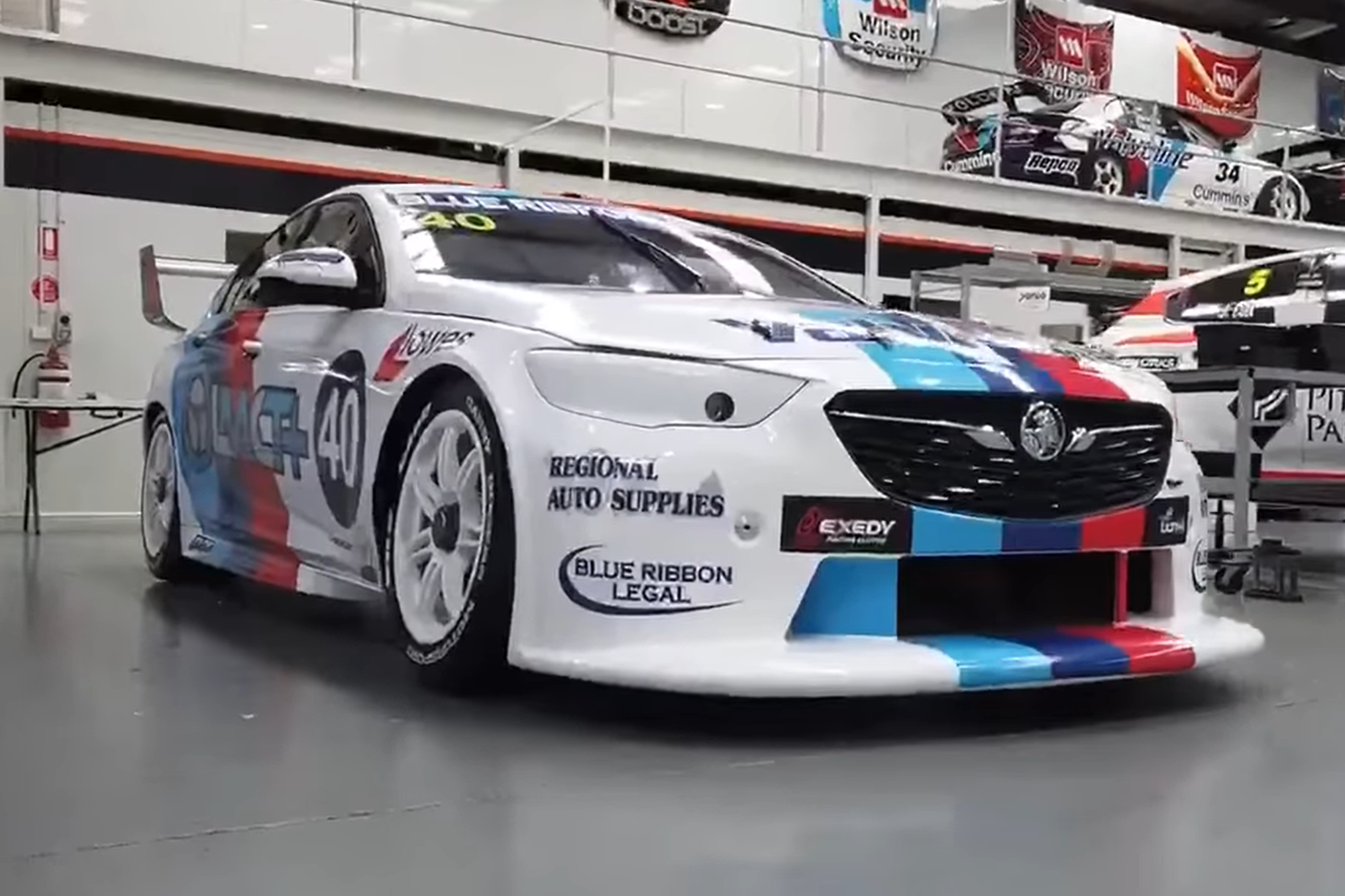 SPEEDCAFE: What are your general thoughts on GRM and making their return?

So, yeah. Good on them. It’s going to be a matter of understanding at the end of being realistic, which they will be, because they’ve got a team there that’s pretty realistic and led by Barry and Gary as well. There’ll be no expectation, essentially, on what their outcome’s supposed to be, other than hoping that they limit the amount of mistakes, make no mistakes and get to the finish so totally support what they’re up to.

This year’s Supercheap Auto Bathurst 1000 is set to take place on October 15-18. Stay tuned to Speedcafe.com for all your Supercars coverage.