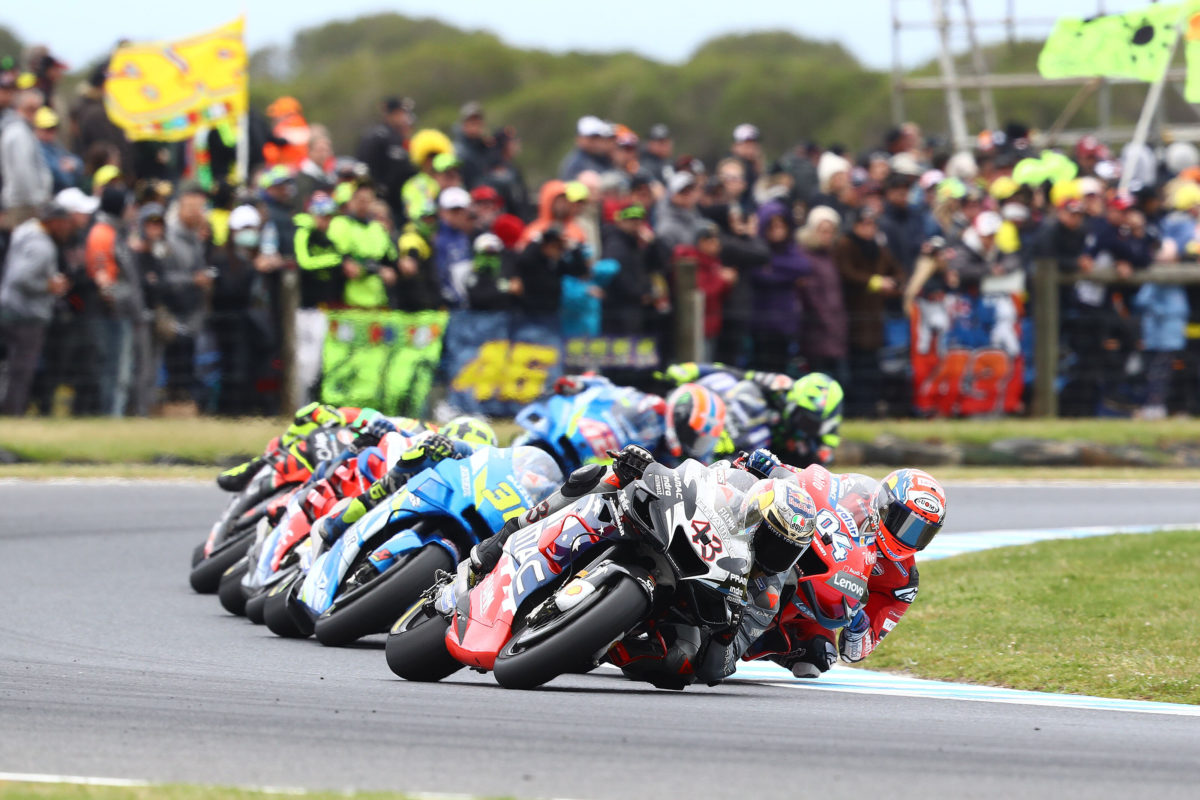 But for the Moto2 and Moto3 races which went ahead in Qatar in March, all rounds this year will be held in Europe, including five pairs of back-to-back rounds on the same circuit.

However, the next campaign should look much more familiar.

“Yes, our idea for next year is indeed to follow a normal schedule,” Ezpeleta told French network Canal+.

“We would start in Qatar in March and finish on the Ricardo Tormo circuit (Valencia) in November.

“Then there are several possibilities but the most important thing is to have been able to demonstrate that we could be able to ride anywhere despite this pandemic, that our paddock did not present any risks.

“We already have almost all the dates. We are not yet in a position to publish it, as we continue to work with Formula 1, to avoid potential clashes.

“But yes, the idea is to have a schedule that spans eight months.”

Ezpeleta’s comments back up those recently from Australian Grand Prix Corporation Andrew Westacott to Speedcafe.com, when he predicted that MotoGP will return to Phillip Island in 2021 in its customary late-October slot.

The Victorian circuit ultimately missed out on a place on this year’s tour due to the effects of COVID-19.

MotoGP is at France’s Le Mans circuit this weekend, where Jack Miller has put his Pramac Ducati on the middle of the front row having been slower than only Fabio Quartararo in qualifying.