Miller ‘risking life and limb’ on way to front row

Miller ‘risking life and limb’ on way to front row 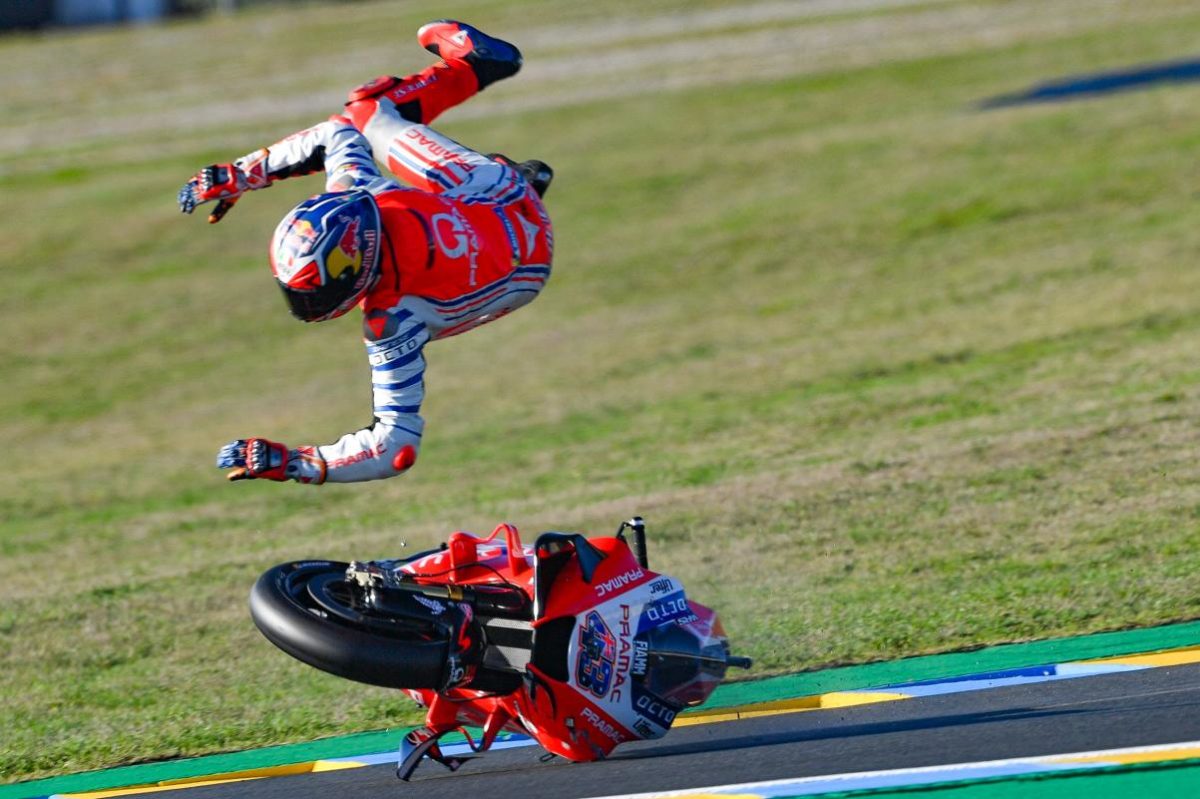 Jack Miller has joked that he was “risking life and limb” as he extracted a time good enough for second on the starting grid for this weekend’s French MotoGP.

The Pramac Racing rider grabbed provisional pole with a 1:31.537s just before the chequered flag, more than a tenth quicker than previous fast man Fabio Quartararo had been.

The championship leader was able to fashion a response in the form of a 1:31.315s but Miller will still start from the middle of the front row at Le Mans.

It was far from a straightforward day for the Queenslander, however, despite progressing directly to Qualifying 2 by ending Free Practice 3 in fourth.

He highsided in that session (pictured above) and nearly went down on fluid dropped by Miguel Oliveira’s KTM in FP4, before a committed effort to qualify at the sharp end of the grid.

“I lost a couple of years off my life, I think, at Turn 1 there, risking life and limb, but able to get through it (and) make a lap,” smiled Miller.

“Thanks to the team for putting the bike back together after that highside this morning and their amazing work all throughout the weekend.”

While Le Mans was dry after a weather-affected Friday, the mercury remained low, and Miller was thrown from his Ducati at Garage Vert near the end of the third practice session.

Ask how he felt, he responded, “Not too bad, to be honest; a little stiff, as always.

“With the highside, it’s never nice, and I’ve had two of them – same thing; cold tyre highsides – in the last three weeks, so I’m a bit over them, I can tell you that for free.

“It really caught me off-guard; I thought I’d heated it up enough on the right coming out, but clearly not. I was able to get up and walk away from it, thank God, and just get amongst it.

“In the FP4, I felt like I had good pace; before everyone started throwing tyres at it, Fabio and I were sort of one and two.

Miller finished fourth at Le Mans last year, when the French Grand Prix was held on a more usual May date.

He does not expect that an October encounter will be dramatically different, and feels fairly confident about how his Ducati uses its Michelin tyres over a race distance.

“It seems like, no matter when we come here at Le Mans, the weather’s pretty similar,” explained the 25-year-old.

“I think the biggest issue is I’ve done some race distance on the tyre from yesterday (Friday) – I started again on it this morning (Saturday) – and I feel relatively good with how the tyres are working over a race distance.

“But for sure, you’re going to need to conserve them a little bit, so we’re going to have to understand our (fuel) map strategy for the race and try to stick to it.”

Miller was one of five Ducati riders to start Q2, all of whom qualified inside the front three rows on the grid.

They include factory rider Danilo Petrucci, who is set to line up on the other side of the Australian on the front row.

In Moto2, Remy Garder (SAG Racing Team) also got onto the front row with a lap time 0.193s away from pole that left him third. 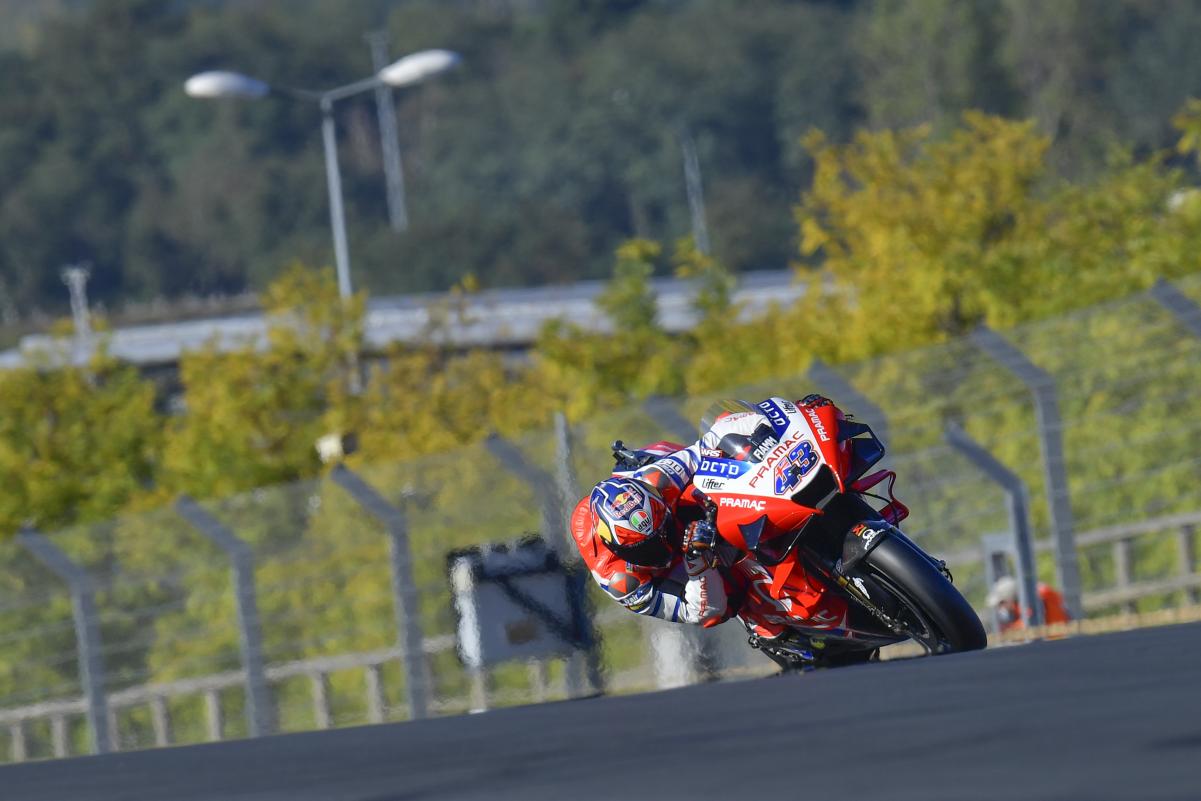 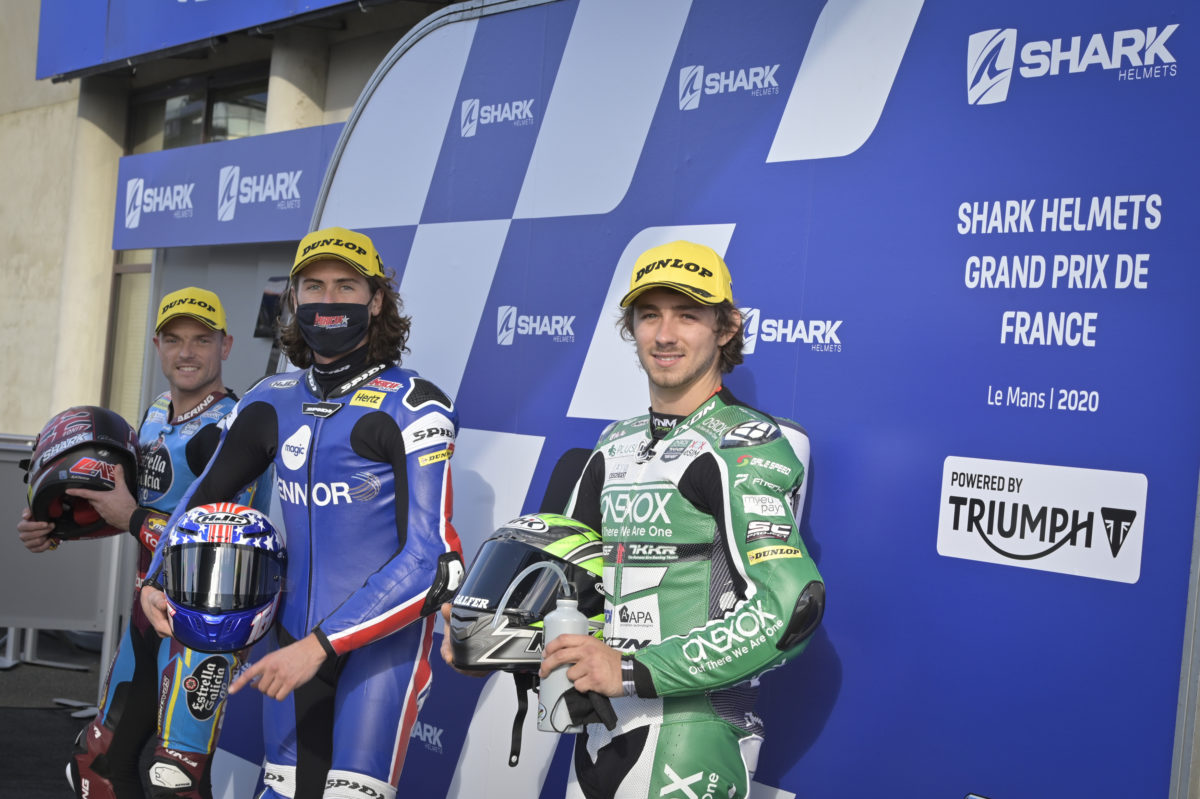