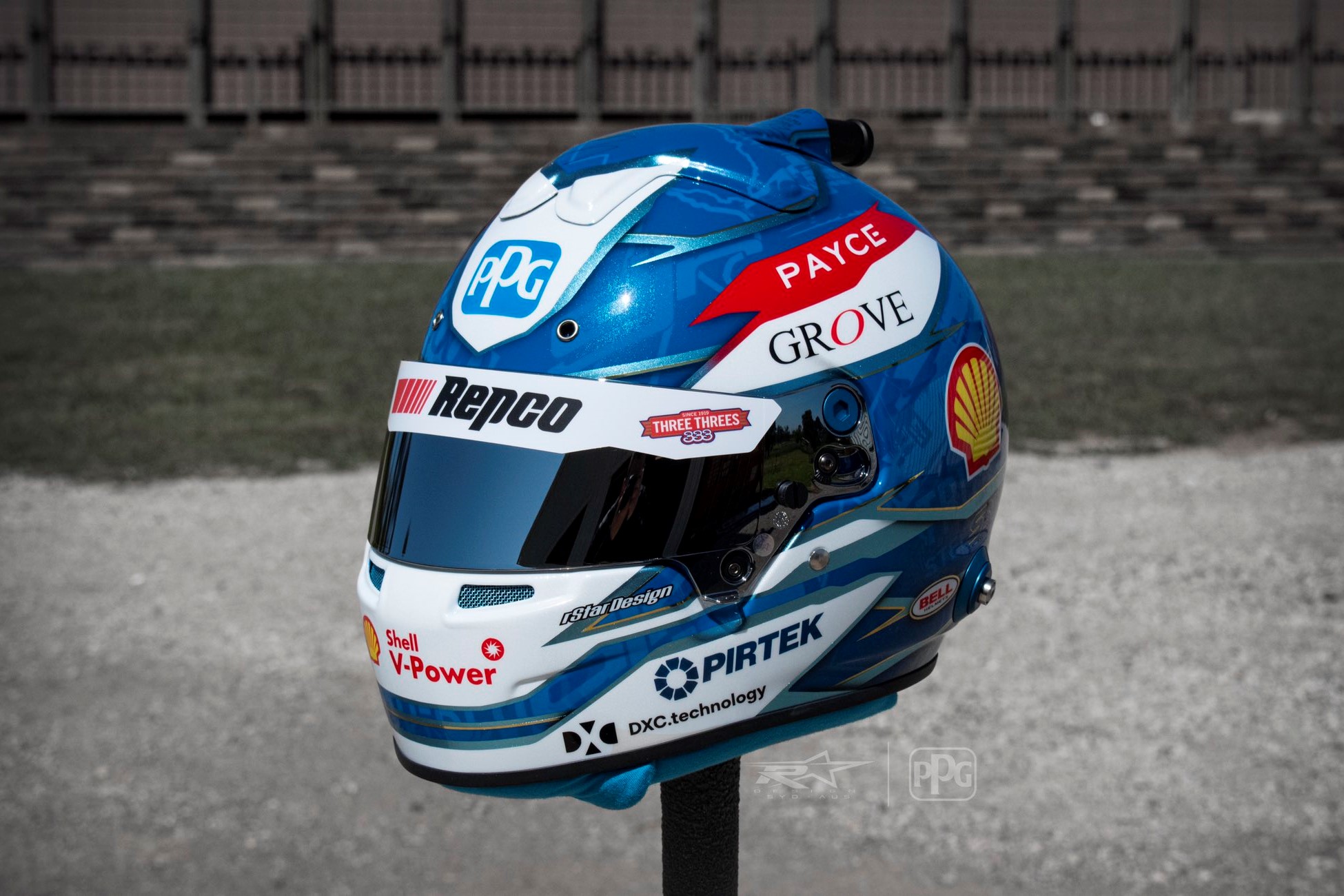 Scott McLaughlin has revealed a new-look helmet paying tribute to Dick Johnson and his Tru-Blu Ford XD Falcon on the eve of this year’s Supercheap Auto Bathurst 1000.

The predominantly blue helmet by rStar Design draws inspiration from the car Johnson drove to the Bathurst 1000 victory and the Australian Touring Car Championship crown in 1981.

Iconography on the helmet includes a silhouette of the Falcon, the Tru-Blue Steel Tubing logo, Mount Panorama, as well as the DJR logo.

Since joining DJR Team Penske, the Kiwi has run the #17 that has been synonymous with the Johnson family.

The helmet sports three stars above the #17 at the back of the helmet to recognise his latest championship success.

In a social media post, McLaughlin said he plans to give the helmet to Johnson following the Great Race.

The champion-elect will join Tim Slade in this year’s Supercheap Auto Bathurst 1000 on October 15-18.

It’s 40 years of DJR and I’m throwing it back to 1980 with a tribute to DJ and the Tru-Blu Falcon. I’m honoured to race the 17 for the Johnson family, to bring success to them is just a bonus. Thanks to Frank at @rstardesign for his creativity and first class service! pic.twitter.com/i2Uh5nUeWg