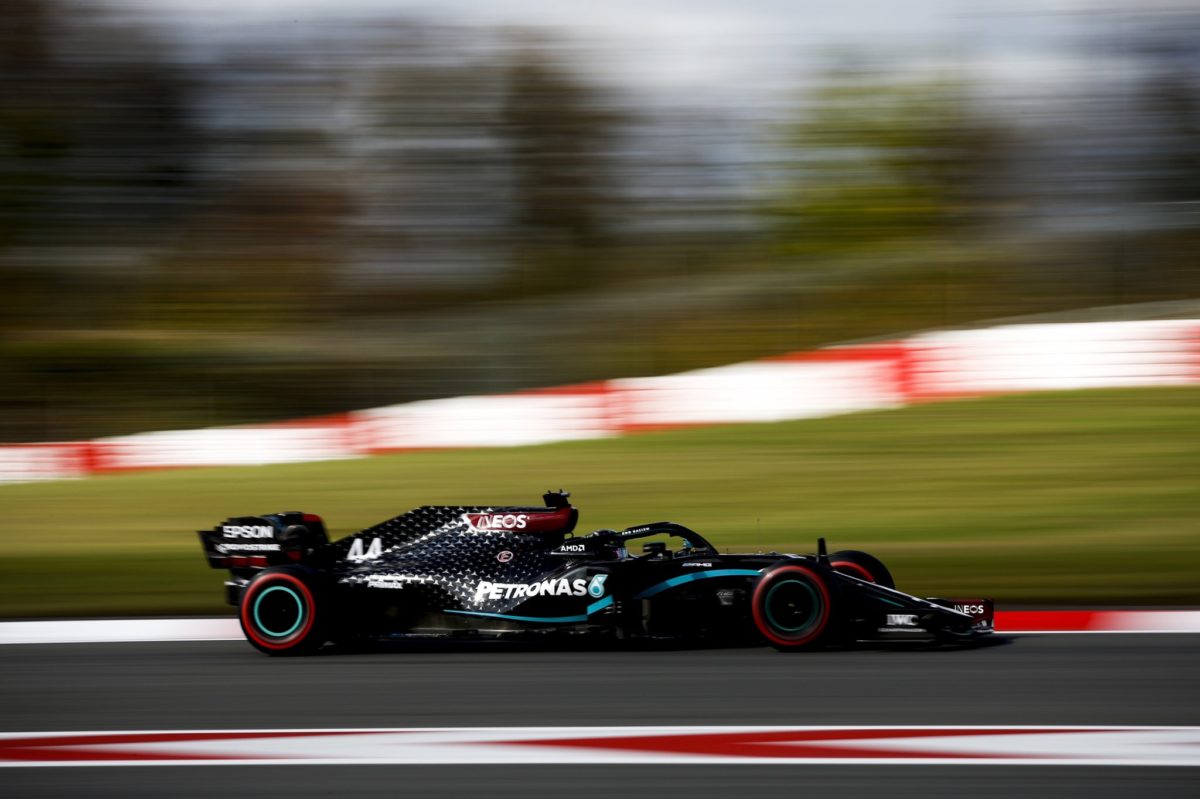 Valtteri Bottas denied Lewis Hamilton pole position in the Eifel Grand Prix in what was a three-way battle with Max Verstappen for the spot.

Bottas’ final lap of the session elevated him from third to first, while Verstappen went the other way as Hamilton also improved on his final effort.

Verstappen had set the provisional pole time with his first lap in Qualifying 3, and while he was able to improve on his latter effort it proved insufficient to maintain his place at the top of the timesheets.

“It’s such a nice feeling when you get it on the last lap with the last chance,” said Bottas.

“The last lap in Qualifying 3 was spot on, just what I needed. It was nice to get it together.

“Pretty tricky obviously with short practice and with these conditions, getting the tyres in the sweet spot during the out lap, that was I think one of the bigger things today.”

As the session began, Racing Point substitute Nico Hulkenberg was among the first drivers out on track.

It was the German’s first opportunity to sample the car after being drafted in just an hour before qualifying in place of an unwell Lance Stroll.

Though he found time throughout the session Hulkenberg ended the opening phase of the session slowest of the 20 runners with a 1:28.021s, five tenths off the pace needed to progress.

A battle at the top of the timing screens then developed between Verstappen and Hamilton during Qualifying 2.

The Dutchman ended the phase less than a tenth off Hamilton while Bottas was more than half a second slower than his Mercedes team-mate.

Running behind the Mercedes duo on track, Verstappen ran quicker still to improve the provisional pole time to 1:25.744s, 0.068s up on Bottas with the top three split by less than 0.1.s.

Alex Albon was next best after his first run in Qualifying 3, 0.5s down on the trio.

Perez ran off sequence for Racing Point, banking the sixth fastest time while every other car remained in pit lane in what would be his only appearance in the session.

On their second runs in the closing moments of the session, Hamilton was slower than his previous effort to the first split while Bottas improved.

By the end of the lap the championship leader had improved to a 1:15.525s, elevating himself to provisional pole.

Verstappen also found time as his lap unwound, though his final effort of 1:25.562s saw him drop to third on the grid.

Charles Leclerc climbed to fourth ahead of Alex Albon with Daniel Ricciardo sixth.

Sunday’s Eifel Grand Prix is scheduled to begin at 23:10 AEDT with conditions expected to remain cold but dry.