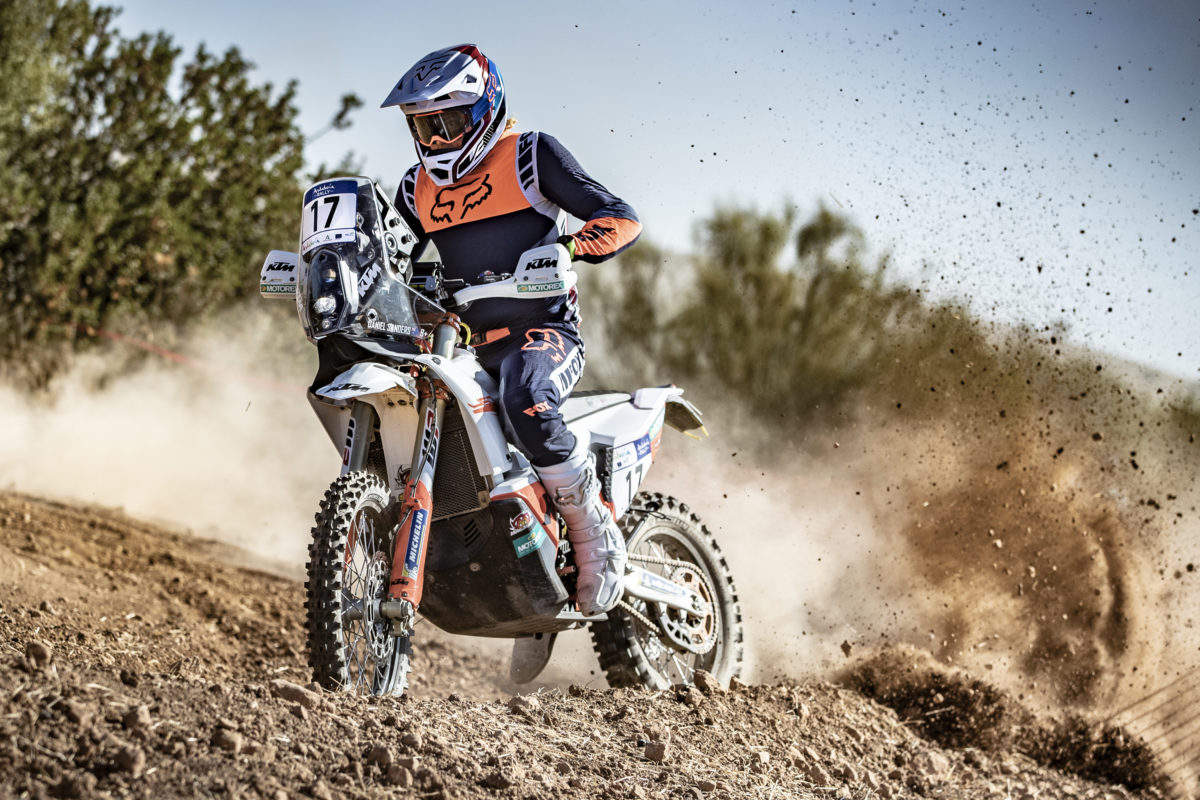 Australian factory KTM rider Daniel Sanders has claimed a stage win in the Andalucia Rally ahead of his first Dakar in the new year.

Sanders prevailed in the fourth and final stage of the event, by seven seconds over compatriot and team-mate Toby Price.

“I thought I might be on my way to a top five result and then at the finish line they told me I was number one,” remarked the Victorian.

“That was pretty awesome.”

Nasser Al-Attiyah won the Cars class in his factory Toyota Hilux, while Carlos Sainz was second in his X-Raid Mini JCW buggy.

The 2021 Dakar Rally takes place in Saudi Arabia in January.