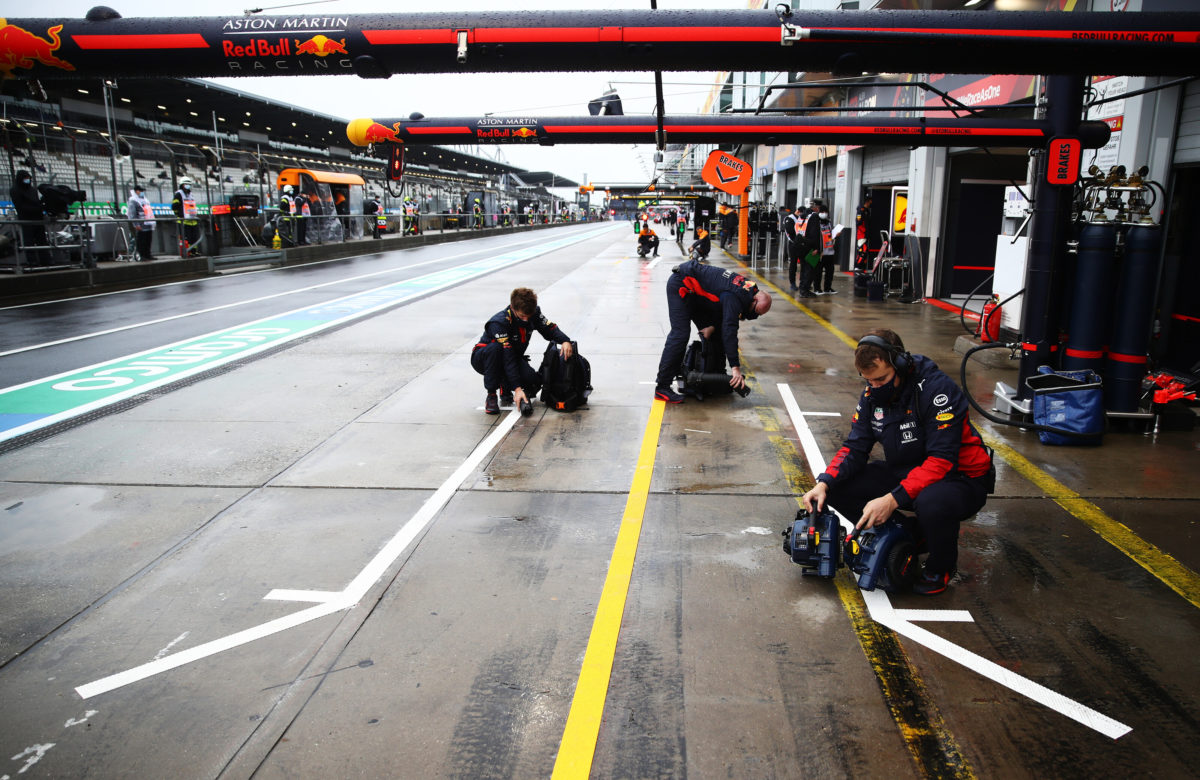 Friday practice was cancelled in Germany

Poor weather in Germany prevented any running on the opening day of the Eifel Grand Prix as Formula 1 returned to the Nurburgring for the first time since 2013.

Both 90-minute practice sessions were abandoned without a car taking to the circuit as conditions prevented the medical helicopter from taking off.

Scheduled to commence at 11:00 local time, the opening session was initially delayed by 30 minutes in the hope the weather would improve.

At 11:30 that was delayed by a further 30 minutes before being abandoned at noon.

“With the fog that’s come in, the medical helicopter is not able to take off and fly to the hospital,” explained Michael Masi, FIA Race Director.

“The distance by road is too far, should something occur.

“With the region that we’re in, it’s probably not dissimilar to Austria earlier in the year when we had a similar situation. It’s just the nature of the area and the location.

“The fog’s come in, and it’s all been going up slightly but coming down more dramatically, so we’ll just judge at the time (if track running can begin).

“From an FIA perspective, the safety of all the participants and the drivers hopefully going out is paramount, and that’s not something we will compromise.”

Free Practice 2 suffered the same fate; scheduled to start at 15:00, it was finally abandoned at 16:00 local time.

The cancellation of both sessions meant neither Mick Schumacher nor fellow Ferrari Academy member Callum Ilott were able to make their F1 weekend debuts.

Schumacher was slated to take part in opening practice session with Alfa Romeo, and Ilott with Haas.

With no running taking place on Friday, teams are left with a single 60-minute session on Saturday morning to prepare for both qualifying and the race.

Conditions around the Nurburgring are expected to improve on Saturday, with rain easing but temperatures set to remain in the single digits.