In the second instalment of a three-part feature, Murphy sat down with Speedcafe.com’s resident Supercars reporter Simon Chapman to talk about this year’s field. 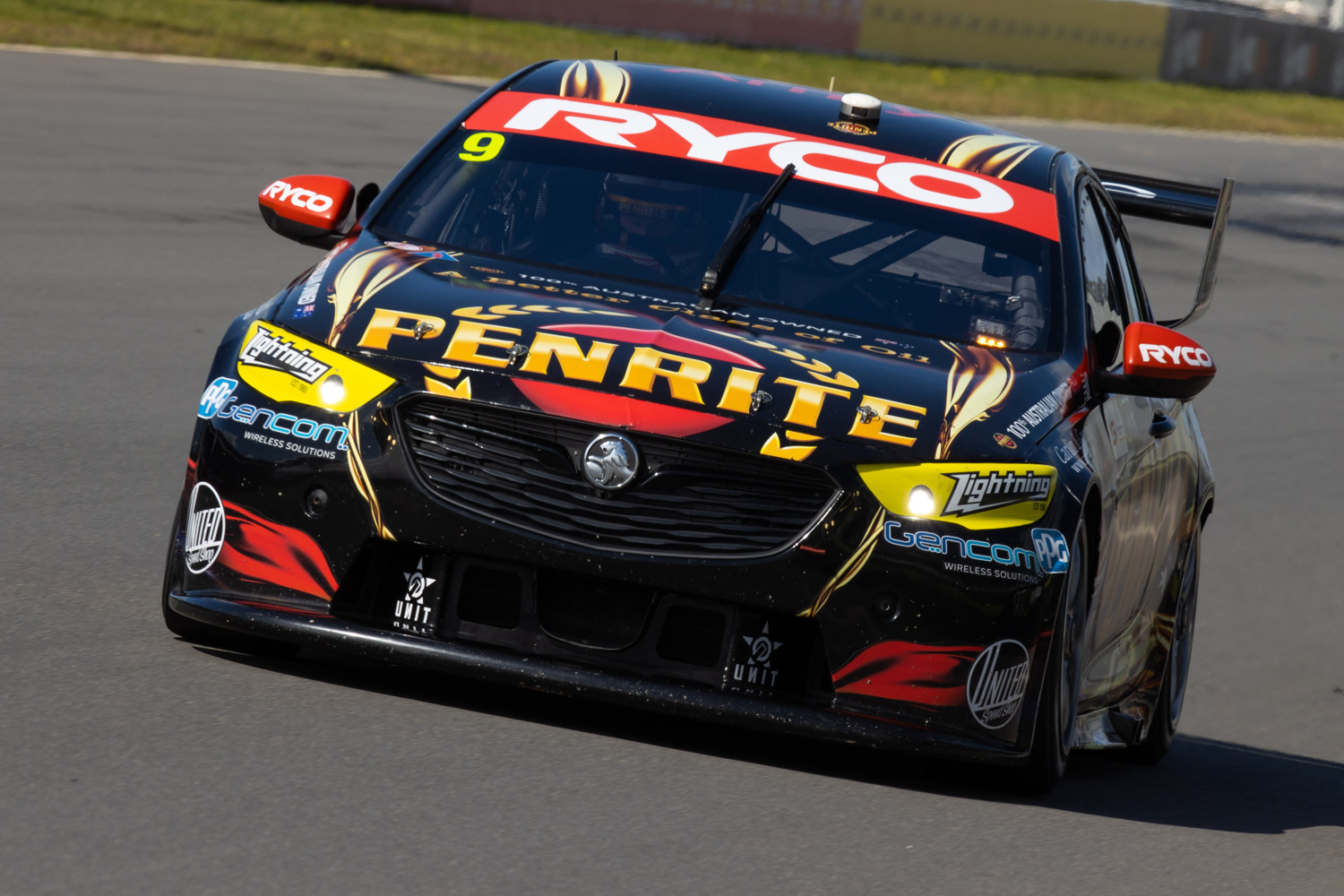 David Reynolds is set to be joined by Will Brown

SPEEDCAFE: Erebus, I think, are a really fascinating team this year because of the highs and lows that they’ve had; mostly lows for David and highs for Anton. Is it one of those places that could just reinvigorate Reynolds?

MURPHY: Yeah, they’re a bit of an enigma. I would normally be attached a little bit closer and have a bit more feeling. I don’t have the feeling or understanding of what’s all unravelled there for him to be a bit also-ran at the moment, and we know he’s not, so let’s hope that, as I say, the regular season essentially is finished and, like everybody, treat Bathurst as a completely standalone event.

That could very much be what he needs to change up and get himself back on form, and we know how fast he can be around there, so I really do hope that they become contenders, and the potential has been there.

This year is, and of late, you’ve sort of half-forgotten about him. I’ve sort of been looking at the results and stuff and seeing… and then you go… or you’ll see David for there list, and you’ll go, “Oh yeah. Ah. What’s up with that?” and go, “Where’s it gone wrong? What’s happening? Why is this not more regular David Reynolds inside the top five,” kind of thing, you know?

So that’s a bit of an enigma.

SPEEDCAFE: And what about those co-drivers? David’s with Will Brown, Anton’s with Brodie Kostecki. Brodie’s shown some really good pace in Super2 this year, and Will has shown glimpses. How do you rate those two?

MURPHY: Brodie shows speed no matter what he’s doing, whether it’s bloody virtual racing or Super2 or whatever or when he gets in a Supercar. So, great combination those two, and I think they’ll spur each other really, really well. I think Brodie’s going to be a huge asset for Anton. The two of them, who know each other, obviously, very well, and Brodie’s just smart. He’s very clever and I think he’s a brilliant race car driver, so it’s a sensational combo.

Will, he’s a young bloke in a hurry, and again, very, very talented. That’s another really good combo. If Dave turns up and everything’s right for him and headspace is good and he’s got confidence and he’s got a spring in his step, that’s another very strong one, and I really hope it is because we want to have all these guys dicing and racing at the front, but those two cars on the day, if it’s all going good, they’re going to be there. 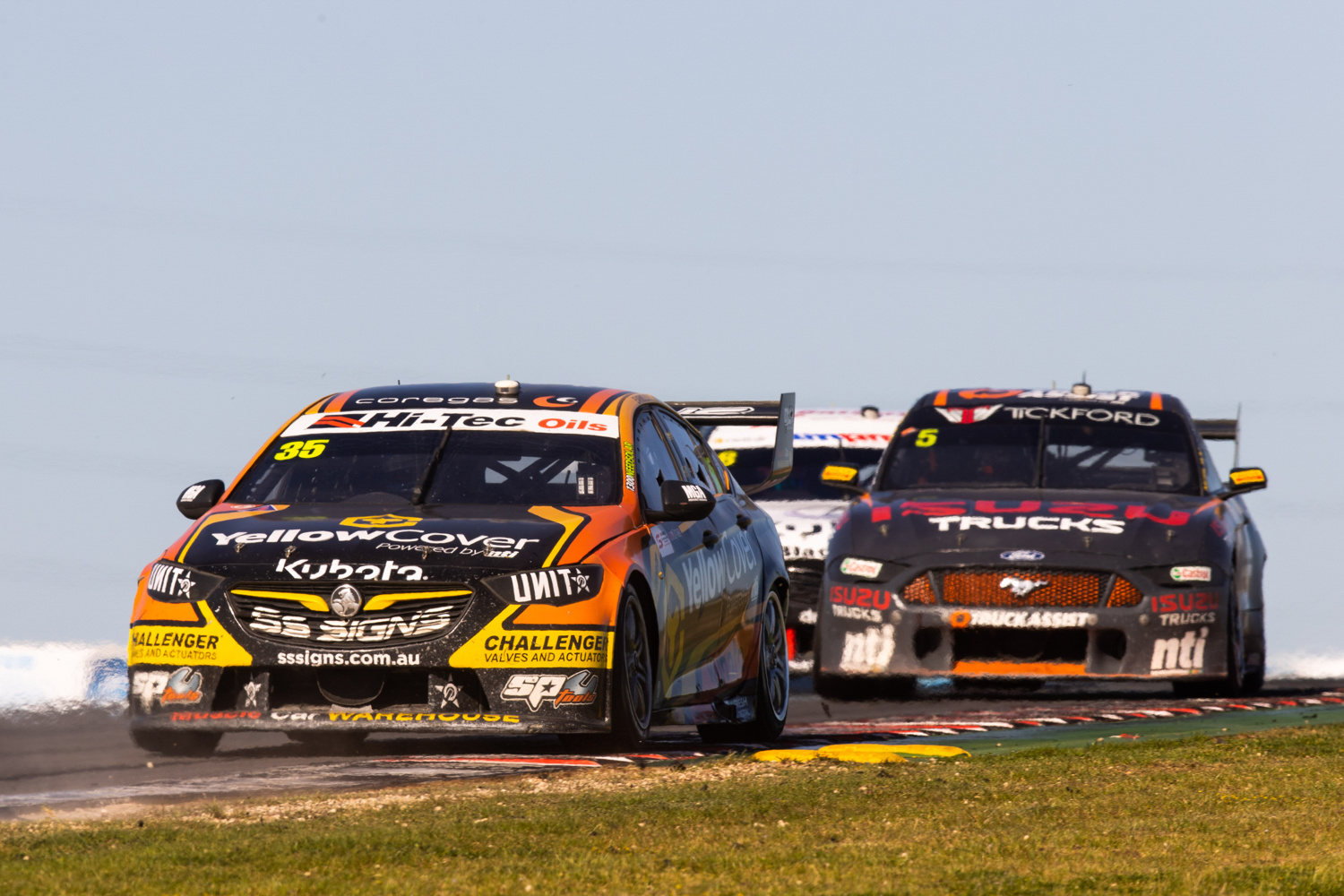 SPEEDCAFE: Garry Jacobson’s shown glimpses of pace this year. How do you rate Garry alongside David Russell?

MURPHY: Yeah, listen, that is a tough one to really talk about, because they’ve really one car. Yeah, I think you’ve sort of got two, really, one-car teams there, and when the other car is flipping out drivers and changing all the time.

I think it’s probably quite a tough situation for the team, and then tough for Garry being full time, and you probably feel a little alienated in some respects, potentially. So it’s going to be hard work. He’s energetic, Garry, there’s no doubt. He’s got one goal, that’s for sure. So it’s going to be a matter of just trying to stay calm, doing the right things, and again, being managed through that whole process by the team from the pits.

Dave Russell, he can pedal one of these cars too as long as Dave doesn’t want to go out there and try to do something to get himself a full-time drive next year. Just be the co-driver, back Garry up, and support him. They need to have a really good plan and structure in place about what they’re wanting to achieve, because it’s going to be obviously very tough for them to genuinely be a contender in any way. That’s just where it stands, so it’s about trying to find a really, really good consistency where you are ready to pounce if the situation presents itself. 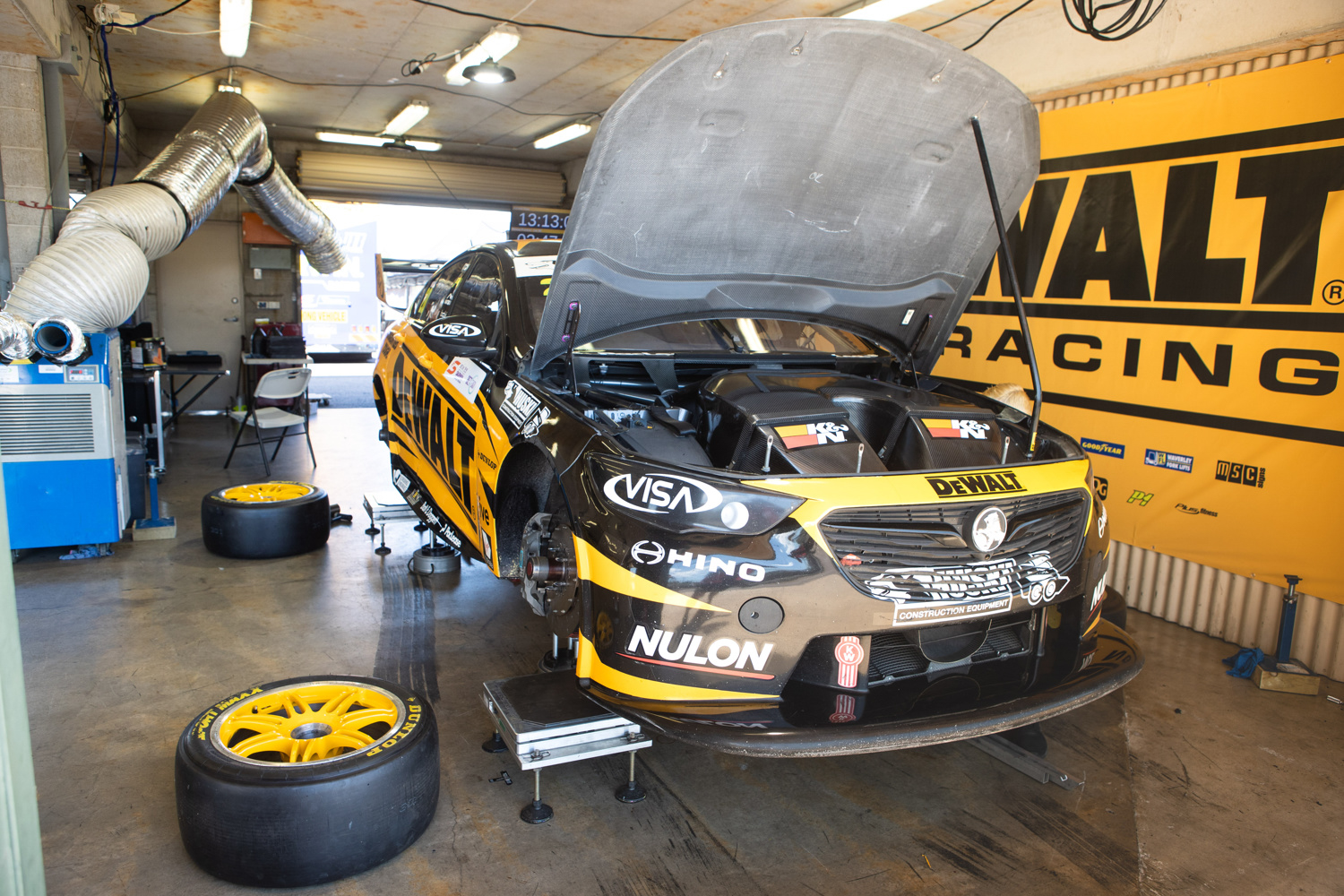 SPEEDCAFE: Team 18, they’ve expanded from one car to two this year. Got Scott Pye on board. He was on the podium last year as well. Mark Winterbottom, a very experienced head. Charlie said not too long ago he likes the underdog status, and whilst they’re a Triple Eight customer team, he doesn’t mind being the battler.

MURPHY: I wouldn’t be labelling them as underdogs or battlers, to be honest. The amount of skill sets; Phil Keed, Steve Henderson. A bunch of very, very clever, well-rounded people. There’s a bunch more in there as well, and with the driver list, I don’t see them as that.

So they’ve been standout for me as far as those recognition performances. It’s been awesome. They’re obviously missing out on a race win there, but maybe it’s not that far away.

A huge amount of talent supporting those guys for a race like this with huge amounts of ability and knowledge so they are both incredibly capable as we know, so anything’s possible, again with those guys, to be in the right place at the right time, I reckon.

SPEEDCAFE: And they’ve got two very experienced co-drivers as well. Dean Fiore’s done Bathurst plenty. James Golding less so, but he has also got full-time experience. Those are two handy co-drivers, don’t you think?

MURPHY: Yep. Completely. They know how the grid works. As you say, one’s been around a long time and played a great support role, and James is young, hungry, very fast.

It just might need a bit more controlling and guidance, but I think it’s an opportunity for him to shine for sure in this role and learn again from a different race team with different people with the same skills but might do things a different way.

So there’s a chance to take on and develop as a driver with some of the people, and also the main drivers in that team, so very exciting, two combinations in cars that should be very fast. 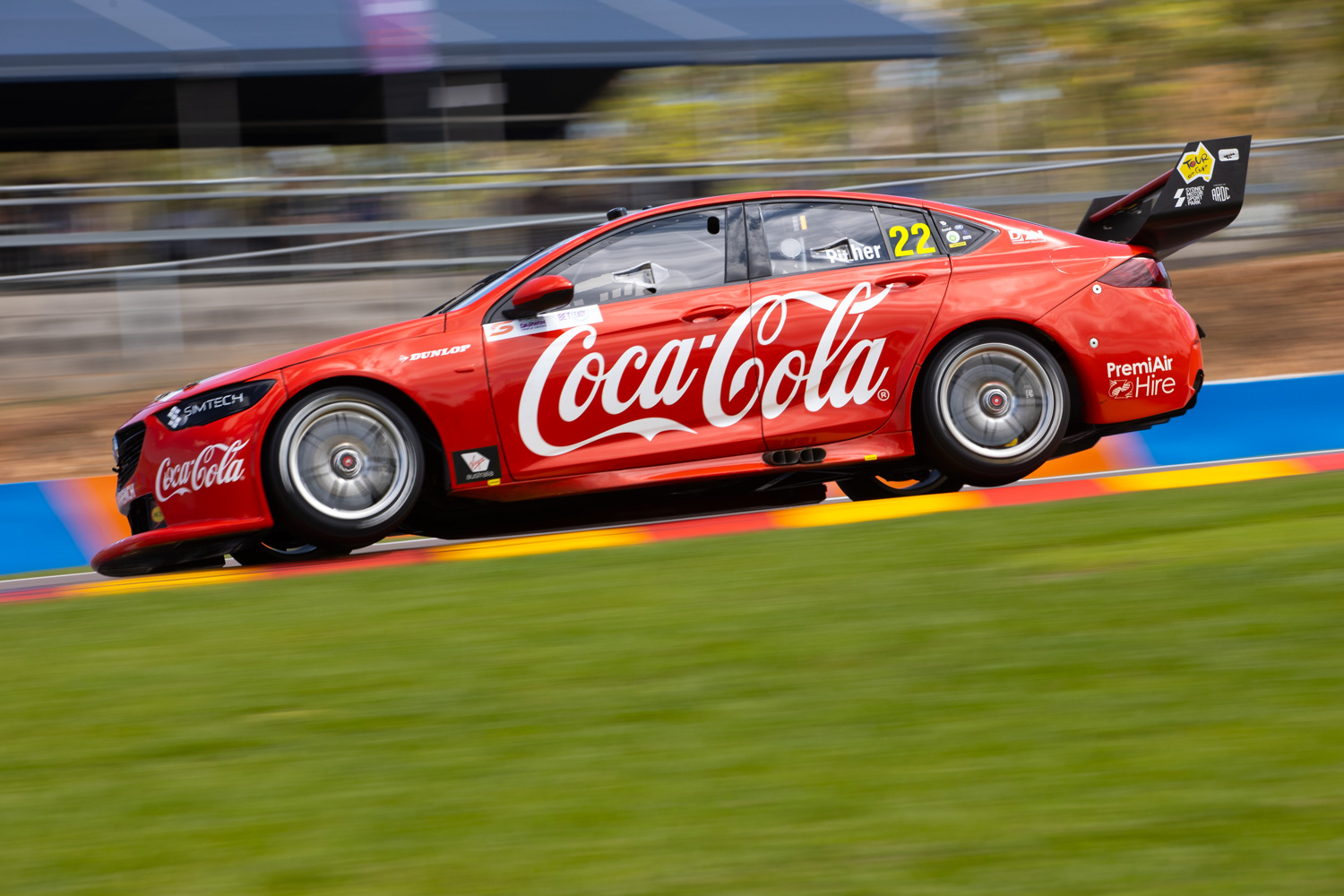 MURPHY: Yeah, you see a bit of a piecemeal kind of vibe about it. It just doesn’t still come across or feel fully connected and know exactly what it’s doing, I suppose. All the drivers all drive Supercars very well, but there’s so much more to an endurance race than that, right?

You’ve got to have every dot dotted and T crossed because it’s not just about what happens on the racetrack. It’s strategies, it’s just preparation. It’s the car. Throughout four days, it’s all the bits in the right places all the way through, and making sure that you’ve ticked all the boxes, and still, it doesn’t quite feel like that, come Sunday, all the boxes are going to be ticked and there’s no stress.

Yeah. Jonathon knows how to win the race. He knows what it takes, and probably the only good thing about going to Bathurst this year is it’s the one consistent thing that we’ve had.

We’ve had all these format changes and stuff this year. But at least he goes to Bathurst, he knows what the weekend’s going to look like, he knows how to set up a race car.

SPEEDCAFE: Do you think that does lend work into their favour with some sort of stability as far as the weekend schedule goes?

MURPHY: Knowledge is key, for sure, and if he’s energized and wants to take that lead role and apply it and utilise every bit of that experience and stuff that he’s got and make the most of it then yeah, definitely.

It’s going to help, for sure, without a doubt, but it’s such a big task, and it’ll be a challenge for them and maybe it’ll all work out well, but as far as consistently running the top team against the field that we’re going to have, it’s going to be tough work.