Whincup/Lowndes to race Car #888 at Bathurst

Whincup/Lowndes to race Car #888 at Bathurst 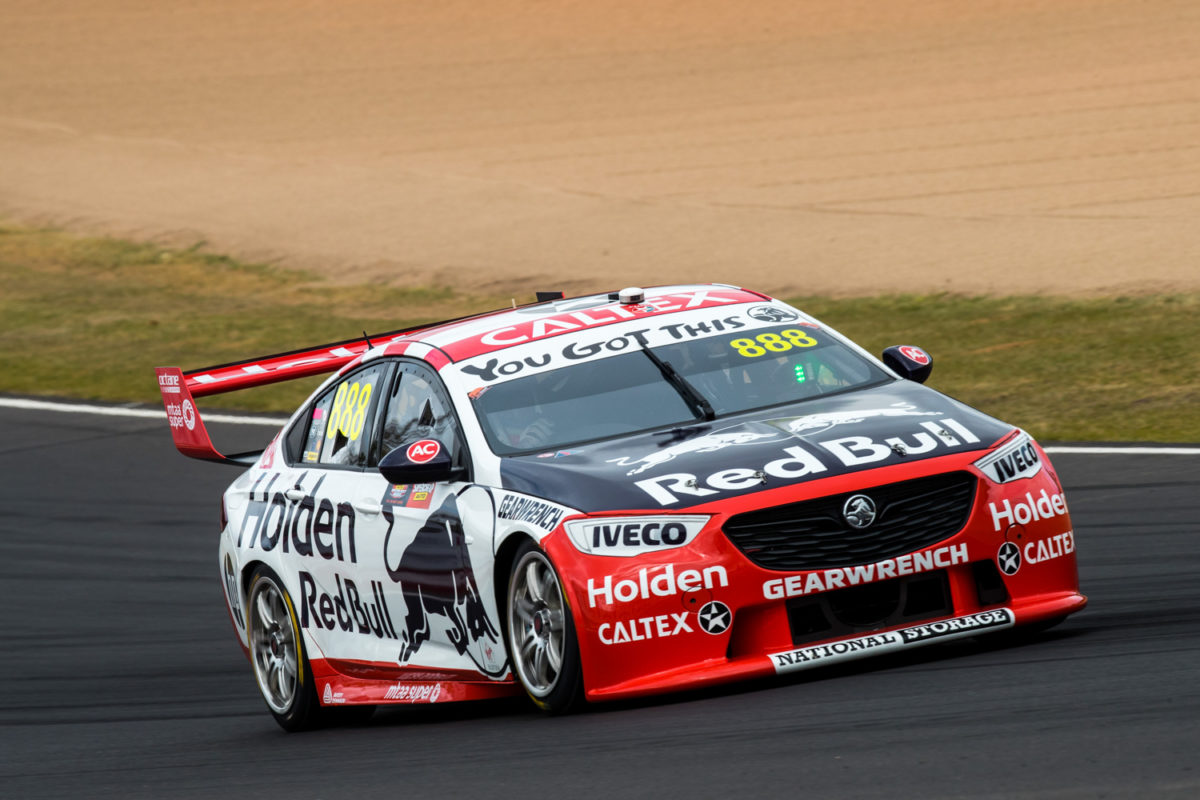 Triple Eight Race Engineering placed its iconic number on ‘holiday’ after Lowndes’ retirement from full-time competition in 2018, which saw the team revert to a two-car operation.

It did, however, switch Whincup’s somewhat regular #88 for #888 when he combined with Lowndes for last year’s Pirtek Enduro Cup, as planned, and will do so again this time around at Mount Panorama.

“Running the triple-eight number is something they did last year as well, so there’s obviously plenty of history for those two under that number,” Red Bull Holden Racing Team boss Roland Dane told Speedcafe.com.

“I think it’s just appropriate that we carry it on. It’s very much become something that’s been linked with Craig now over 15 years, so it’s only right and proper that they should be carrying that into Bathurst this year as well.”

Whincup and Lowndes have driven together at Bathurst five times, in Car #888 on each occasion.

They won three in a row from 2006 to 2008 and finished fifth in 2009, the last season in which full-time drivers were allowed to pair up, when Triple Eight also switched numbers in a nod to its trademark.

In that campaign, Whincup gave up the #1 he was entitled to as the previous year’s champion in deference to #888, and #88 was temporarily brought back for the car driven by Allan Simonsen and James Thompson.

Car #888 finished fourth in last year’s Great Race, Whincup having had to pit from the lead for fuel with 10 laps remaining.

It was also taken to victory in 2010, 2015, and 2018, the first of those with Mark Skaife as co-driver to Lowndes and the latter two with Steven Richards playing the supporting role.

As such, there is one more chance for it to win Supercars’ biggest race as an official factory Holden entry, with this year’s Mount Panorama enduro to be the marque’s last before it is retired.

Lowndes, who made his debut with the Tom Walkinshaw Racing incarnation of the Holden Racing Team, has predicted that its final Great Race will “hit me hard”, while Whincup says the weekend will be a special one.

“We’ve been really proud to represent HRT in the last few years but, whatever it is, whatever the numbers are, Bathurst is so important to Holden supporters and employees, and of course the factory Holden teams originally from HRT.

“Yeah, it’ll be a special weekend.”

Triple Eight’s #97 Red Bull Holden Racing Team entry also has a firm link to HRT’s heritage, with co-driver Garth Tander having won the Great Race for the factory team of the day in 2009 and 2011.

He will partner Shane van Gisbergen for a second year when the 2020 Supercheap Auto Bathurst 1000 takes place from October 15-18.